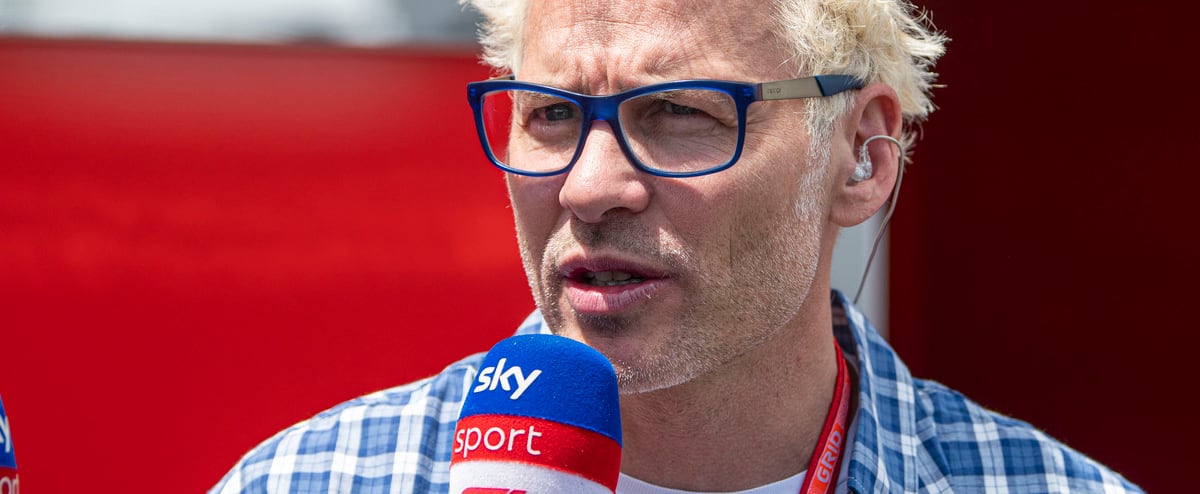 Jacques Villeneuve has never been a big supporter of his compatriot Lance Stroll and he added a layer on Sunday at the Eifel Grand Prix in Germany.

The 1997 world champion said stomach discomfort should never stop a driver from starting in F1.

• Read also: What would the Racing Point team do without Sergio Pérez?

“Whether you have a stomach ache or haven’t eaten for a week, you still have to keep that appetite to run,” Villeneuve said on the Sky Italia TV network where he is an analyst.

“Either Lance is unwell,” he asked himself, “which may mean that his case is more serious than we think, or he doesn’t have this desire to want to race in F1. It takes a very good reason to be away. ”

This is not the first time that Villeneuve has attacked the young Quebecer. “Never has a driver known so many setbacks in his rookie year in the history of F1,” he said in 2017.


What you must remember

In the yard of … very old

It was only a matter of time, but Lewis Hamilton finally equaled the record of 91 victories held by Michael Schumacher by crossing the finish line in first place on Sunday at the Eifel Grand Prix in Germany.

He now has six more races this year to join the kaiser who alone holds the mark of seven world championships. As well say that it is only a formality, he who has an overwhelming priority of 69 points on the board in front of his poor teammate, the Finnish Valtteri Bottas.

While it is true that Hamilton has the best car on the grid, we will never hesitate to describe him as one of the greatest in F1 history, if not the greatest. Can you tell yourself that pilots have also benefited from the best mount in the past, but never have they won so much.


And to think that it was in Montreal that it all started for Hamilton. On June 10, 2007 at the Circuit Gilles-Villeneuve, he reached the top step of the podium for the first time in his career, just after his sixth start in F1.

Brilliant second at the Nürburgring on Sunday, Max Verstappen once again saved the day aboard his Red Bull by finishing second behind winner Lewis Hamilton while giving him only four seconds.


The Dutchman also deprived his rival of a point when he set the fastest time in the race, on his very last lap.

We imagine that if Verstappen took the place of Valtteri Bottas at Mercedes, the task would certainly be more complicated for Hamilton.

Hard for Latifi and the Williams

Another Grand Prix to forget for Nicholas Latifi who, behind the wheel of his Williams, had to settle for 14th place.

“It was a tough race,” said the Toronto driver. We don’t know why but we lacked pace compared to Haas and Alfa Romeo cars. ”


Involved in a clash with Kimi Räikkönen, his teammate George Russell was forced to retire. The two drivers from the Williams team are now the only ones not to have scored this year.

Two points will not be enough

Romain Grosjean finally collected his first two points in the championship by finishing ninth in the Eifel Grand Prix. But this result is no guarantee that he will keep his wheel next year at Haas.


On the contrary, its colorful manager, Günther Steiner, suggested that he, like Kevin Magnussen, go and chat with other teams!

According to Canal +, the Russian billionaire Dmitry Mazepin would be willing to buy the American team with the specific aim of making his son, Nikita, run there in 2021. As what, it has now become a common practice in F1. And we certainly don’t need to give you examples …

Victoria Smith who hails from Toronto, Canada currently runs this news portofolio who completed Masters in Political science from University of Toronto. She started her career with BBC then relocated to TorontoStar as senior political reporter. She is caring and hardworking.
Previous Thanksgiving: open or closed on October 12, 2020?
Next Mikko Koivu delighted to play Columbus

Régis Lévesque was my friend. He was an uneducated man, but smart as two monkeys! …