“I love you Beirut”: Mika’s message of universal love

Mika was shot to the heart when the explosions of August 4, in the port of Beirut, devastated his hometown. In response to the horror of the pandemic as well as the drama in Lebanon, the singer has set up the virtual charity concert “I love you Beirut”, which TVA will broadcast exclusively in Canada this Friday.

By videoconference with a handful of Quebec journalists from Athens on Tuesday morning, the future artistic director of “Star Académie” explained with all his eloquence that “I love you Beirut” takes the form of a communion of spirit, at “broad and universal” message.

The meeting has already rallied Internet users from 120 countries across the globe when it was first broadcast on YouTube on September 19, despite the privacy generated by the confinement. And the project was carried with a lot of love, Mika specified.

“When we talk about Beirut, if we don’t know Lebanon and the recent history of the country, we immediately have the idea that it is already [catastrophe]. For many people around the world, it’s not easy to understand the human side. It’s horrible to say it, but there’s a bit of this perception, that it’s not working [là-bas], that the political system is full of corruption, that it is war… ”described the latter.

“And, when I realized that the concert was selling all over the world, I said to myself that we had a responsibility. It was necessary to communicate emotion, to provoke empathy, to tell stories, to form a human connection. For an hour and forty, we shut down the political side, but we did not soften the human side. We amplified little human stories, in this world where scandals make the most noise, where the images of the apocalypse take our attention. The human part, afterwards, is often forgotten, ”continued the world-famous singer-songwriter.

After its first life on the web, the event “I love you Beirut” was then presented on television, on France 2 on October 1, as well as in Italy and Lebanon.

The show, originally nearly two hours long, was filmed in a small 1950s theater in Tuscany, where cameras were placed “from all angles,” Mika said. A host of personalities took part.

Here, it will be relayed in a 90-minute format, including commercial breaks. TVA has kept the numbers featuring Louane, Kylie Minogue and Rufus Wainwright for the Quebec audience. Of course, Mika revisits his great successes there.

And it is time to celebrate despite the sad circumstances, promised the instigator, who made a point of paying tribute to the resilience of the Lebanese, an important characteristic trait of his people, he believes.

“It was a challenge to talk about some stories that, frankly, draw tears, and, a minute later, to be dancing, illustrated the artist. If I couldn’t mix sadness and joy, create a big emotional gap, make people cry and dance, it wouldn’t be true to what I consider the most Lebanese part of my personality. . “

By purchasing the broadcasting rights for “Je t’aime Beyrouth”, TVA undertook to hand over the entire sums of the broadcasting license to the Lebanese Red Cross and Save The Children Lebanon organizations, to which all the organizations were dedicated. donations collected thanks to “I love you Beirut”. More than a million Euros have already been accumulated.

“It’s a nice start to something that will be very intense, called ‘Star Académie’, which will arrive next year,” smiled Mika, who said he was already happy with his collaboration with TVA.

Mika and his family have not lost any loved ones in the tragedy of two months ago, which left 200 people dead, 6,000 injured and left 300,000 homeless.

“But everyone I know knows someone who has been injured, who has lost everything or who is dead,” said Mika. It is a crisis that is difficult to quantify. A few hundred people died from this explosion, but when you try to visualize 300,000 people who no longer have a home, it becomes surreal. The repercussions of these two explosions, in combination with political instability, the economic crisis and COVID, make the situation very critical in Beirut. ”

Victoria Smith who hails from Toronto, Canada currently runs this news portofolio who completed Masters in Political science from University of Toronto. She started her career with BBC then relocated to TorontoStar as senior political reporter. She is caring and hardworking.
Previous COVID-19: Saguenay – Lac-Saint-Jean turns orange
Next His neighbors tell him that he won the Nobel in economics! 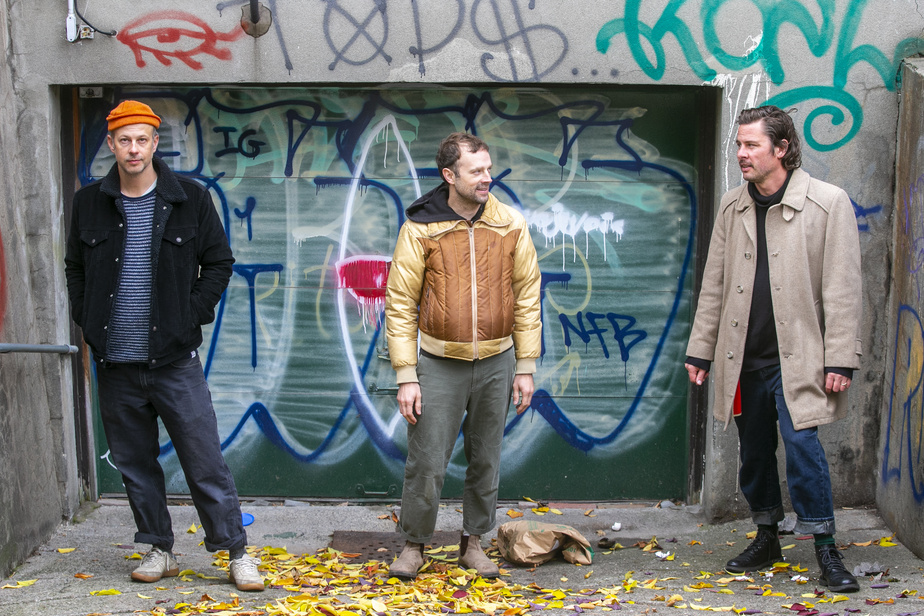