During the summer, the team of Car guide had the chance to bring together before everyone else the three plug-in hybrid compact SUVs on the market, namely the Ford Escape plug-in hybrid, the Mitsubishi Outlander PHEV and the Toyota RAV4 Prime.

Three vehicles that are particularly important for the Quebec market, knowing our enthusiasm for compact SUVs and electrified vehicles.

Unsurprisingly, the RAV4 Prime would stand out in this competition layout in the Car Guide 2021. Then, for its part, the Outlander would finish dead last, due to its aging technology. Between the two, the Ford Escape did well. A product allowing Ford to shine in Quebec, thanks to this plug-in hybrid, with which we were still able to drive 66 kilometers before using a little gasoline. We then had a pre-production vehicle on hand, the quality of which seemed very serious to us.

Despite having neither the power nor the versatility of the RAV4 Prime, favored by its four-wheel drive, the Escape plug-in hybrid was far from disappointing. What is more, Ford advertised very competitive prices, despite the fact that the vehicle was hardly eligible for full government credits.

Why that? Because the rule stipulates that the size of the battery must be greater than 15 kWh for the consumer to benefit from the $ 5,000 granted by Canada, and the $ 8,000 offered by Quebec. However, Ford has integrated a 14.4 kWh battery, while the RAV4 Prime is equipped with an 18.1 kWh battery. Result, a subsidy cut in half compared to the RAV4 which, however, is hardly more energy efficient than the Ford Escape.

Here is a debate which does not really need to be, since after several months to make us languish, Ford announced the postponement of production of this version of the Escape. Production postponed to spring 2021, for a model that could land here somewhere when the snow melts. This is frankly disappointing news, considering all the talk Ford has made over the past year regarding the optics of its green shift.

So why such a delay? According to Ford, accessibility to batteries is in question, as is COVID-19. The excuse of predilection which explains many things, but which is certainly not valid in the case which concerns us. Indeed, the stopping of production of vehicles for an average period of two months cannot explain why the arrival of a model is postponed by one year. A few months, at most, which is not the case with the electric utility either Mustang Mach-E which was originally scheduled to hit the road this summer, and which you will be waiting for several more months.

And if the issue of batteries was really in question, how could we explain the arrival in just a few weeks of the 2021 F-150 hybrid and the immediate availability of the Explorer hybrid? We must therefore dig deeper to explain the putting on hold of the marketing of this Escape, which could have been a great success with us, from this summer.

First, know that at the time of this writing, it is still possible to configure, on the Ford of Canada website, a plug-in hybrid Escape whose entry price is $ 37,549 before discounts. You are even told the possibility of financing a 2020 model at a rate of 0.99%, although the vehicle does not yet exist.


This therefore proves one thing: Ford’s strategists in Quebec were ready for its marketing. However, those who work on the other side of our border have decided otherwise.

Why? Probably because Ford has seen the marked lack of customer interest in the next-gen Escape. A completely redesigned model for 2020, but which has nevertheless seen its sales drop dramatically this year. You will tell me that it is normal that sales have decreased in 2020, a consequence of this pandemic which has affected everyone. And you’re right. However, while the average compact SUV saw its sales fall by 28% in the country, Ford plummeted 42% for the same period. A disaster considering that in 2020 it was a brand new model, and that the leader of the segment that is the Toyota RAV4 only lost ground by 15%.

In fact, only the aging Jeep cherokee saw its sales decline even more sharply in percentage terms, with Ford in second place. Would we have thus decided to question the strategy, given the fact that the dealerships are filled with Escape who do not find a taker? Would we also have chosen to wait to see the success of the Bronco Sport (derived from the Escape) which will land in December, to perhaps adopt a new marketing plan? Or, did we go back to the drawing board to put a bigger battery on this Escape, so that it could be eligible for the same credits as the already very popular Toyota RAV4 Prime?

One thing is certain, a reason going well beyond the framework of COVID-19 explains this decision, which once again negatively affects the image of the manufacturer in Quebec. Because with the almost total abandonment of its cars, which includes the Fusion plug-in hybrid, Ford no longer has any minimally green vehicle to offer its customers. Oh yes, the Escape non-plug-in hybrid, but at a price over $ 40,000 …

Victoria Smith who hails from Toronto, Canada currently runs this news portofolio who completed Masters in Political science from University of Toronto. She started her career with BBC then relocated to TorontoStar as senior political reporter. She is caring and hardworking.
Previous The Dodgers imitate the Braves
Next NFL: not good news for the Titans 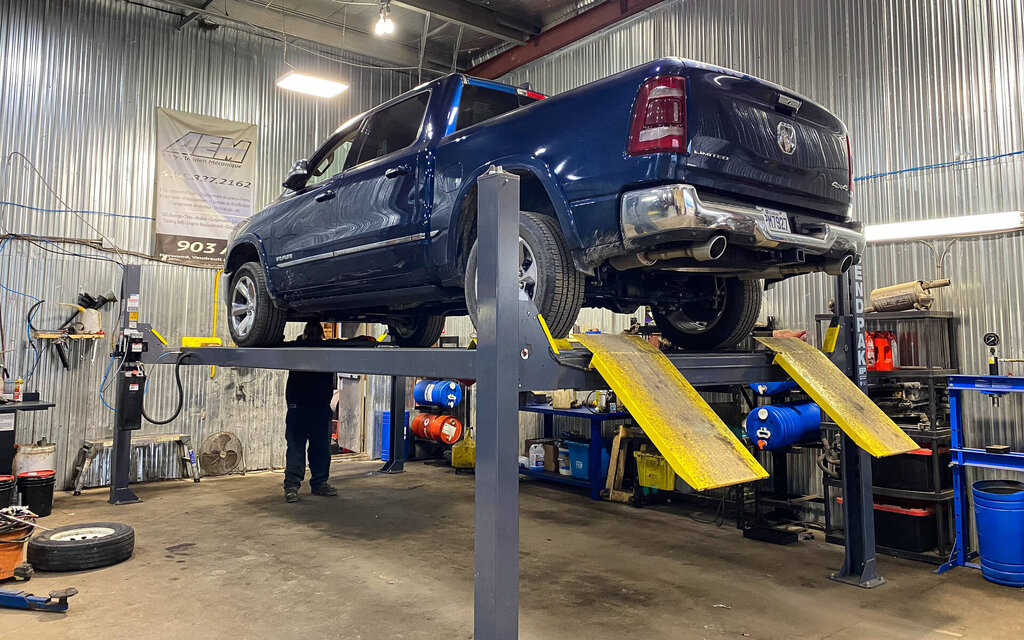