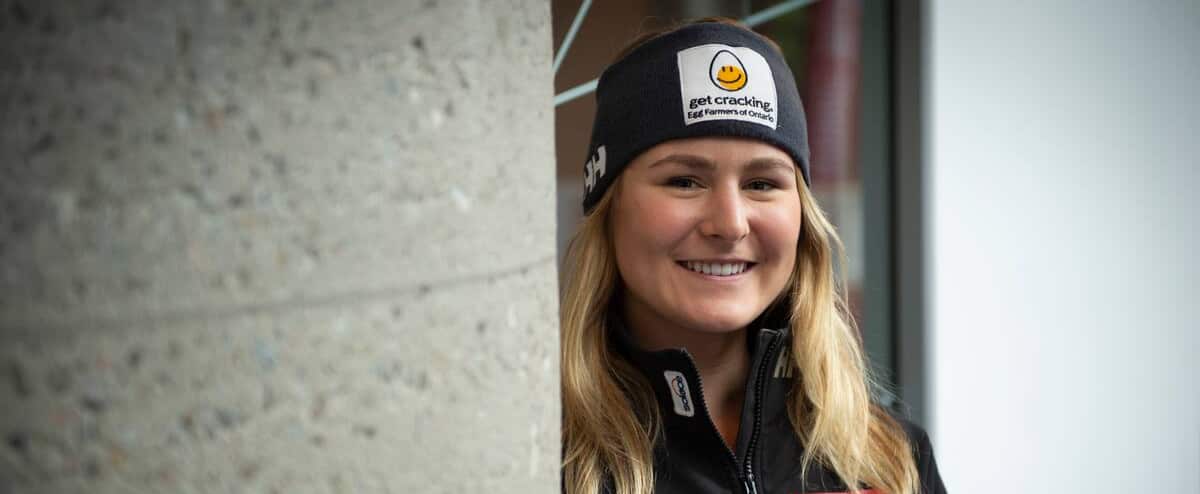 Valérie Grenier said earlier this week that qualifying for the second downhill of the giant slalom at Sölden would be a good start after being sidelined since February 2019. And that’s what she achieved by finishing in the top 25 at the first World Cup of the season, Saturday in Austria.

The Mont-Tremblant skier, who recovered from a quadruple fracture to her right leg, finished the competition at 25e row, 6.10 seconds from first place. Attacking the most difficult course on the circuit, the 23-year-old overcame his nervousness and enjoyed excellent conditions.

“It’s super good for me as a first comeback race,” she said in an interview with Sportcom. Honestly, I was pretty nervous. Just during the warm-up, it wasn’t good conditions and it didn’t give me any confidence at all. It looked like my legs were tired and I felt like I was really not skiing well. I was starting to have doubts, but I tried to put it aside and stay positive, to tell myself that it was going to be okay. “

Valérie Grenier explained that she had difficulty in the first corners, but she was able to adapt quickly. “In the pitch, you never feel good and I kinda expected that. I continued to fight and it turned out well in the end, ”she said. However, she said she was disappointed with her second run.

“I missed the adrenaline rush skiing in the World Cup and even the stress before the race. It had been such a long time since I had felt this, she added. And just to cross the finish line and see a result still not worse, it’s really a good feeling. ”

Italy’s Marta Bassino claimed the second World Cup victory of her career with a cumulative time of 2 minutes and 19.69 seconds. Her compatriot Federica Brignone (+ 0.14 s) and Slovakian Petra Vlhova (+ 1.13 s) completed the podium.

This giant slalom marked the start of a new Alpine Skiing World Cup season, when the last one ended abruptly due to the COVID-19 pandemic. In the current context, no spectator had access to the site.

Quebecer Marie-Michèle Gagnon had not initially planned to start her season in Sölden, but she was participating in this race to gain experience at the start of the campaign after having had success in training. The speed specialist took the 55e rank of the first descent.

“Unfortunately, I didn’t ski like I was skiing in training. I was disappointed that I did not qualify and did not perform well for me ”, she said of this“ bonus ”race.

“There are advantages to having started and seeing how I will react in a race situation. […] It was a mega-test. But it’s a month and a half before the next competition and that doesn’t define the season at all, in my experience. ”

Valérie Grenier and Marie-Michèle Gagnon will prepare for the next events of the World Cup season which are scheduled for November.

Victoria Smith who hails from Toronto, Canada currently runs this news portofolio who completed Masters in Political science from University of Toronto. She started her career with BBC then relocated to TorontoStar as senior political reporter. She is caring and hardworking.
Previous Slovakia: screening campaign for the entire population
Next 1,279 new cases of COVID-19 in Quebec

The second time was good for the Cardinals