The real gravediggers of the Nordics

Insiders knew this. But they had no proof. Even Marcel Aubut waited 25 years for confirmation of his worst suspicions.

• Read also: Nordics: little appetite to save them

He’s a journalist from Journal of Montreal who provided all the missing evidence. Patrick Bellerose from the Parliamentary Bureau in Quebec.

In a two-page article published last Sunday, we have all the confirmation that Prime Minister Jacques Parizeau did not really want to save the Nordiques. The main objective was for the Parti Quebecois government to get out of history without too many scratches so as not to harm the referendum that would take place five months later.

Bellerose’s story is fascinating and we realize that Bernard Landry, Johanne Blackburn and all the ministers, except Jacques Brassard, followed the thought of their leader. In step. It is truly astounding.

The final headline of Journal of Quebec “Aubut refuses. It’s finish ! “Made Marcel Aubut’ odious for failure. When you read the minutes of the Council of Ministers at the time, you understand that this was precisely the main objective sought by Mr. Parizeau’s advisers.

Insiders knew this. Including Jean Royer, Jacques Parizeau’s chief of staff. Passed to Loto-Québec and CGI. And Denise Bombardier, very close to members of Jacques Parizeau’s close guard, told me a dozen years ago when talking about the “failure” of the government negotiator: “We still need to know what it really was. the mandate “. Ms. Bombardier’s message was obvious to decode. The mandate of Me André Jolicoeur, the lawyer hired by the government, was not to save the Nordics, it was to save the image of the government.

Marcel Aubut has refused for several years to grant interviews. But in the 25 years since the Nordics left, he has recounted in detail in some conversations how the negotiations went. His friends, like Reynald Brière, former president of TVA, Pierre Racine, former president of Rolls Royce, aircraft engines, Jean Pagé and a few others listened to these anecdotes in the evening after a day of motorbike.

Where is the first citizen?

For example, during one of his first meetings with Jacques Parizeau, the Prime Minister had told him: “How can I go ahead with your requests when the city’s first citizen is not with you? “

The first citizen obviously being Jean-Paul L’Allier, mayor of Quebec. L’Allier was very close to Mr. Parizeau and his wife Lisette Lapointe. We remember that they had listened together to the bye Bye. However, Jean-Paul L’Allier did not want to know anything about the Nordics. And it went back a few years already.

I had interviewed him for a television series, “Le hockey, notre passion”, a Quebec version of The Game inspired by Ken Dryden’s book. It was disturbing to hear him talk about Quebec “at the end of the economic chain” after New York, Toronto and Montreal. In other words, the decision to buy a box for Volvo would not be taken in Quebec. Not even in Montreal. Probably in Toronto, but in some cases the decision would be made as far away as New York.

Hearing the mayor of Quebec tell you that between two shots foreshadowed what would happen next. In his mind, Quebec was not a big city.

The idea of ​​a casino

The Nordiques had presented a comprehensive plan for survival and revival based on the tourist character of Quebec City.

The Nordics were asking the government for help, but this aid would have been taken from “entertainment” dollars instead of taxpayer pockets. The plan called for the construction of a new sports center where a modern and income-generating casino could have been installed. The objective being that it is the visitors and the players who finance the aid to the Nordics: “We would have given the equivalent in publicity and visibility thanks to our television and radio network. Not to mention that we offered to promote the casino in the cities that the team visited, ”Mr.e To goal.

But Mr. Parizeau quickly refused the offer for two reasons, according to what the witnesses remember: It was the City that owned the land where we could have built the new Colosseum and without the full support of Mr. L’Allier , the government could do nothing. And there was no question of reducing the impact of the La Malbaie casino, which was encountering difficulties. A casino in Quebec could have cannibalized part of the clientele.

Curiously, it was a Liberal Prime Minister, Mr. Jean Charest, supported by a PQ mayor, Régis Labeaume, who provided Quebec with a sports center worthy of the name. The Videotron Center.

The offer presented to the Nordiques could not be accepted. The government, in exchange for its aid for two years, got its hands on more than 20%. percent of the team’s property and made sure to double their stake if the team were to be sold after that short delay.

In any case, Gary Bettman and the governors of the National League would never have accepted that a government had access to a seat among the owners. On leaving, the proposal concocted by Mr.e Jolicoeur and Jean Royer could not but be refused by Me Aubut and the other Fleurdelisés shareholders.

Five months after the loss of the Nordics, Mr. Parizeau and the sovereignists lost the referendum by 50,000 votes. History has learned that it was the low score obtained by the Yes in the Old Capital that cost a country’s dream.

Victoria Smith who hails from Toronto, Canada currently runs this news portofolio who completed Masters in Political science from University of Toronto. She started her career with BBC then relocated to TorontoStar as senior political reporter. She is caring and hardworking.
Previous Salary: $ 177,048. Profession: indoctrinator and propagandist
Next In the big leagues 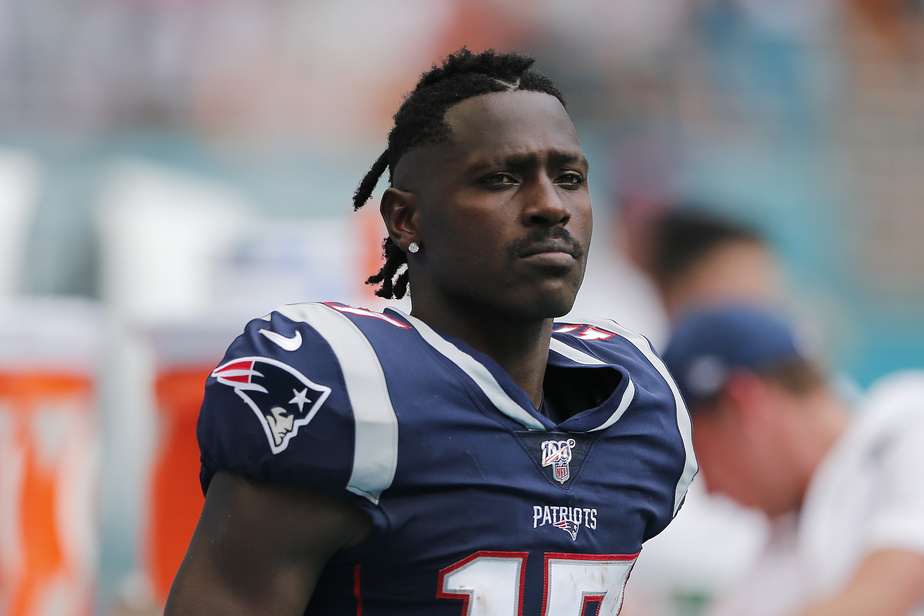