“Make-up” by Daphné B: Make-up in all its nuances

If Daphne B had to bring a single object to a desert island, it would be a kohl pencil. “To write on my face and on paper,” she said. In his fascinating essay Makeup, the author throws a nuanced light on the many socioeconomic ramifications of makeup. All with lucidity, vulnerability and poetry.

The poet and essayist Daphné B handles the pen and the eyeliner with the same skill. She also considers makeup to be a form of self-writing. And she could not do without either.

“By putting on makeup, I tell myself. I blend in with a sponge, I sweep with a brush. I am the author and the text and I write to myself, ”she wrote in her essay.

The young writer wears makeup every morning, even in times of pandemic. Even when she doesn’t step outside all day. The makeup ritual brings her the same benefits as a meditation session, she says.

During her MA in Translation at Concordia, she spent hours online reading consumer reviews of beauty products. “I always have procrastination strategies,” she laughs.

By procrastinating on the web, she discovered a fascinating parallel universe, the subculture of influencers known as the makeup gurus (makeup gurus), which includes Shane Dawson and Jeffree Star, which she features in Makeup.

Having a critical mind as sharp as her eye pencils, Daphné B also looked for researched articles in order to better understand the shadows of makeup. In vain.

“We don’t approach it seriously because of the stigma hanging over makeup, and also because it’s a consumer good. This is always how we approach it; trying to sell it, ”she says.

Faced with this observation, she took matters into her own hands. She first launched the newsletter Serious things, in which she discusses various facets of makeup, without ever promoting it.

Then she wrote this spring Makeup, an essay in which she discusses both her personal relationship with her brushes and the many socioeconomic issues raised by the cosmetics industry.

The short chapters written in “I” are linked with disarming ease. “It’s a bit like watching videos on YouTube: as soon as you finish one, another starts!” she remarks, amused.

She herself, in her sleepless nights, puts on the online makeup tutorials one after the other as if she was “calai[t] pink alcohol shooters. ”

Makeup opens with the word “schmoney”. In English, this term is used to speak of money acquired dishonestly for the sake of survival. It is also the name of an eye shadow color that Daphne B describes as “putrid swamp green” in her book.

“There is a poetry behind the names of colors,” she says, mentioning that her first collection of poetry, Bluetiful (Éditions De L’Écrou), was named after a shade of nail polish.

“For me that was a strong image,” she says of ‘schmoney’. It’s a metaphor that mirrors the makeup paradox. ”

Makeup, while labeled as superficial, can be a powerful empowerment tool for those who wear it. This is the case with prisoners, who can regain a form of dignity and humanity by wearing make-up. Ditto for women from disadvantaged backgrounds, those who survive precisely thanks to the “schmoney”.

“Putting on lipstick can be a phenomenal act of resistance,” writes Daphné B.

“What we do with our bodies is eminently political. Heteronormativity, racism, patriarchy… All of that is at stake when I put on makeup. ” -Daphne B

But makeup also encourages overconsumption, patriarchy and social and racial inequalities in addition to contributing to the degradation of the environment, she emphasizes in her essay.

Or as she writes with poetry: “The nature of my makeup is plural, paradoxical and elusive. They oppress and deliver, they overwhelm and they ruin, all at the same time. They emancipate, too. ”

In short, makeup embodies a huge paradox. Just like the pop star Grimes, whom she refers to throughout her book. Recall that the young anti-imperialist musician whose career was born in Montreal recently had a child with Elon Musk, “a dude who wants to colonize Mars! ” recalls with astonishment Daphné B.

“This badass, I love it and I hate it”, writes the author about it in Makeup. “I see through this person and his blindness my own blindness and my privileged position,” she explains in an interview.

A palette of contradictions

Privileged, because without being a millionaire like Grimes, Daphné B can afford to buy a lot of makeup. In her book, the author takes on her complex relationship with astounding lucidity and irreconcilable with beauty products.

“I can do as much makeup to feel beautiful, empowered, and to explore my identity as to meet heteronormative criteria and dictates,” she says.

Did the writing of an essay that is both personal and hyper documented on the subject reconcile her with its paradoxes? “Usually I write books with the desire to come to a conclusion that would solve everything. This time, I wanted to assume that I am a bundle of contradictions. It would be a mistake to try to resolve them. Maybe it’s more important to display them, ”she says.

Thus, she maintains that makeup is neither good nor bad, but that it says a lot about the world in which we live.

Just as influencers who sell cosmetics on social media say a lot about themselves, intending to sell us their products. Although she takes a very critical look at this staging of their vulnerability, Daphné B doesn’t hold it against them.

After all, she too is vulnerable in her work, despite very different intentions. “Even if it is marketable, I think the vulnerability of influencers is real,” she said. And when I’m vulnerable in a book, I too decide what to show and what not to show. “

This is why she does not hesitate to share over the pages parts of her personal life, from the complicated relationship she has with her mother to her registration on a website. sugar daddies. “I think vulnerability is essential to get in touch with the other. There are some in my book, because you have to connect. ”

We connect completely to the reading of Makeup and, above all, we marvel at seeing the world through the prism of its scintillating palette with multiple shades.

Victoria Smith who hails from Toronto, Canada currently runs this news portofolio who completed Masters in Political science from University of Toronto. She started her career with BBC then relocated to TorontoStar as senior political reporter. She is caring and hardworking.
Previous COVID-19 forces the closure of a McDonald’s in Quebec
Next Biden: clarity, dignity and decency 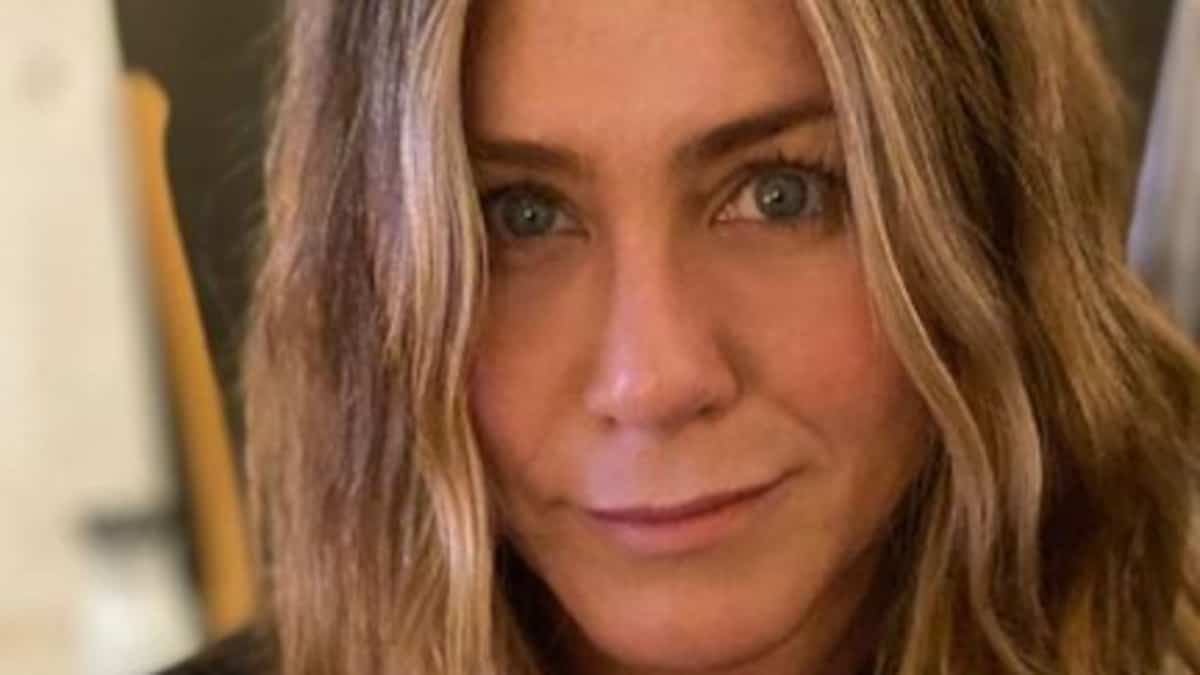 Jennifer Aniston does not vote for Kanye West