These Porsches in the shadow of the 911

The history of Porsche inevitably goes through the 911. A legendary model that has been the pride of the manufacturer for nearly 60 years.

The Porsche 911 enjoys such a strong reputation that it has even eclipsed that of other sports cars produced by the Stuttgart manufacturer over the decades.

The four front-engine Porsche models are the best example. It is impossible to deny the driving qualities of the 924, 928, 944 and 968. Well-built vehicles whose design has skilfully survived the ages… but which are still shunned by too many fans of the brand.

Why? The entry-level position of these models in the Porsche catalog made them less desirable products, sometimes even referred to as “Porsches of the poor”. Yet with their front-engine and rear-drivetrain configuration, these vehicles produced between the mid-1970s and mid-1990s offer a balanced ride, with weight distribution bordering on perfection.

The Car Guide brought together two of these models, a 944 1986 and a 968 1994, which you can observe more closely in the video above. This gave us the idea to give a brief summary of the history of these Porsches, which would certainly deserve better recognition.

The 924, a Porsche with Volkswagen blood

The idea of ​​designing a front-engined Porsche came somewhere in the early 1970s, when the time came to replace the aging 914.

You should know that the 914, a small mid-engined sports car, was the result of joint work between Porsche and Volkswagen. The two German manufacturers repeated the experience in the development of what would become the 924, which it was then wanted to market under the two brands. When you think about it, this was a pretty logical combination. Volkswagen needed a sports car to boost its image while Porsche needed a more affordable vehicle to rub shoulders with the 911.

During the development of the vehicle, the oil crisis of 1973 came to throw a cold shower on the automotive industry. Volkswagen finally withdrew from the project, leaving the field free to Porsche for solo marketing. The Porsche 924 thus saw the light of day in 1976, with a design different from that of the 911 or even of the 914 it had replaced.

The front engine allowed Porsche to offer interesting cargo space in the trunk, overlooked by a huge bay window. Under the hood, air-cooled engine technology was abandoned in favor of conventional water-cooled engines. To give you an idea, it took until 1997 before the 911 converted to it!

The 924 therefore brought a touch of modernity to the German brand, but 911 enthusiasts could sleep soundly. The 924 performed poorly, with a small 2.0-liter four-cylinder block generating just under 100 horsepower.

The 924 would then adopt a 2.5-liter engine in its S version, continuing its career for more than a decade. But during that time, Porsche had other ambitions with its front-engine models …

Along with the 924, Porsche was working on a major project in the 1970s: to replace the 911. At the time, Porsche considered that this model had reached its full potential and that it was time to find it an heir. . The 928 was thus developed with the sad aim of sending the 911 to oblivion.

Also built from a front-engine and rear-drive architecture, the 928 featured an aluminum V8 engine with a displacement of 4.5 liters, which would later grow to 5.0 liters. The car also stood out with an aluminum chassis as well as a multi-link rear axle, a first at the time for a production vehicle.

Over the years, a particular GTS variant was added, equipped with a 5.4-liter engine producing 345 horsepower. There was even a four-door 928 prototype, but the idea never reached the production stage.

The 928 had a career of almost 20 years, to be finally abandoned in 1995. However, it never succeeded in dethroning the iconic 911, which remains the spearhead of Porsche even today.

In the early 1980s, the transition to front-engined vehicles continued at Porsche. From the 1982 model year, a third player was added to the range, alongside the 924 and the 928. This is the 944, a model derived from the 924, adopting convex fenders and mechanics. slightly more powerful, with a 2.5-liter four-cylinder block developing around 160 horsepower.

Contrary to what many believe, the 944 did not replace the 924. At least, not immediately. The 924 continued its way until 1988, the last years being reserved for the production of the 924S, which used precisely the mechanics of the 944.

For its part, the 944 would continue its career until 1991. A Turbo variant was offered, as well as a convertible configuration from 1989. Porsche also introduced 944 S and S2 which required more engines. large displacement.

By the turn of the 1990s, the reign of the front-engined Porsches was drawing to a close. While the 911 was aimed at purists with its still air-cooled engine, Porsche introduced the 968, which replaced the 944.

Legend has it that it was to be called 944 S3 first, but Porsche executives agreed the changes were significant enough to warrant a new nomenclature. The 968 therefore arrived for the model year with a much more rounded appearance and with headlights visible at all times, although still retractable.

The mechanics, a 3.0-liter four-cylinder block, produced around 240 horsepower and could be paired with a six-speed manual or four-speed automatic transmission. Built only between 1991 and 1995, the 968 is the rarest Porsche of its generation. Just under 13,000 units of the model were manufactured.

The end of an era

In 1995, therefore, the adventure ended. Porsche abandoned the 968, which was to be replaced by the mid-engined Boxster the following year. It was the end of the Porsche sports cars before engines.

From a small project born in partnership with Volkswagen in the 1970s, Porsche finally produced a dynasty of cars with balanced handling whose driving pleasure is still intact to this day.

The good news is that a few of these models have been meticulously maintained by their owners over the years and can still be driven today. And since these products have never been as desirable as a 911 in the eyes of “Porschists”, it is now possible to get a 924 or a 944 in good condition for less than $ 10,000. The 928 and 968 have a higher value, but they are still significantly more attainable than the 911 of the same era.

Victoria Smith who hails from Toronto, Canada currently runs this news portofolio who completed Masters in Political science from University of Toronto. She started her career with BBC then relocated to TorontoStar as senior political reporter. She is caring and hardworking.
Previous Awareness of health measures: the secondary schools visited by the SPVQ
Next COVID-19 vaccine: Johnson and Johnson wants to reassure after the suspension of a clinical trial 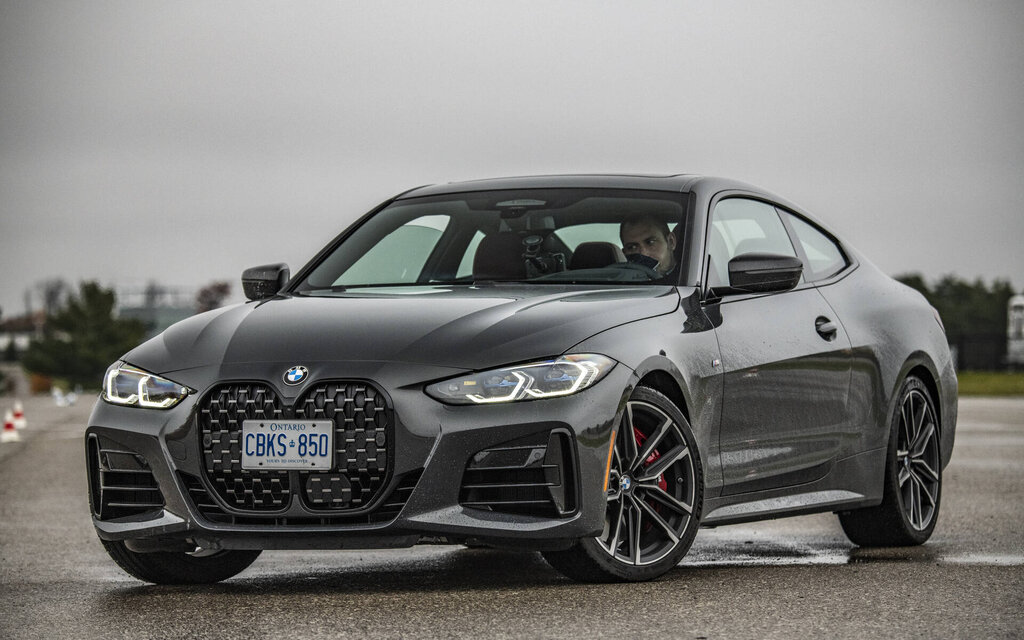 The new BMW 4 Series has caused a lot of talk since its launch! After …