It wasn’t so long ago that we didn’t give the Impact a lot of money, but with a victory in Philadelphia tonight, Thierry Henry’s squad could make the end of the season very interesting.

• Read also: The Impact wants to chain the victories

Let’s put it in context. The Bleu-blanc-noir beat the Crew at Columbus 2-1 on Wednesday, and until that point the Crew were number one in MLS.

The victory was all the more unexpected as the Crew had won all their home games so far and allowed only one goal in those seven meetings.

The Impact then broke a streak of five games without a win, but if we include the 2-2 draw against the Chicago Fire last week, Henry and his gang are now aiming to stick three games without a defeat. The Impact has amassed four points out of a possible six in its last two outings.

But this meeting was special. First, the Impact took the lead in the 5th minute on a goal from Romell Quioto, but he suffered a bloody stroke and was sent off 10 minutes later.

“Things were going well even at 10, reminded Thierry Henry by videoconference yesterday afternoon. We mastered the game until half-time and after that it was much more difficult for us. “

Samuel Piette maintains that it is the state of mind that made the strength of the team in this meeting with the score which does not indicate the real pace of the course. “In that game, we had a lot of intensity in what we were doing and we found it a bit against Chicago and Columbus. We were very united with each other to try to keep the score equal as long as possible. “

Moreover, Thierry Henry assures that he does not intend to change his approach simply because he has another opponent in front of him, a rival for whom he has a lot of respect.

“We like to build from the back to the front. We play a certain way and that won’t change, no matter what the opposing team’s scheme is. “

In fact, Samuel Piette pointed out that the Impact was not shy about shuffling the cards when necessary. We saw it in the games against Chicago and Columbus in which Thierry Henry abandoned his formation with four backs to play with three central defenders.

“In the two games against Chicago and Columbus, it was the same pattern, but used differently. That’s the beauty of our team: we are able to adjust and we are working on several things, ”said Piette.

In addition, the waltz of the wounded continues in the Impact infirmary. It was Lassi Lappalainen’s turn to be admitted after a shoulder injury suffered on Wednesday which prevented him from joining the Finnish selection with Jukka Raitala.

As for Romell Quioto and Saphir Taïder, Thierry Henry maintained the vagueness. Quioto was suspended for two games and missed the next two with a groin injury. Taïder (thigh) has been on the floor for four games.

“The guys are here,” said Henry, “but we don’t want to burn them and we play every three days. They are coming back.

“It’s tempting to put it on right away, but we don’t want to do anything and everything. You have to listen to their bodies. “

It is also not known if Mason Toye will make a first start as a striker.

The opponent in 5 points

Like the Columbus Crew, the Union excels at home with a record of six wins and one loss. The Union have allowed just four goals in seven games on their home turf.

If the Impact beat a good team in Columbus, it will have to beat another one tonight since the Union is going through a seven-game streak in which it suffered only one setback (5-1- 1).

The Union has good depth, but there are a few cripples on the defensive line. This is the case of Raymond Gaddis who will not be in uniform. Kai Wagner and Jack Elliott represent dubious cases.

The man for the job

Kacper Przybylko is undoubtedly the man for the situation in attack for the Union with his 7 goals and 3 assists in 16 games. He is also an iron man, having played in all his team’s games this season. He’s running at almost the same pace as last year when he scored 15 goals in 26 games.

Brenden Aaronson is only 19 years old, but he’s showing good progress this season with 4 goals and as many assists in 16 games. Last year, at 18, he had 3 goals and 2 assists in 28 games.

Victoria Smith who hails from Toronto, Canada currently runs this news portofolio who completed Masters in Political science from University of Toronto. She started her career with BBC then relocated to TorontoStar as senior political reporter. She is caring and hardworking.
Previous Red zone in the Outaouais: Minister Dubé defends his choice
Next Trump is no longer contagious, says doctor 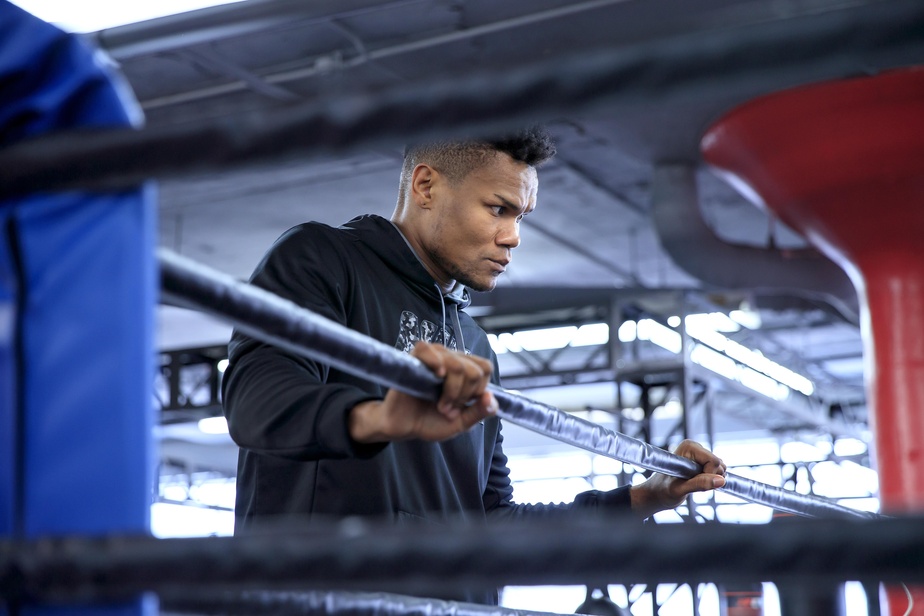 Boxing | “I don’t want to end my career like this”

Eleider Álvarez plans to return to the ring next year. He wants to box for …