Other positive cases in the Armada and the Phoenix

In light of new information obtained by Le Journal, the number of positive cases for COVID-19 continues to increase in the environment of the Blainville-Boisbriand Armada and the Sherbrooke Phoenix. Carpooling could be the source of a new infection, we learned.

Since the double program between the Armada and the Sherbrooke Phoenix, last weekend, 30 positive cases for COVID-19 have now been confirmed.

During the first duel in the Eastern Townships, eight days ago, the Laurentians team isolated as a precaution one of its staff suffering from gastrointestinal symptoms.

Rather than having him take the bus with the other members of the Armada, the team placed him in the car of his road games descriptor, Cédrik Blondin, to return to Boisbriand at the end of the evening. . A journey of approximately 2 hours 20 minutes and 190 kilometers between the two arenas.

This hockey staff employee is one of 18 positive cases reported to the Armada.

Without even knowing that his passenger was suffering from the first signs of the coronavirus, the member of the press was at his post on the gallery of the Center of Excellence Sports Rousseau during the second duel of the weekend against the Phoenix, Sunday. He was flanked by colleagues and a dozen people who hold other jobs.

Blondin received Friday, with dismay, the positive result of the screening test which he underwent Wednesday morning. He voluntarily isolated himself at home upon learning of the first case at the Armada on Monday. He said he suffers from mild symptoms of COVID-19.

All Armada players and staff were tested Monday afternoon after a first positive case was declared. Faced with the outbreak of cases in the locker room in Boisbriand, the Phoenix did the same.

On Friday, two other members of the Estrie formation received positive tests, bringing the total infections among the members of the organization to 10. Added to this are the positive results of two of the four officials stationed in the first game in Sherbrooke.

According to the health plan of the QMJHL, members of the media and descriptors do not have access to the team coach this year because of the pandemic. Conversely, no rule is formulated regarding carpooling between a representative of the press and a member of an organization.

According to the opinion of the director of communications of the junior circuit, Maxime Blouin, the Armada acted according to the rules by isolating its employee and avoiding repatriating him to Boisbriand on board the coach.

But Blondin, exposed to contagion in an enclosed place for more than two hours, then carried out his work less than 48 hours later while respecting the health instructions. The Armada did not comment on the situation.

In the explanations provided, the representative of the QMJHL did not see why the descriptor should also have been placed in administrative segregation even if he had brought back the employee presenting “type B symptoms” of the disease.

Another wave of tests

As a preventive measure and in order to be clear, people who converged on the press gallery also submitted to the screening test and are awaiting the results.

Experts surveyed by The newspaper in our Friday edition felt that team sports with contacts represent a rapid risk of contagion.

Although extensive, the health plan has flaws, according to sources and experts, since players are not tested daily and isolated from the outside world. These rules also stop at the edge of the ice surface where all contact is then allowed without face protection.

“A bubble, that’s what the NHL did in Toronto and Edmonton,” said microbiologist and infectious disease specialist Dr. Karl Weiss. Members are tested and locked in their universe without contact with the outside. In the case of the QMJHL, it is a flexible environment with control nets. It can be super effective if the discipline is very strict. It only takes a little lack of discipline to start a fire. “

Among the players in the two matches last weekend, there are so far 30 positive cases in this outbreak.

Victoria Smith who hails from Toronto, Canada currently runs this news portofolio who completed Masters in Political science from University of Toronto. She started her career with BBC then relocated to TorontoStar as senior political reporter. She is caring and hardworking.
Previous COVID-19: Outbreak in a center for the homeless
Next COVID-19: a grace period for Shawinigan 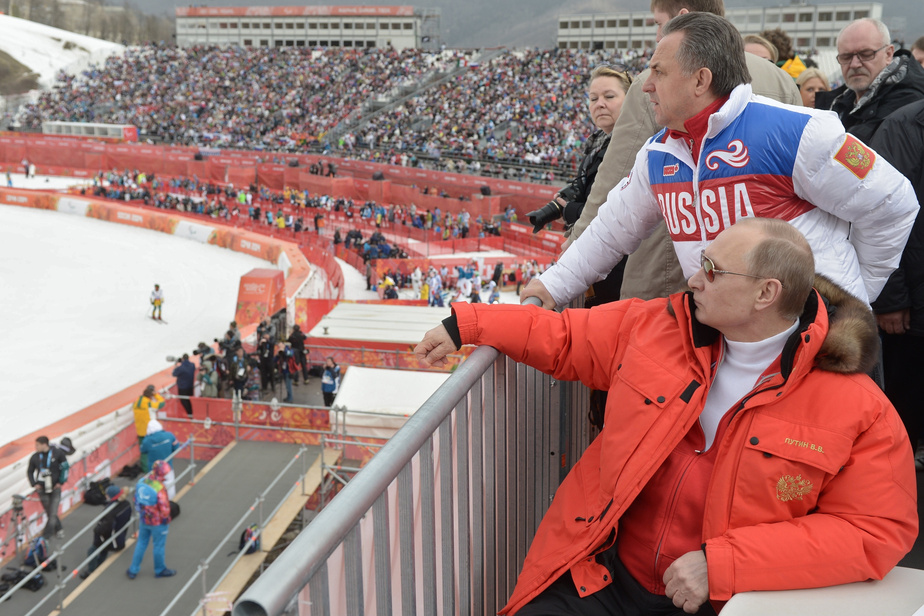 Institutionalized doping | A lawsuit against Russia will open on Monday