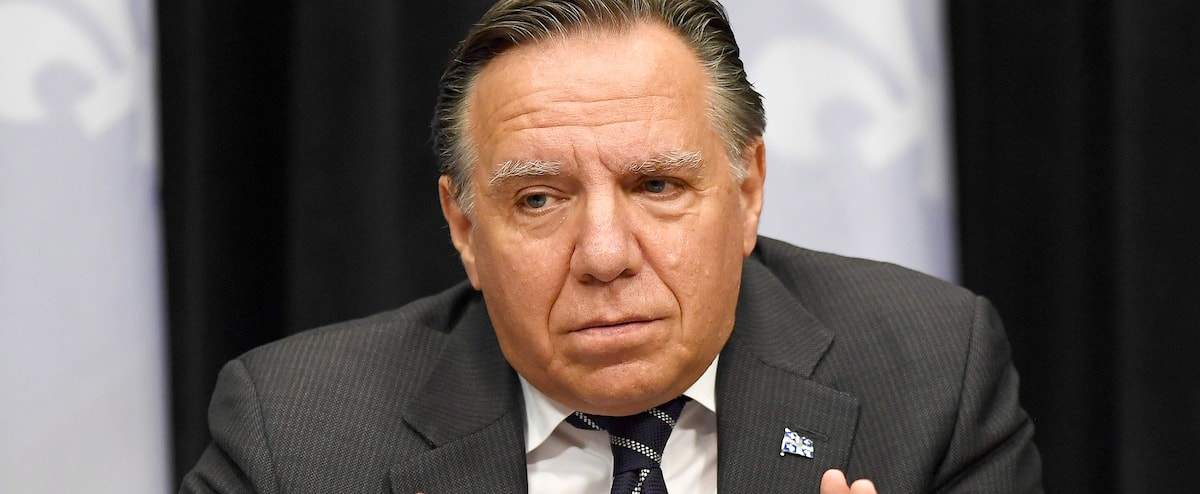 The first wave of the pandemic extended the population’s honeymoon with the Caquist government, but the second made François Legault discover another side of the mountain.

Obviously, the Prime Minister has lost the habit of criticism. And they intensified.

Usually, he bites during question period in the Blue Room, enjoying the parliamentary game.

But Thursday, he arrived in the room looking serious, after having disowned his minister responsible for Indigenous Affairs.

Under pressure since the death of Joyce Echaquan and the clumsiness of Sylvie D’Amours, the Prime Minister knew he was going to knock the minister out.

Dismissing someone close to the first hours of the CAQ must have turned out to be a difficult task.

Dominique Anglade, without raising his voice, had hammered since the beginning of the week that “the time for apologies” was over. That the Caquista government was not ready for the second wave, yet predictable.

Angry, the Caquist leader replied that the opposition was only “whining”.

The pressure cap has popped out

Thursday, his pressure cap blew up while Manon Massé criticized him for not listening and for being arrogant.

The PM broke down, accusing QS of daring to “scare Quebecers” because of his reservations about the COVID Alert application.

Seeing him throw his phone on his desk and gesticulate towards the solidarity groups, we felt that the criticisms of the last few days, since the passage of urban areas in red, had reached him.

The Prime Minister should take advantage of the weekend to review the tightness of his shell.

According to the latest polls, Mr. Legault still outrageously dominates the popularity contests of the political class. Maybe he got used to walking on water?

Like him, but in another way, the director of public health also revealed an overflow Thursday.

Asked to comment on criticism of his handling of the pandemic, the doctor, a sensitive man, said he did not consider himself “a two of spades”.

He insisted on defending his independence by maintaining that he would bow out if the government made ” bullshit“.

Its colorful style hit the mark in the spring when Quebecers needed reassurance in a dark period.

Now, his propensity to turn into a word mill makes him hard to follow in a context where the nuances of re-containment leave room for interpretation.

There would be no shame in having recourse more often to his right arm, Richard Massé, more succinct, for press briefings, if only to allow him to breathe. Everyone is human.

Lafrenière to the rescue

By appointing Ian Lafrenière in Native Affairs, François Legault made sure to reduce the pressure on this file at least for a while, while the new minister met with representatives of the 11 nations.

The choice of the former spokesperson for the Montreal police force to succeed the ill-loved D’Amours is not a surprise.

Lafrenière had been guaranteed that he would accede to the Council of Ministers one day or another. It will have to be given free rein to obtain results.

François Legault can realistically hope for improvements on this front.

But for the pandemic, the second wave is likely to blow for a while yet.

And inevitably, the exasperation that wins the population can only erode the golden varnish of the government. Mr. Legault must get used to the idea.


He had looked down on reporters who questioned the realism of Flying Whales, but had to admit that it might never fly. He was not aware that an A220 finishing contract had been awarded to an American firm, but was quick to say that the journalist “did not understand what he was writing”. And when Vincent Marissal asks questions on the internet in the region, he replies that he does not understand how it works. We can sense a trend …

He did so well as an interim leader that many would eventually have liked him to become the leader of the formation. The member for Matane behaved as a proud trustee of the values ​​of the PQ, without confining himself to the past. Despite the difficult conditions, he brilliantly carried the torch to demonstrate the relevance of the party. Hat!

To maintain the morale of young people deprived of the practice of their sport in the red zone, the member for Marquette suggested that the government call on athletes to interact with them and keep the flame alive. Former Alouettes player Étienne Boulay and Olympic hockey player Kim St-Pierre, for example, raised their hands.

In these tough times, the Liberal leader is proposing that the RAMQ reimburse 15 psychotherapy sessions to Quebeckers who need it. Since the wait time to see a shrink to the public is more than six months, it would allow citizens to get care when they need it and not wait until it is too late.

The quote of the week


“I had already heard, in Quebec, that memories are tabletted, but tabletting tablets, we will have seen it all.”

– Marwah Rizqy, who calls for students to have immediate access to digital tools for homeschooling

The battle of formulas!

“The lack of systemic transparency of the CAQ.” – Gabriel Nadeau-Dubois

“The homeopathic nationalism of the CAQ” – Pascal Berube

Victoria Smith who hails from Toronto, Canada currently runs this news portofolio who completed Masters in Political science from University of Toronto. She started her career with BBC then relocated to TorontoStar as senior political reporter. She is caring and hardworking.
Previous Lotto Max: the jackpot of 70 million won in Quebec
Next We can still be optimistic

Racism: why so much energy wasted in semantics?

Since my arrival in Montreal in 2009, I have become more and more involved in …