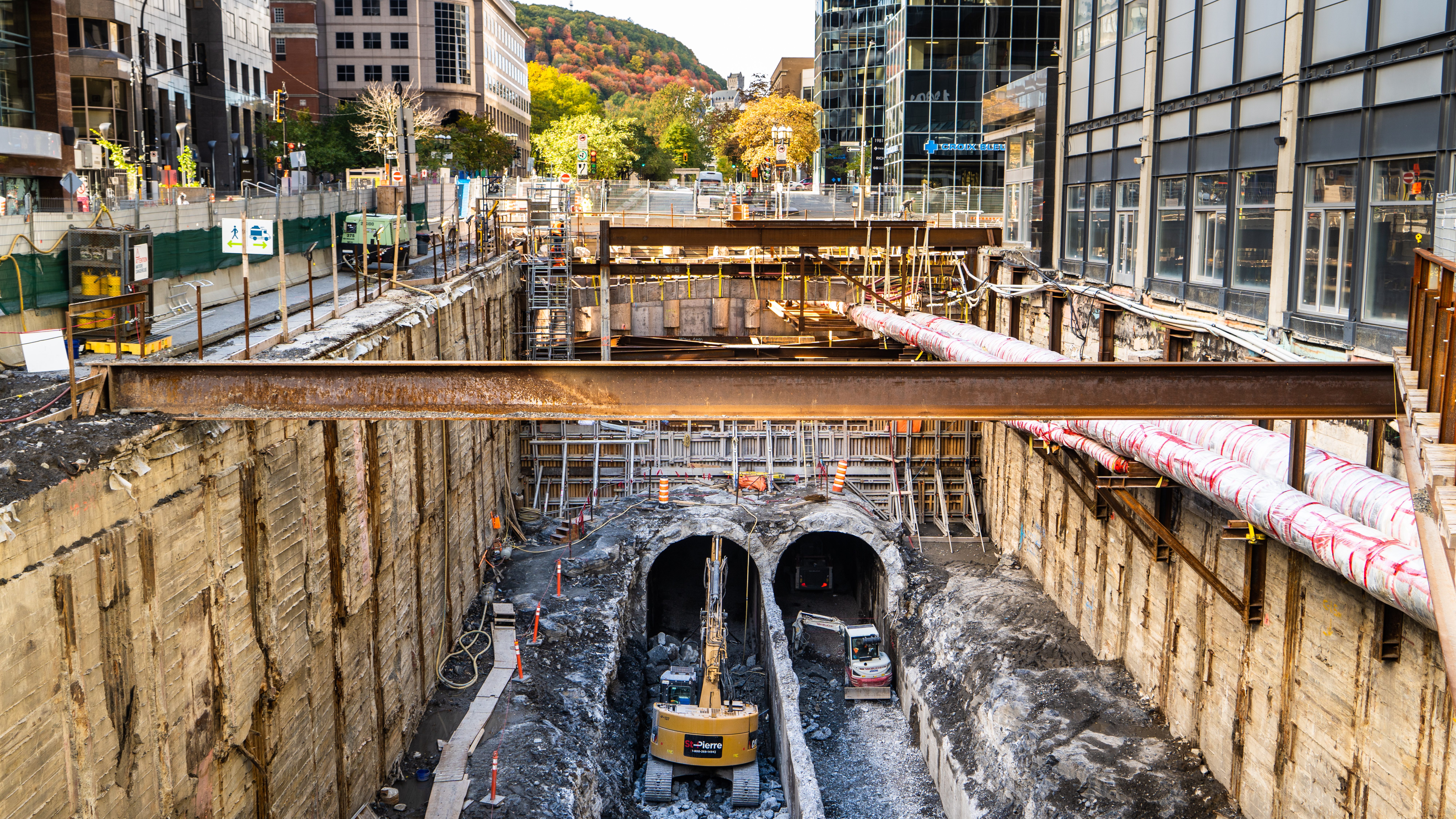 Regional planning: the “lack of collaboration” of the REM criticized


The REM work is underway on McGill College Avenue.

The company responsible for the Réseau express métropolitain (REM) project “lack of collaboration” and transparency with regard to the City of Montreal, which could be detrimental to the “success” of land use planning in several neighborhoods in the city. metropolis where the light rail will pass in a few years.

At least that’s what the Jacques-Viger Committee in its activity report for the year 2019, adopted without fanfare on Wednesday at the executive committee meeting. The expert committee, which declined the interview request of Metro, advises the City in particular on land use planning, architecture and town planning.

Projects around the REM

Last year, this group of experts issued several opinions to CDPQ Infra, a private company created by the Caisse de dépôt et placement du Québec to manage the REM project, which will eventually include 26 stations spread over a 67 km route in Greater Montreal.

These opinions concern various sectors undergoing transformation which are “in direct interaction” with this public transport project. These include Île-des-Soeurs, where the City is planning a mixed and dense neighborhood around the future REM station in this sector, where it also plans to create green spaces. There is also the redevelopment of the Édouard-Montpetit metro station, which led the committee to raise issues of universal accessibility around the site.

Other opinions also focused on the Griffintown district, the Borough of Saint-Laurent, which will host five REM stations, as well as McGill College Avenue, where work is underway to develop a future light rail station. on this artery, which the City wants to transform. In all these places, development projects are underway, in parallel with the creation of the REM.

“When you set up a heavy mode of transport, it is clear that it has an impact on regional planning”, emphasizes to Metro the professor at the department of urban and tourist studies at UQAM, Florence Junca-Adenot. Planning a project like the REM must therefore be done in consultation with the municipalities concerned, she adds.

However, the report states a “lack of collaboration of the CDPQ Infra with the various services of the City of Montreal and its boroughs in the implementation of the REM”.

A problematic situation, since “the development of public spaces and living environments” around the REM stations is essential to the “success” of this public transport project, adds the committee.

CDPQ Infra’s lack of transparency would also have “restricted” the committee’s work with the City, “by limiting the information we have to assess the quality of the projects presented to us”.

“We consider that the poor sharing of information by the REM production team prevents the implementation of a concerted vision of the Montreal area.” – Extract from the report

The methods of CDPQ Infra, which is establishing itself as a “bulldozer”, could cause delays in certain development projects of the City, apprehends the professor at the Faculty of Planning of the University of Montreal, Jean -Philippe Meloche.

“We will see duplicate sites because the City will come after the REM in the sectors concerned”, fears the expert. The “extraordinary” powers granted by Quebec to the promoter of the light rail project could therefore accelerate its realization to the detriment of the developments planned by the cities concerned, which face a player “who imposes his own criteria”.

“It will probably increase the cost of adapting municipalities to the REM,” he adds.

Contacted by Metro, CDPQ Infra responded by email. “We pay great attention to the urban and architectural integration of the REM in the communities and collaborate with the City of Montreal and civil society,” assures the subsidiary. In this regard, it points out that in 2018 it created its “own advisory committee” on the REM project, in collaboration with the City.

At the time of this writing, the City had not commented.

Victoria Smith who hails from Toronto, Canada currently runs this news portofolio who completed Masters in Political science from University of Toronto. She started her career with BBC then relocated to TorontoStar as senior political reporter. She is caring and hardworking.
Previous On your screens this week… “Eternal Beauty”, “Excalibur”, “Sybil” and many others
Next WTF OD?

Montreal asks for more money and more civilians from the SPVM