In search of depth

Year after year, the opening of the free agent market has created a lot of enthusiasm among Canadiens fans. Each time, one wonders if Marc Bergevin will manage to bring out one of the largest fish in the lake.

• Read also: Is the CH in the game for Taylor Hall?

However, the general manager of the Habs is killing himself to repeat that he is not fond of this far too expensive market. This market where the bidding and the greed lead general managers to make mistakes.

The only time Bergevin lost his mind was to lure Karl Alzner to Montreal. We saw the result. After a year of service, the Canadian has practically poured him into the void, for two years, an annual salary of $ 4.625 million.

The association between the two parties ended earlier this week with the buyout of the 32-year-old rear.

All that to say that one should not expect a smoking gun from the general manager of the Canadiens. The main breaches he had to close were over the past month via the transaction market.

In the space of a few weeks came Jake Allen, a reliable backup goaltender, Joel Edmundson, a big left-handed defenseman, and Josh Anderson, a beefy winger capable of scoring goals and distributing hits.

With the $ 5.5 million that will be granted annually to Anderson and the likely contracting of Victor Mete, it should remain barely between $ 1.5 million and $ 2 million below the salary cap of the Habs. Ceiling which was again set at $ 81.5 million.

In short, forget about Taylor Hall, Alex Pietrangelo, Torey Krug, Tyler Toffoli or Mike Hoffman. Bergevin will look more to a support player, most likely an attacker who will bring depth to the team.

Bergevin continues to praise the progress of Nick Suzuki and Jesperi Kotkaniemi. He also seems ready to live with any mistakes Jake Evans could make. Still, hiring a reliable veteran to act as a safety valve in the face-off circle and outnumbered wouldn’t be a bad idea.

Nate Thompson is the first candidate that comes to mind. Having known his team would make the playoffs, Bergevin would never have traded the 36-year-old center to the Philadelphia Flyers.

Nicknamed “Uncle Nate” by the Canadiens youth, Thompson was a real quiet force for them. For $ 1 million and a dozen minutes per game, the veteran would certainly be ready to return to play the role of mentor in the metropolis.

Last year, he won 55.1% of his faceoffs, including 53.9% shorthanded and 52.2% in the defensive zone. Three peaks among the Canadian centers.

Do we need Kovalchuk?

Derek Grant and Tomas Nosek are two centers capable of doing the same job as Thompson. However, at 30 and 28, they’re probably aiming more for a regular NHL position.

Speaking of possible revenant, what to do with Ilya Kovalchuk?

The Russian striker amazed the Bell Center crowd on several occasions during his short stint with the Canadian. Bergevin did him a favor by sending him to Washington with his compatriots Alex Ovechkin and Evgeny Kuznetsov.

Quietly, the general manager of the Canadiens had indicated that by accommodating the Russian striker, he increased his chances of bringing him back to Montreal.

Not sure the Canadian really needs it. In the American capital, Kovalchuk has lost much of its luster. In seven regular season games, he scored four points, including one goal. In the playoffs, he had just one point in eight games.

Its use time has been limited to less than 12 minutes on a few occasions. We are far from the 20 minutes plateau he has crossed 10 times in 22 games with the Habs.

Bergevin and Trevor Timmins looked up on Quebec products in the last draft. Could the Canadian staff be tempted to redeem themselves via the free agent market?

Due to his 23 goals, Duclair risks commanding too high a salary. As for the other three, they do not necessarily correspond to the profile sought by the company.

Quebecers on the market

Duclair reached a personal high with 23 goals. However, he has only scored two in the last 29 games of the season. He fired his agent and represents himself. Negotiations with the Senators stalled during the week.

Kyle Dubas explained his choice not to submit a qualifying offer to Gauthier by his desire to modify the DNA of his fourth line. Left-handed center, Gauthier has a more than respectable skating stroke for his size.

He can play as much in the center as in the left wing. He was left out for three playoff games, but fared well when Barry Trotz called on his services. Enough for Lou Lamoriello to start negotiations with his agent.

An energetic player, he played 413 regular season games in the NHL. With an average use time of 8:36 per game, he was the least used striker in the Jets.

Victoria Smith who hails from Toronto, Canada currently runs this news portofolio who completed Masters in Political science from University of Toronto. She started her career with BBC then relocated to TorontoStar as senior political reporter. She is caring and hardworking.
Previous How to get your child out of daycare cheaply
Next COVID: China joins agreement to guarantee vaccines to poor countries 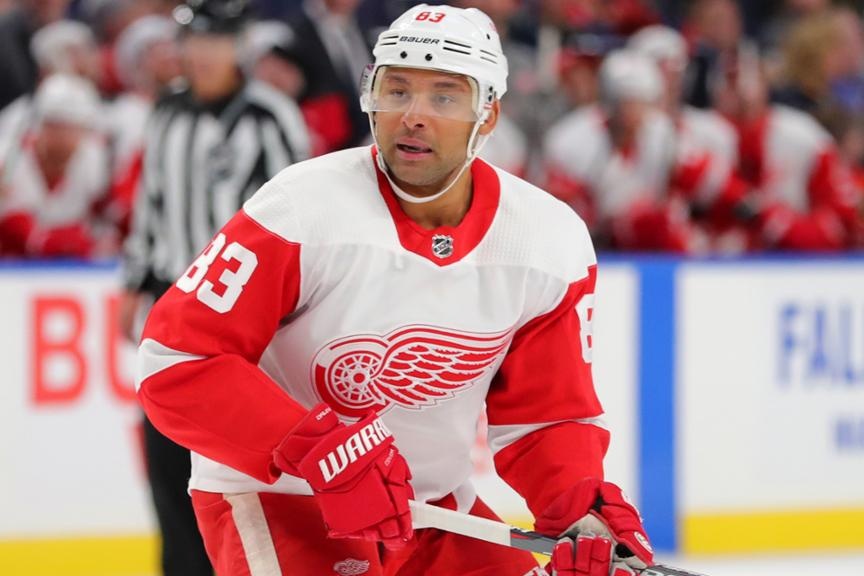 Trevor Daley, retirement and a new job with the Penguins

(Pittsburgh) Defenseman Trevor Daley announced his retirement after 16 seasons in the NHL on Monday, …