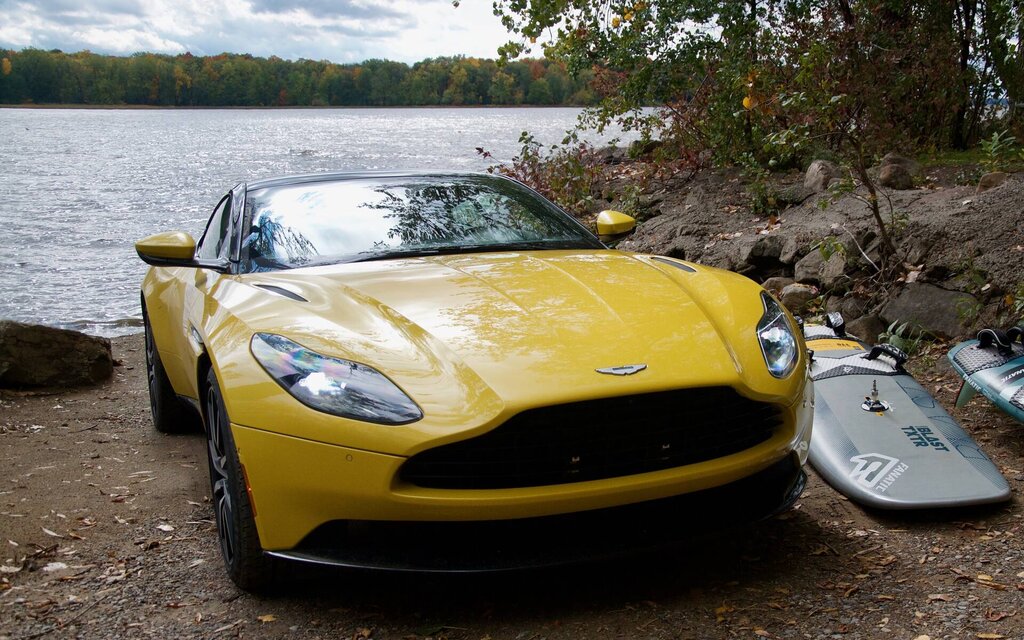 Anglo-German, the Aston Martin DB11 certainly is, since an AMG biturbo V8 has been added to the house biturbo V12 that can power this GT. The tastes are not discussed but, in my humble opinion, the DB11 is beautiful to damn a saint, and this, despite this color called Sunburst Yellow … .

If we disregard this slightly too showy color, we have to admit that its proportions are the archetype of a Grand Touring car with a long front hood, and that its almost feline shapes, its roof line of style fastback, as well as the bodywork element integrated into the front fenders, quickly created an impression of speed even when the car was stationary.

In terms of style, the DB11 is particularly exquisite with an unmistakable touch of pure “haute couture” elegance. Close examination also reveals that it rides on 20-inch alloy rims shod with Bridgestone Potenza tires stamped with the S007 inscription, a nice nod to secret agent James Bond who has always had a soft spot for the brand, from the days of the DB5 to today.

The DB11 AMR Coupe is powered by a 5.2-liter twin-turbo V12 engine delivering 630 horsepower, but the single DB11 Coupé and Volante instead use the 4.0-liter, 503-horsepower V8 twin-turbo engine developed by Mercedes-AMG. This is explained by the fact that Daimler AG took, in 2013, a stake in the capital of Aston Martin in exchange for the supply of AMG engines to the English brand. This is why this English car is now powered by a German engine with high performance and a sound as evocative as it is assertive.

Regarding performance, the AMG biturbo V8 is almost on par with the house V12, but above all it allows the DB11 to weigh 115 kilos, which is far from negligible.

In addition, as the engine is mounted almost behind the axis of the front wheels, this allows to center the mass: it helps in the curves, the understeer being greatly reduced compared to the DB11 housing the V12. Also, this engine is distinguished by its assertive tone and its rapid response to the throttle control.

In short, Mercedes-AMG drivers will find themselves here on familiar ground, even if the DB11 adopts an eight-speed automatic transmission with torque converter, instead of the seven- and nine-speed transmissions of Mercedes-AMG cars housing the same. engine.

That being said, the DB11 displays a distinctly more Grand Touring character than Sport. The ground connections adopt rather flexible calibrations, and I was surprised to see that they were coping relatively well with the sometimes degraded state of our roads.

It is also possible to switch to two other firmer calibrations at the push of a control button on the left side of the steering wheel. Ditto for the response of the motor, which can be configured by means of another similar button located on the right branch. Obviously, the bearings of gear changes, well profiled, respond present.

A multimedia system from another era

The seats are particularly nice and comfortable and the interior, covered with leather, has a very British elegance that does not lack charm.

We also notice with astonishment that the armrest overhanging the center console slides backwards by means of an electric rather than manual control to discover the storage compartment capable of accommodating a smartphone. Since it is in question, note that the Apple CarPlay functionality is simply not offered on the DB11 which is equipped with a mulltimedia system from another era. In a car whose base price is $ 236,440, it sucks, as our French cousins ​​say …

We add to that just symbolic rear seats, and a trunk whose volume is only 270 liters to understand that it is better to learn to travel light.

All in all, the Aston Martin DB11 seduces with its haute couture look, its very civilized road handling and the tonic and sonorous performance of its twin-turbo V8.

But, since our test car cost $ 276,310, with options, one comes to wonder if the game is really worth the candle, when direct rivals are able to offer comparable performance as well as a multimedia system. on the page for a much lower sum. We add to this a resale value that tempers the enthusiasm, to understand that the DB11 is paying quite dearly for its undeniable cachet of exclusivity …

In video: How much does the 2020 Aston Martin Vantage cost?

Victoria Smith who hails from Toronto, Canada currently runs this news portofolio who completed Masters in Political science from University of Toronto. She started her career with BBC then relocated to TorontoStar as senior political reporter. She is caring and hardworking.
Previous Gigantism in the garden
Next 3rd link: the MTQ offers a response of less than 90 words to the BAPE 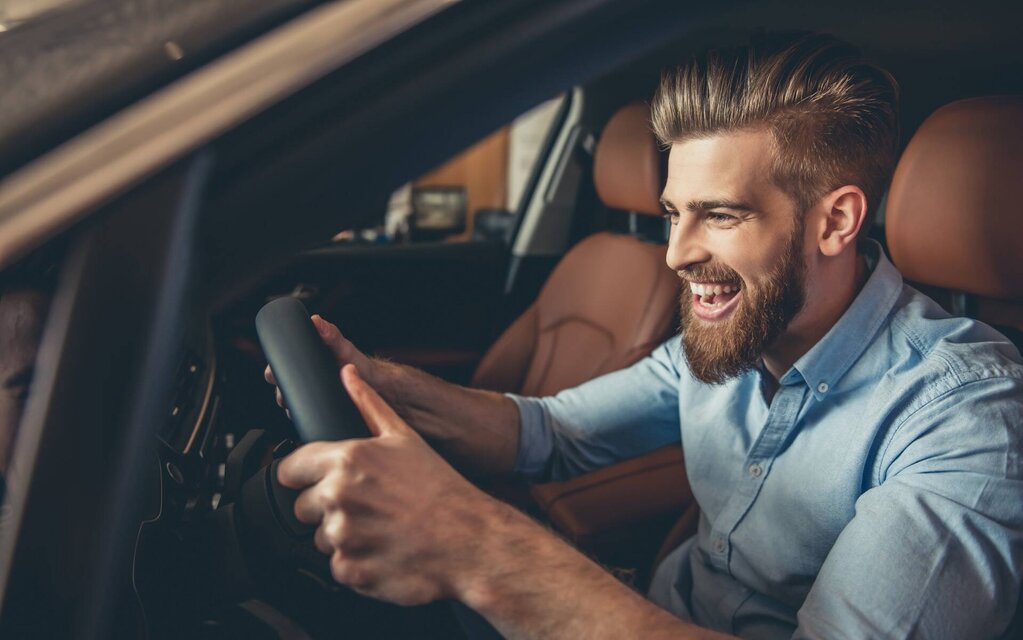 The Guide confides: what car would we buy?

Journalists from Car guide test all vehicles available on the market. But if they were …