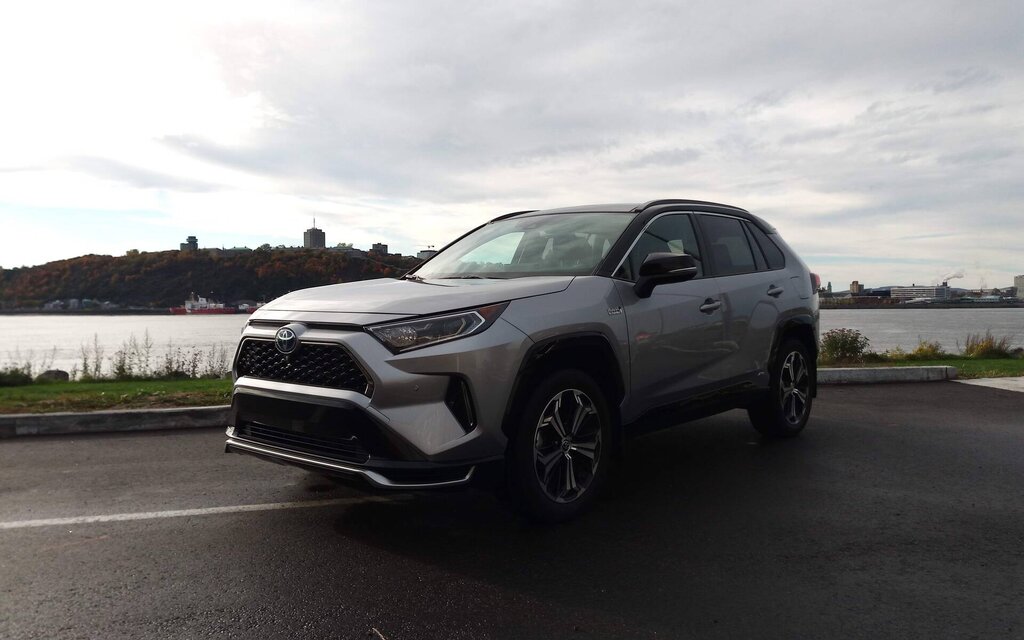 Does the perfect vehicle exist? Of course, you can always find little flaws or things that not everyone likes, but the team at Car guide believes he has found a model that could answer this question in the affirmative.

Excellent in everything, the Toyota RAV4 is today the best compact SUV on the market – and the only vehicle across all categories to earn a five-star rating in The Car Guide 2021. This is largely thanks to its two hybrid versions, including the new RAV4 Prime which is added this year.

After having won hands down our comparison match of plug-in hybrid SUVs that you can find in The Car Guide 2021, we tested it for a whole week in mid-October. Here is a review of our most recent driving impressions.

Let’s start of course with the performances, which are literally electrifying. Combining a 2.5-liter four-cylinder engine with two electric motors (one for each axle), the 2021 Toyota RAV4 Prime generates a remarkable power of 302 horsepower that it makes us feel very well despite its 1,950 kilos, that this either by pressing against our seat or by making other vehicles shrink in the rearview mirror. Acceleration from 0 to 100 km / h takes just six seconds, which is faster than all Toyotas except the GR Supra.

Along the way, one of the main complaints that can be leveled at the regular RAV4 – its noisy engine when accelerating – magically disappears. In addition, although a continuously variable transmission is always in order, the all-wheel drive system of the plug-in hybrid version is more advanced and efficient, in dry as in wet conditions, while the towing capacity increases from 1,500 to 2 500 pounds, enough to pull a small trailer with no problem (only the RAV4 Trail does better with its 3,500 pounds).

In terms of handling, we appreciate the strength of Toyota’s TNGA platform married here to a sport-tuned front suspension. The RAV4 Prime surprises with its agility, even if it does not offer all the sensations of a Mazda CX-5. The ride is pretty comfortable too, but we expected a bit more smoothness from a vehicle approaching $ 57,000 like our top-of-the-line test model XSE Technology Premium. If that’s a priority for you, consider the new Toyota Venza – also a hybrid, instead.

Do you want autonomy?

Around the same time as our 2021 Toyota RAV4 Prime test drive, two European studies questioned the actual fuel consumption and emissions of plug-in hybrid vehicles. Why? Because a large number of owners would neglect to plug it in systematically at work or when coming home, thus affecting electric range, and would spend too much time on the highway where the battery is not enough.

Taking care to recharge the RAV4 Prime after each ride (a reflex that must be developed as for a 100% electric vehicle), we were able to take advantage day after day of the 68 kilometers announced by Toyota and indicated by the on-board computer. Know that it is possible to improve this brand by a handful of kilometers by paying attention to its driving … as it can be reduced by succumbing to the temptation to press hard on the pedal to take advantage of the imposing and fun cavalry. A button on the console also preserves the charge for later use.

Once the 18.1 kWh battery is exhausted, the vehicle switches to hybrid mode. We experienced this on a long Saturday afternoon drive and saw an average output of just over 6.0 L / 100 km. In the end, the RAV4 Prime can travel over 800 kilometers with a full battery and tank – best of all worlds!

Last detail before moving on to the passenger compartment: is it necessary to have a level 2 (240 volts) terminal at home? This is certainly very beneficial since the full recharge time drops from 12 to 4.5 hours at most. And until December 31, 2020, the Roulez vert program provides a subsidy of $ 600 for the purchase of such a residential terminal. On the other hand, if you have access to a charging point in the office or if your schedule allows you to plug the vehicle in daily for 12 hours, you could do without.

Life aboard the 2021 Toyota RAV4 Prime is a charm. Quiet electric travel might pay more attention to road noise, but it’s not an irritant. The very comfortable seats, the generous space, the numerous storage spaces, the ergonomic controls as well as the quality and softness of the materials prevail. If there’s a small cargo penalty compared to the regular RAV4 (949 liters instead of 1,059), a trip to Costco will convince you that’s not a problem, except maybe trunk height. slightly increased.

We have nothing to say about visibility or digital displays, both the one behind the steering wheel and the central screen (8 or 9 inches depending on the version). Without being the best on the market, the infotainment system is still easy to use. Apple CarPlay and Android Auto are included for those who want a more familiar interface. When it comes to safety, no compromise is made since the Toyota Safety Sense 2.0 suite and devices such as the blind spot detector and rear cross-traffic alert are all included as standard in all RAV4.

Which one to choose?

Which version should you choose? The RAV4 Prime SE is very well equipped at $ 44,990 (plus transport and preparation). Honestly, that would be easy to settle for – even heated rear seats are found there. The XSE version at $ 51,590, on the other hand, adds desirable amenities such as 19-inch wheels, beautiful exterior and interior trim, a sunroof, a power tailgate, leather seats as well as assistance and control services. remotely offered by Toyota.

Then there is the Premium Technology package which gives a good layer for an extra $ 5,400: ventilated front seats with position memory for the driver, panoramic roof, head-up display, navigation, 360-degree cameras, system JBL audio with 11 speakers and so on.

The RAV4 Prime is eligible for the full government credit of $ 13,000. Moreover, when we do the math, we see that this plug-in hybrid variant is sometimes cheaper than the ordinary 2021 RAV4 hybrid (from $ 32,490), which is much less powerful (219 hp) and less well equipped!

In a perfect world, all consumers who want to get a RAV4 Prime could get it in the shortest time possible, but unfortunately this is not the case. Production concentrated in Japan and limited to around 1,000 Canadian copies for the first model year (blame the shortage of batteries) means that many will have to wait a year or more.

You still have the luxury of waiting, because the alternatives are not raining. The Ford Escape plug-in hybrid (FWD only) will not finally enter production until 2021, followed later by the next-generation Mitsubishi Outlander PHEV. Unless you’re already dreaming of 100% electric SUVs like the Volkswagen ID.4 and the Nissan Ariya …