Lara Fabian miscarried in 2017, when she was 47 years old. The singer recounts this drama in Lara, a fascinating documentary in which she opens on several sensitive subjects, including Celine Dion.

Expected on Club illico Thursday, this film produced by Déferlantes (The Voice, The True Nature) paints a revealing portrait of the Belgian-Quebec artist as she goes on a world tour to mark her 50th birthday.

For nearly an hour and a half, Lara Fabian opens up like never before, in an interview with Jean-Philippe Dion, as well as by letting the camera of director Jean-François Fontaine follow her around the world.

One of the most gripping segments of the documentary was captured in Sicily, while she was visiting her family. Supported by Gabriel Di Giorgio, her husband of the past 8 years, she recounts her painful day of March 22, 2017, when she participated in the commemorations of the Brussels attacks, which occurred 12 months earlier. In the space of a few hours, two pieces of news turned her world upside down: she learned that she was pregnant … with an unviable child.

“My baby had no heart,” explains the singer, fighting back tears behind her sunglasses. It’s a very strange anomaly. ”

Executive producer of Lara, Jean-Philippe Dion does not hesitate to ask “the real questions” to his interlocutor, even when they relate to more painful periods, such as his conquest of the American market, which ended abruptly at the beginning of the 2000s.

The reasons are multiple, but reading between the lines, we understand that behind the scenes, the Celine Dion clan, which was also under contract with Sony Music, did not remain quiet in his corner. To prevent Lara Fabian from coming to play in her flower beds, the team behind her played hard, very hard. Result: overnight, Lara Fabian was parachuted to another record company, surrounded by people with whom she had never worked. They had pulled the rug out from under him.

In videoconference Tuesday afternoon to talk about the documentary, the main interested party did not appear bitter in evoking this difficult period during which her American dream collapsed before her eyes. These are “the rules of the game,” she philosophized.

Even more, today she thanks Heaven for having been thrown out of an environment that forced her to lose weight and change her image to respect a format.

“I don’t know how I would have gotten through this wringer. And that’s quite a wringer, ”she said.

The documentary Lara was sold in Belgium. It could also be presented in France. Talks are underway, said Jean-Philippe Dion.

Victoria Smith who hails from Toronto, Canada currently runs this news portofolio who completed Masters in Political science from University of Toronto. She started her career with BBC then relocated to TorontoStar as senior political reporter. She is caring and hardworking.
Previous You have to learn to live with life
Next A major name in Canadian alpine skiing is retiring 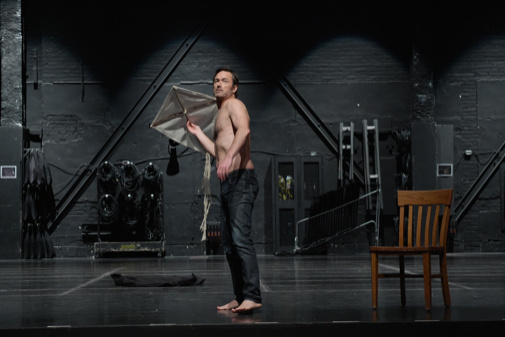 Opera The orange grove, adapted from Larry Tremblay’s best-selling novel, which was due to be …