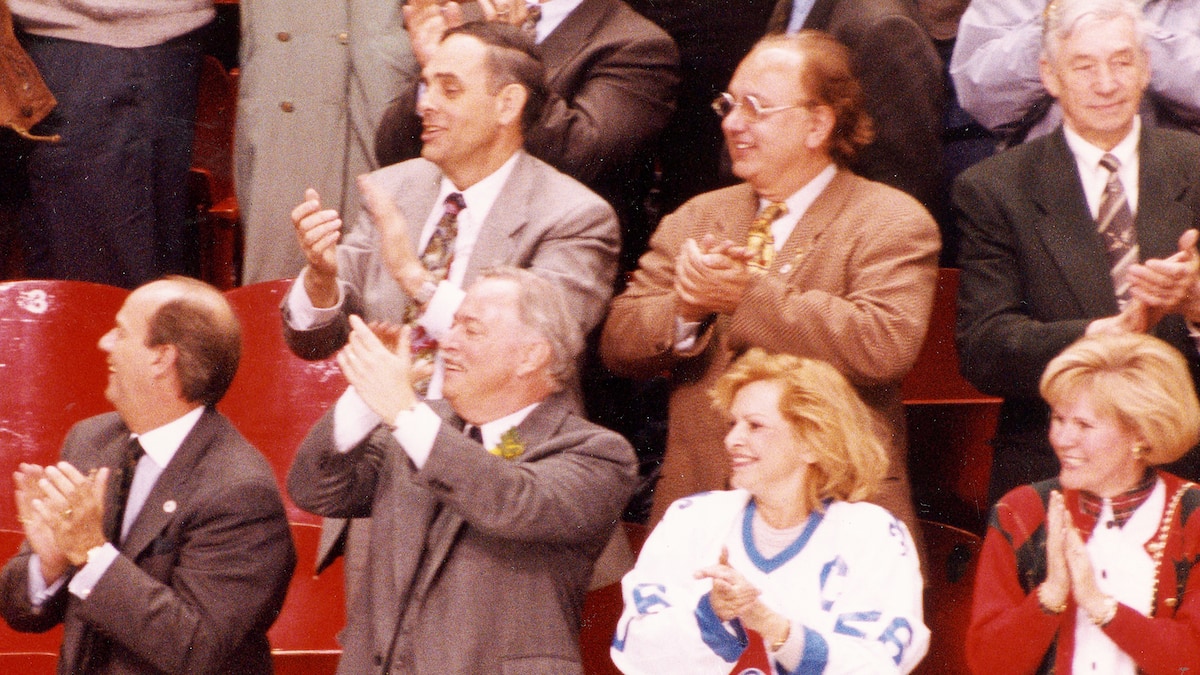 Little appetite to save the Nordics

Prime Minister Jacques Parizeau considered it improbable to avoid a move by the Nordics to an American city and Quebec’s counter-offer to the owners was initially aimed at preventing the PQ government from being outraged, new documents reveal.

• Read also: Guy Lafleur faces a recurrence of his cancer

• Read also: Discussions still underway for a return of the Nordiques to Quebec

On April 12, 1995, even before appointing a negotiator in the matter, Mr. Parizeau confided to his council of ministers his skepticism about the rescue plan of Marcel Aubut, then president of the Nordiques.

The Prime Minister doubts that the construction of a new Colosseum in Quebec will be able to solve the financial problems of the team, we read in briefs of the executive council recently made public, but of which certain passages remain redacted.

“Indeed, in his opinion, the financial hole facing the Nordics comes from salary increases, of course, but also from the increase in other expenses,” explains the document which summarizes the deliberations between the ministers.

That same day, the Premier of Quebec announced the appointment of a negotiator to submit an offer to the NHL franchise.

It must be said that the demands of Marcel Aubut – unveiled in the following days by the chief of staff of Mr. Parizeau – were indeed “astounding”, as the Prime Minister had expressed it at the time.

In addition to a new amphitheater, the Nordiques demanded free rent and that the government undertakes to absorb the losses of the team for 10 years, entrusts Mr. Parizeau to his ministers.

He admits “not showing much enthusiasm” in the face of these demands.

But the PQ government wants to avoid the odiousness of moving a National Hockey League team to the United States, especially on the eve of a referendum on Quebec sovereignty.

“However, it should not be the government that says no to the Nordiques’ request,” notes Mr. Parizeau.

He therefore undertakes to make “a reasonable offer” and to appoint “a sincere negotiator with a very precise mandate”.

Quebec will offer, it is known, aid over two years, the time to see if the NHL will modify the progression of salaries and other expenses.

“In this regard, there are not too many illusions”, underlines the summary of the meeting.

Indeed, the lockout which had just ended in January had postponed the idea of ​​a salary cap, which would have helped the smallest markets like Quebec.

The following May 3 meeting shows that the Nordic rescue had little support within the PQ government.

That morning, the newspapers reported a deadlock in the negotiations. Aubut has just rejected Quebec’s offer to become a shareholder of the club and to absorb the deficits for the next two years, estimated at at least $ 18 million.

In the May 17, 1995 edition of the Journal, Mr. Parizeau announced the death of the Nordics.

Around the table of the Council of Ministers, we are especially worried about the message that the government would send by subsidizing a team of wealthy players.

The same month must begin the great March of bread and roses, on the initiative of Françoise David, to denounce poverty among women and the government is working on its responses to the series of demands of feminist groups.

The Minister of Income Security and the Status of Women, Jeanne Blackburn, goes in the same direction.

“Ms. Blackburn is of the opinion that the population of the regions does not want the government to invest in the Nordiques of Quebec, given the state of poverty in which a fairly large proportion of the population finds itself. ”

On the same day, at the Salon Bleu, Jacques Parizeau will also point out that the taxpayer “is not obligated to thank you, he is taxed enough like that! “.

Jean Garon, him, reports the words of a person, whose name is redacted, who considers that the presence of the Nordics “has no effect on the regional economy”.

And then, ministers like Jacques Brassard and Rita Dionne-Marsolais wonder if the organization has not already concluded the sale of the team.

In the end, only Mr. Brassard defends the team, according to the comments reported.

“The team’s presence in Quebec City means significant economic benefits for the region,” he believes.

His colleague in Finance and Revenue, Jean Campeau, is not of this opinion. “A bad hockey team contributes to giving the region a bad image,” he believes.

The day before, the Fleurdelisés were eliminated by the Rangers. The next day, The newspaper title: “It’s over”, while Marcel Aubut refuses the offer from Quebec.

Pauline Marois, she does not participate in the discussions because of her husband’s business ties with the Nordics. Claude Blanchet was at the time CEO of the FTQ Solidarity Fund, a major shareholder of the team.

In the end, the PQ government will avoid losing face in this matter, despite the team moving.

The main dates of the Nordiques move

Creation of the club which then evolves into the World Hockey Association.

The Nordiques join the National Hockey League, as do the Edmonton Oilers, Winnipeg Jets and Hartford Whalers.

The club are excluded from the playoffs for a fifth straight season.

The team makes the playoffs, but is eliminated in the first round by the Montreal Canadiens.

The Nordiques are missing the playoffs again.

The team is in its final game, a loss to the New York Rangers in the playoffs.

The leaders announce the sale of the Nordiques to the American group Comsat Video for a sum of $ 75 million.

The Colorado Avalanche, who replaced the Nordiques, wins the Stanley Cup.

Victoria Smith who hails from Toronto, Canada currently runs this news portofolio who completed Masters in Political science from University of Toronto. She started her career with BBC then relocated to TorontoStar as senior political reporter. She is caring and hardworking.
Previous “More children victims of mental health”
Next A change that will be welcome 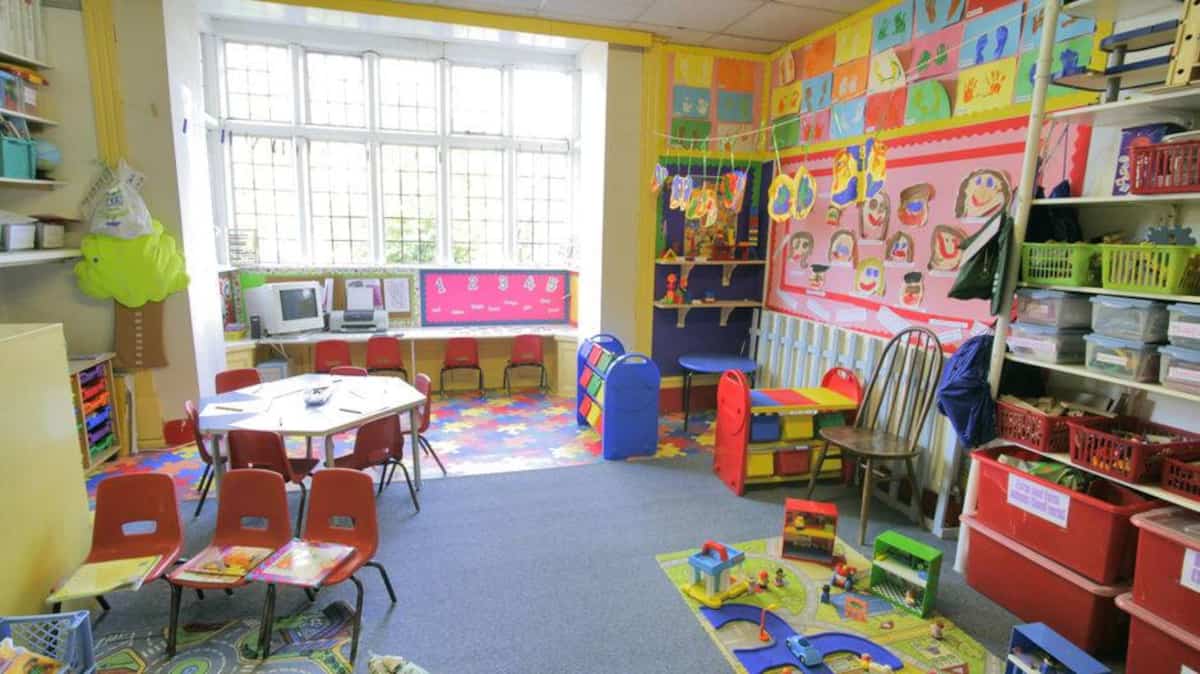 A Val-d’Or daycare center must refuse children because of a lack of manpower. A situation …