Musical chair at the guards

The uncertainty about the next season and the health crisis making the NHL’s income difficult to predict for the next few years, the 31 general managers remained very quiet on this opening day of the free agent market. We were far from the crowds of Black Friday or Boxing Day.

In fact, it felt more like a Christmas party from a time without a pandemic. The goalkeepers, in great demand, have indulged in a funny round of musical chair.

From the group, it was Markstrom who emerged as the winner of the competition. The most coveted keeper of this vintage, he signed a six-season deal with the Flames. A pact that will bring him a total of $ 36 million.

” This is completely crazy. It’s flattering to know that a team shows you so much interest that they are ready to get along in the long term with you, ”said the Swede, in an interview with Flames TV.

The 30-year-old goalkeeper stepped out of the shadows last season. His 23-16-4 record, 2.75 goals-against average and .918 save efficiency rate earned him an All-Star appearance and fourth place in the Vezina Trophy poll.

However, who says Swedish goalkeeper, says Henrik Lundqvist. When his contract was bought by the Rangers, King Henrik had taken care to specify that he was still inhabited by the same passion and that he still possessed this taste for victory.

By joining the Capitals for the next season ($ 1.5M), the 38-year-old veteran won’t have to move far. Despite their hasty exit in the Toronto bubble, the Capitals still have a good team.

“At the point where I am in my career, I want to win. This is what is most important. And the Capitals are a team that knows what it’s like to win, ”the man who has been the face of the Rangers for 15 seasons told TSN.

Young Ilya Samsonov can count on a good mentor to support him. Deeming him ready to take on more responsibility, the Capitals chose not to renew Holtby’s contract. The latter took the road to Vancouver where he signed a two-season agreement ($ 4.3 million per year) with the Canucks.

In addition to the goaltenders mentioned above, Matt Murray ($ 25M in 4 years with the Senators), Anton Khudobin ($ 10M in 3 years with the Stars) and Malcolm Subban ($ 1.7M in 2 years) signed agreements with the teams to which they already belonged. Notice to interested parties: Keith Kinkaid ($ 1.75M in 2 years) has found work in the Ranger organization.

At the other positions, at the time of going to press, only one of the main players available had found a buyer. Torey Krug had just agreed with the Blues for seven years and $ 45.5 million. As for Taylor Hall, Alex Pietrangelo, Tyson Barrie, Mike Hoffman and Tyler Toffoli, they were always available. However, transactions and contract buyouts in recent days, particularly on the side of the Blue Jackets and Golden Knights, who have cleaned up their finances, suggest that there are negotiations underway.

Victoria Smith who hails from Toronto, Canada currently runs this news portofolio who completed Masters in Political science from University of Toronto. She started her career with BBC then relocated to TorontoStar as senior political reporter. She is caring and hardworking.
Previous The cost of a pet is not to be neglected
Next COVID-19: 23 new infections in Gaspésie 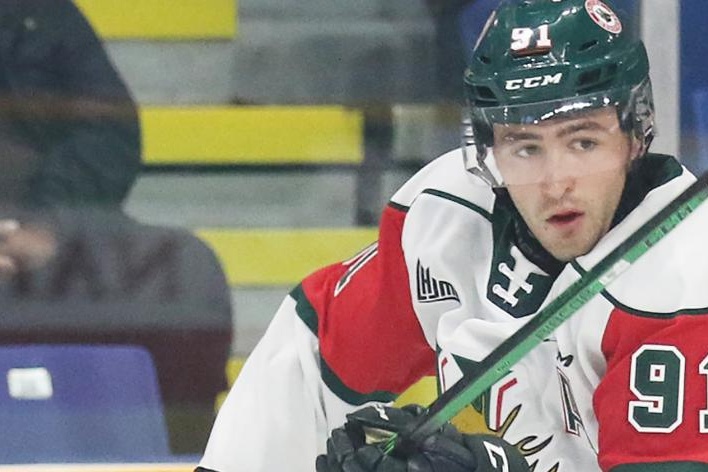 QMJHL | Elliot Desnoyers is the player of the week