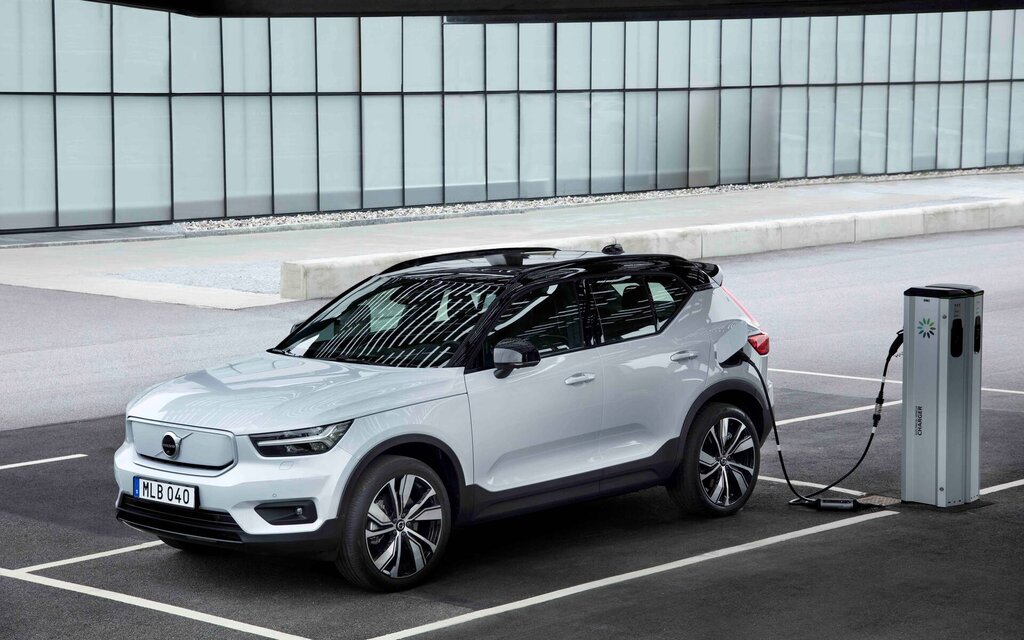 Volvo XC40 Recharge: the all-electric SUV is coming to the country soon

The electrically powered Volvo XC40 Recharge will be available at dealerships nationwide as of the fourth quarter of 2020 as a 2021 model.

This means that the first copies should be sent to the brand’s Canadian dealers in the coming days and that the price of the electric-powered compact SUV will be announced very soon.

The Volvo XC40 Recharge P8 is assembled at Volvo’s Ghent plant in Belgium, which also produces the thermal engine XC40, this electric variant of the Swedish brand’s SUV being developed on the platform Compact Modular Architecture (CMA) also serving the conventional engine XC40. The CMA platform was designed from the start to suit both combustion engine, hybrid and electric vehicles, according to Volvo. Incidentally, this platform also serves as the basis for the electrically powered Polestar 2.

The Volvo XC40 Recharge is powered by two electric motors, one for each wheel set, which means that this variant becomes de facto an integral, which are powered by a battery with a capacity of 78 kWh. Recharging from the mains can be done using a 150 kW fast charging station up to 80% of its capacity in 40 minutes, on a conventional level 2 terminal as well as on a 120-volt outlet, but the manufacturer did not specify the recharge time on these last two types of current.

Volvo provides a charging cable, two meters long, which can be plugged into a 240 or 120 volt outlet, which is stored in the frunk, or the storage compartment located under the front hood of the vehicle. The mass of the battery inversely affects the weight of the XC40 Recharge P8, which weighs nearly 500 kilos more when weighed than an XC40 T5 with a gasoline engine. Autonomy is announced at 400 kilometers according to the protocol World Light-vehicle Testing Procedure (WLTP), which is more optimistic than reality, however.

The combined power of the two electric motors is equivalent to 402 horsepower, while the maximum torque, available upon initial acceleration, is estimated at 486 lb-ft which should allow the XC40 Recharge P8 to take off with aplomb despite its higher mass. .

The styling of the body is very similar to that of a conventional XC40, the Recharge P8 variant standing out for its specific grille with brand logo incorporating the sensors of the electronic driving assistance system Advanced Driver Assitance Systems (ADAS).

The interior of the XC40 Recharge P8 conforms in all respects to that of a conventional XC40, with the exception of the start button which is missing here. Instead, a sensor housed under the seat of the detects the presence of the driver on board and controls the activation of the various systems of the car.

Next, the driver must step on the brake pedal and move the gear lever to Drive or Reverse to start the vehicle. The Sensus telematics system is here replaced by a new interface developed by Android allowing access to Google Automotive Services functionalities, and thus activating Google Maps or Spotify, among others, simply by saying “Hey Google” before placing an order. vocal.

It also means that updates to this Android telematics system will be automatic and wireless, just like on a smartphone. The presence of the battery in the vehicle floor also means that the interior space volume of the XC40 Recharge P8 is for all practical purposes identical to that of a conventional XC40, the cargo space volume being even slightly increased by the presence the storage compartment under the front hood.

An electric XC20 in sight?

This new vehicle will be developed on a new architecture, specific to electric vehicles, called Sustainable Experience Architecture (SEA), which was presented as a world premiere by Chinese manufacturer Geely at the recent Beijing Auto Show.

Volvo being part of the portfolio of brands of this Chinese automotive giant, it would be logical for the Swedish brand to take advantage of this synergy that would allow it to offer a new SUV with electric drive at little cost in a relatively short timeframe. Story to follow …