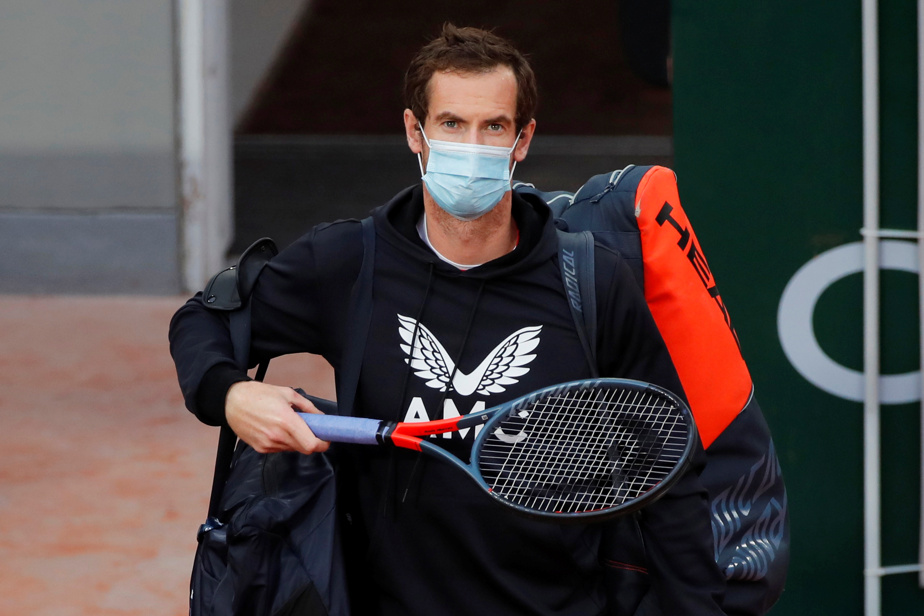 (Melbourne) Andy Murray was diagnosed positive for COVID-19 days before leaving the UK for the Australian Tennis Open, a person familiar with the situation told The Associated Press on Thursday .

The holder of three career Grand Slam titles has quarantined himself at his home in London and still hopes to be able to take part in the first major tournament of the campaign, the person said.

Murray received an invitation to the Australian Open main draw.

This tournament has been postponed for three weeks due to health restrictions to fight the coronavirus, and is due to get underway on February 8. Players and managers must spend 14 days in quarantine upon arrival in Australia.

Murray, a five-time finalist in Australia, recently withdrew from the Delray Beach Open in Florida in order to “limit the risks” of being infected with the virus while traveling internationally.

Even if the positive diagnosis threatens his participation in the Australian Open, that does not mean that he will be absent.

US player Tennys Sandgren was given special permission to fly from Los Angeles to Melbourne, despite being diagnosed positive for COVID-19 in November and again on Monday.

Under the protocol developed with Australian health authorities, all players must test negative before boarding their flight to Australia. In addition, they may need to be re-tested upon arrival, and daily during their mandatory 14-day quarantine.

The first contingent of around 1,200 players, coaches, entourage and officials was due to arrive in Australia on Thursday.

Tennis Australia said on Thursday that players who have previously been diagnosed positive for COVID-19 must “provide additional and specific medical information to demonstrate that they have recovered and are no longer contagious or represent a risk to others. ”

Murray tumbled to 122e global level after being slowed down in recent years by injuries and hip surgeries.

The 33-year-old Scot had announced his retirement in Melbourne two years ago, before undergoing a second round of surgeries to extend his career as a professional tennis player.

Share
Previous Canadian-Congolese writer Blaise Ndala puts the finishing touches on his third novel
Next You’ve lost your sense of smell due to COVID, don’t despair

Joel Armia suffers from a concussion

The Canadian may have to do without Joel Armia’s services for some time. The post-hitting …