Tesla: a punch in the face of Ford?

We learned a few days ago that the manufacturer Tesla would soon market a two-wheel-drive version of its popular Model Y, thus making it eligible for the full provincial credit of $ 8,000. A version whose autonomy is reduced to 393 kilometers, coming directly to compare to what Ford offers, with its Mustang Mach-E Select.

With an entry price of $ 56,290, the two-wheel-drive Model Y will allow Tesla to reach a much larger customer base than the one already won by the product. Its price compared to a Long Autonomy version with four-wheel drive is ultimately lowered by $ 20,658, considering its eligibility for the provincial subsidy of $ 8,000. In other words, you’ll shell out $ 49,332 plus tax for a Model Y with standard range, and $ 69,990 plus tax for the higher model.

Ford, for its part, is adopting a more complex strategy with its Mustang Mach-E range, which will land in dealerships in a few weeks. A range made up of five versions, the first two of which are eligible for provincial credits granted by the Ministry of Energy and Natural Resources of Quebec.

A history of grants

Thus, the Select and Premium versions are eligible for a credit of $ 8,000 taxes included, while the First Edition, California Route 1 and GT variants are excluded. Why that? Because the Manufacturer’s Suggested Retail Price (MSRP) of the Select and Premium versions, excluding freight and delivery charges, is less than $ 60,000. For the Select, the MSRP is set at $ 50,495, plus a charge of $ 3,500 for the all-wheel drive model. Then, for the Premium version, the price is set at $ 58,745, to which is added once again the surcharge of $ 3,500 for all-wheel drive.

You will therefore have understood that by opting for the Premium model with four-wheel drive, the invoice exceeds by $ 2,245, the threshold of $ 60,000. However, since all-wheel drive is, according to Ford’s strategy, an option added to the model in the same way as a sunroof or a navigation system, the vehicle remains eligible.

Unsurprisingly, the manufacturer has consequently chosen to highlight the Premium AWD version, more than any other, constituting for the Quebec buyer the best deal in the range. Moreover, by presenting the product in various written, web or television chronicles, I had even personally mentioned it, considering that Ford had made use of its political contacts so that this version could be eligible for credits.


The wind is turning

Now, a twist! We learned this week, at the same time as the announcement of the launch of a new entry-level version of the Tesla Model Y, that the Quebec Ministry of Energy and Natural Resources would not apply the credit to the Premium four-wheel drive version of the Mustang Mach-E. Funny coincidence, isn’t it?

Needless to say, the folks at Ford are furious about this situation. On the one hand, because their marketing strategy must be rethought, but also because this withdrawal affects the sale of hundreds of vehicles on order.

On the side of the ministry, however, we are told that the credit has never been applicable to this version, rather a misinterpretation by the people of Ford, facing the threshold of eligibility of models. In fact, because all-wheel drive is not considered by the Ministry as an option, but rather as a jump to a higher range (therefore as a specific model), the vehicle is consequently excluded from the program.

Valérie Savard, representative of the Ministry of Energy and Natural Resources of Quebec, admits that this is a late reaction from her Ministry, considering that Ford has been advertising its vehicle for several months already, but that a clarification on the eligibility rules will be posted this week on their website. “Such a situation has never arisen in the past, which leads us to have to provide clarifications. However, this decision is final and without appeal, since it is a misinterpretation on the part of the manufacturer Ford ”.

Ms. Savard also mentions that the facts of this unfairness vis-à-vis other manufacturers were recently brought to their attention, thus forcing the Department to quickly clarify the situation with Ford of Canada. However, although the source is not revealed, it is easy to believe that the message came from representatives of Tesla, who announced on the same day Ford received the memo, the arrival of a new version eligible for credits. .

Interestingly, at the time of this writing, it was still stated on the Government’s website that the Ford Mustang Mach-E in Select or Premium version was eligible for a credit of $ 8,000, without making any nuance for the version at all-wheel drive.


Ford, clearly dissatisfied with this decision, would therefore be in discussions with government officials to rectify the situation.

Mind you, it would be easy to fix that by lowering the price of this version at Ford to $ 59,999. However, this option would affect the profitability of the model for the manufacturer, all to the delight of Elon Musk … 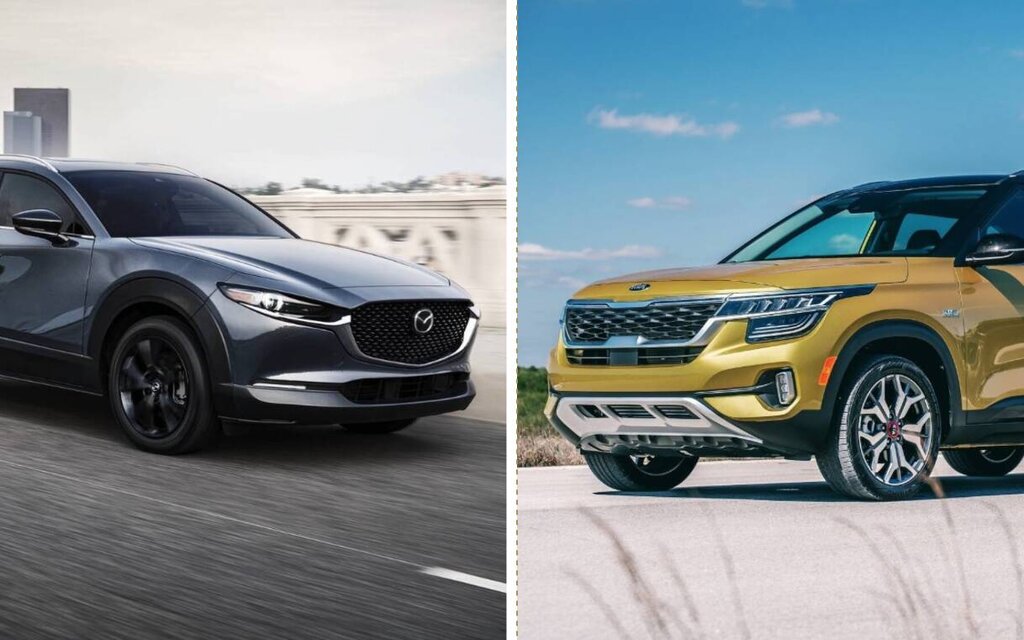