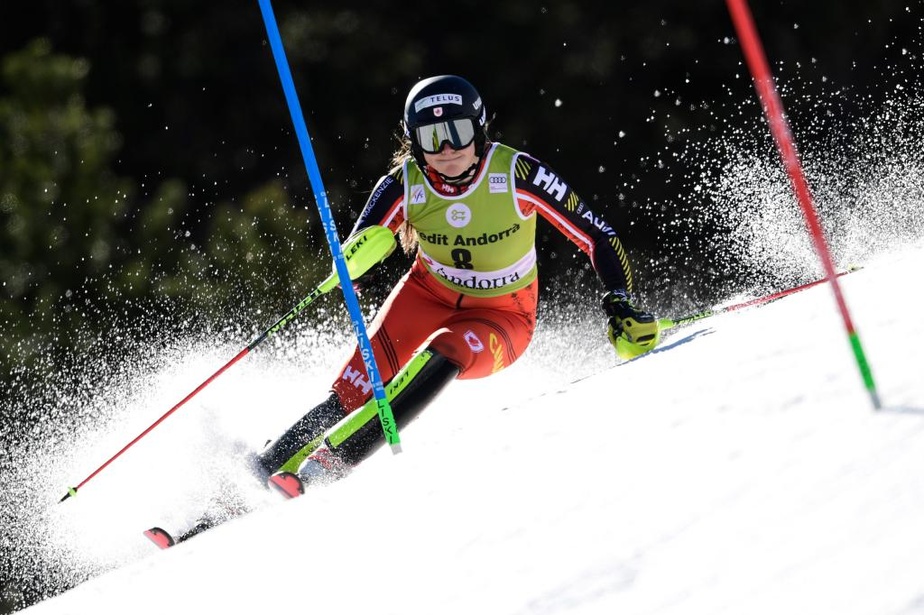 Laurence St-Germain and her teammates wondered if their trainer was paying their heads when he revealed what was at stake in a race simulation last week in Italy: two first class seats on the next flight!

Luca Agazzi had not lied: St-Germain and Ali Nullmeyer did indeed travel in the greatest comfort between Zurich and Finland on Wednesday.

“There wasn’t all the service with the champagne, let’s say, but I had the bench lying down! », Described the skier from Saint-Ferréol-les-Neiges, two days after this first class initiation. The International Ski Federation had chartered a flight in this context of health bubble and Canada had inherited two privileged tickets.

Beyond this friendly bonus, the presence of St-Germain at the front of the aircraft meant that this simulation at the end of the training camp in Val Senales had gone very well. Not only did she set the best cumulative time in the second and third heats, but she also clocked the fastest time on the first down, one of her big goals for the day.

Enough to give her confidence in view of the first two World Cup slaloms of the season, this Saturday and Sunday in Levi. Even though Finland’s large resort is located north of the Arctic Circle, temperatures were above freezing this week. On the training track, the skiers had to go back to the top by car, for lack of sufficient snow under the crossbow.

“Here, they keep the snow under hay during the summer, it’s the only way we can have a race at the moment,” testified the 26-year-old Quebecer, 10e to set off on Saturday.

After a last season cut short due to COVID-19 and two and a half months of training in Italy and Switzerland, St-Germain is very eager to attack the poles in a race situation.

“I feel great in training, I’m very positive,” she noted after her last dry warm-up on Friday night.

The country’s female athlete of the year took advantage of the pandemic to sort out an issue she was planning to address anyway: left knee pain that had been bothering her since an injury suffered four years ago.

Under the supervision of Charles Castonguay, former trainer for Alex Harvey, she gradually resumed agility exercises that she no longer allowed herself. She even started running again. At the end of the summer, it was day and night.

“I really feel like I’ve made some big physical gains. It appeared on the snow. I improved the technical points that I wanted. I am more consistent in my turns, more solid. I make fewer stupid mistakes! I am able to have a good solid descent. “

Right now I’m doing the best skiing I’ve ever done. The only point that remains to be tested is the mind in the race …

Eliminated in the first round at Levi last year, St-Germain refuses to get carried away. The Finnish course is particular with this start on a false flat. She prefers to attack a wall from the start before having fun on the flat, her great strength.

She fell back to 18e rank last winter, marked by two falls in the second round in Killington and in the last event at Kranjska Gora, on February 16. She had a positive streak in December and January, starting with a fifth place in the parallel slalom at St. Moritz, a personal high. She then finished 9e, 11e and 10e.

“I lacked consistency. I was floating around the top 10. There I really want to get into the top 10 in all races, with flashes in the top 5. When I go down, I go for the victory, that’s for sure. Maybe those expectations will change after the weekend. I feel good, I think I am capable. ”

Levi’s slalom will mark the return of Mikaela Shiffrin, who has been deprived of races for 300 days. First to take the start, the American with 66 victories ended her season prematurely in January after the sudden death of her father. Back pain prevented her from participating in the opening giant of Sölden last month.

St-Germain expects to see her on the podium – “it’s Mikaela Shiffrin! »-, but would put 2 euros on the Slovak Petra Vlhová, owner of the small globe, if she had to bet.

The big absentees will be world vice-champion Anna Swenn-Larsson and her Swedish teammates, forced to observe a quarantine when they arrive in Finland after their coach tested positive for COVID-19.

“I am really sad for her, she will miss two races, it takes away all the chances for the globe,” commented St-Germain, who is studying electrical engineering at Polytechnique.

When he left Quebec, St-Germain had put in a seven-month reserve of Korean lentils, not knowing what the future held. The cancellation of the North American tour is an additional challenge for Canadian and American skiers, who already had to contend with the distance.

Precisely, she misses the house. She will therefore return to Saint-Ferréol on Monday, despite the mandatory quarantine. Its next race is not scheduled until the end of December in Italy. Who knows, she might get an upgrade, champagne included.

Share
Previous Alain Moussi: martial arts to the music of Hans Zimmer!
Next The heartwarming playlist of our stars