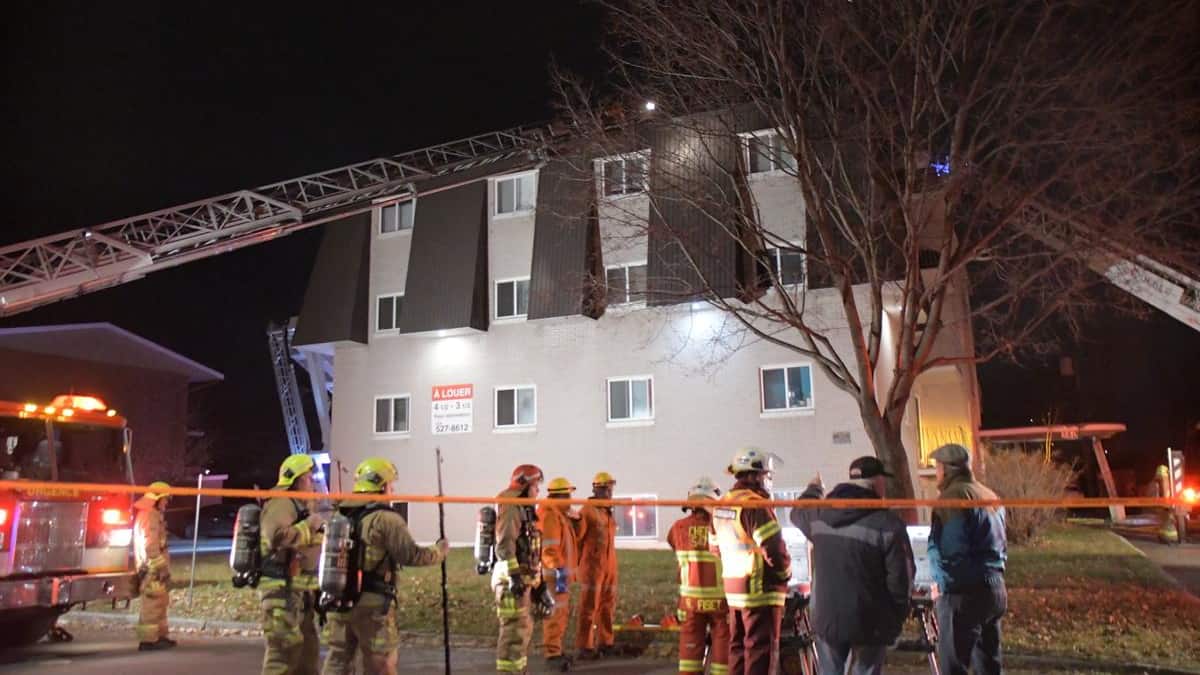 A fire leaves around twenty victims in Charlesbourg

A fire in an apartment building in Charlesbourg left about twenty victims, including a couple of deaf and dumb people who had to be evacuated by their balcony.

The couple living on the third floor of the building located at 340, 54e West Street was not directly threatened by the flames, but more by the smoke which made rescue through the corridors impossible.

It was therefore by using a lifting basket that the firefighters were able to rescue them. All the other residents of the building, which has 24 apartments, were able to evacuate the place on their own.

The fire broke out around 11:05 p.m. in a basement apartment. Fire damage is mostly concentrated in this apartment and part of the structure. However, dense black smoke spread through the building.

Two people were taken to hospital for inhaling the fumes, but their lives are not feared.

A total of 35 firefighters took part in the response, and the blaze was brought under control in just under an hour. The cause of the fire is not known at this time, but the hypothesis of voluntary action has been ruled out.

About twenty people were evacuated and taken care of by Red Cross workers. According to our information, one of them required special precautions, because she was infected with COVID-19.