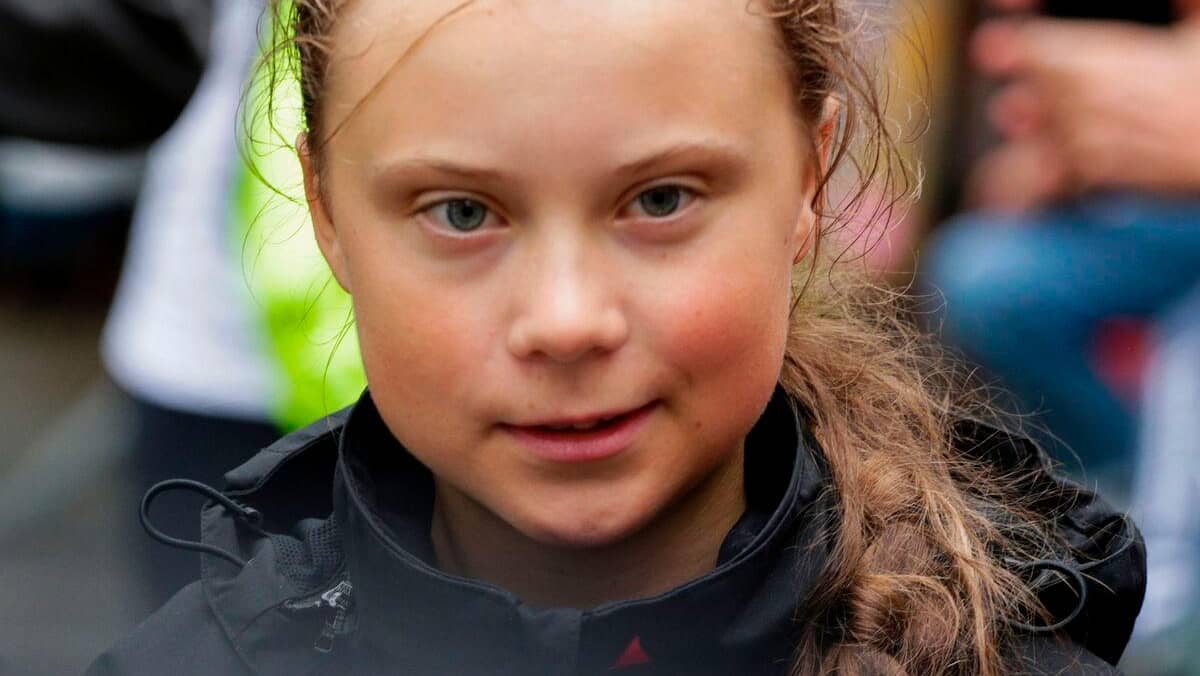 “I Am Greta”: portrait (complacent) of a teenager on fire

Nathan Grossman’s documentary “I Am Greta” follows Greta Thunberg as she becomes the instigator of a global movement to save the planet.

Filmed alone on the sailboat transporting her to the United States to attend the United Nations Climate Change Summit (COP24), Greta Thunberg talks about her feeling of being in a movie, of not believing in the reality of what ‘she lives. Because before raising the crowds, the 15-year-old girl demonstrated alone, every Friday, in front of the Swedish parliament.

His path is a lonely one despite the constant presence of his parents, an impression reinforced by the filmmaker’s framing, including close-ups, and the use of voiceovers. The music, it serves to give an impression of imminent apocalypse, intended to be in adequacy and to reinforce the speeches of Greta Thunberg. Because Nathan Grossman follows the latter everywhere, during his many trips – including his brief meeting with Pope Francis – and his meetings with world leaders, “I Am Greta” ending with the global climate strike in September. 2019.

The reflections of Greta Thunberg and her relatives are interspersed with hostile reactions from heads of state such as Donald Trump or Jair Bolsonaro, public figures who do not hesitate to vilify her, sometimes (and too often) even to insult her. . Quickly, and despite the curiosity experienced in observing it naturally, “I Am Greta” does not satisfy. Nathan Grossman, all in his idea of ​​documenting the journey of a teenage girl he visibly admires, forgets to talk about climate change and especially forgets to talk about the person, if only by collecting testimonies from relatives .

In this documentary context, the youth of Greta Thunberg serves her because her story and the movement she created are brand new. If she expresses doubts, fears and delivers her thoughts, she – as much as the filmmaker – has no perspective, has not yet integrated what is happening to her, unlike Malala Yousafzai in the documentary “He Named Me Malala ”(2015) which was dedicated to him.

“I Am Greta” therefore gives the impression of being a simple report, often redundant, which does not satisfy all the curiosity that one feels.

Available on VOD as well as on AppleTV.

www.tvanouvelles.ca
Share
Previous Revolutionary player declared positive for COVID-19
Next Hospitalizations up by 47

This week, we recommend documentaries Black suns, Zappa, the film Let me enter and others. …