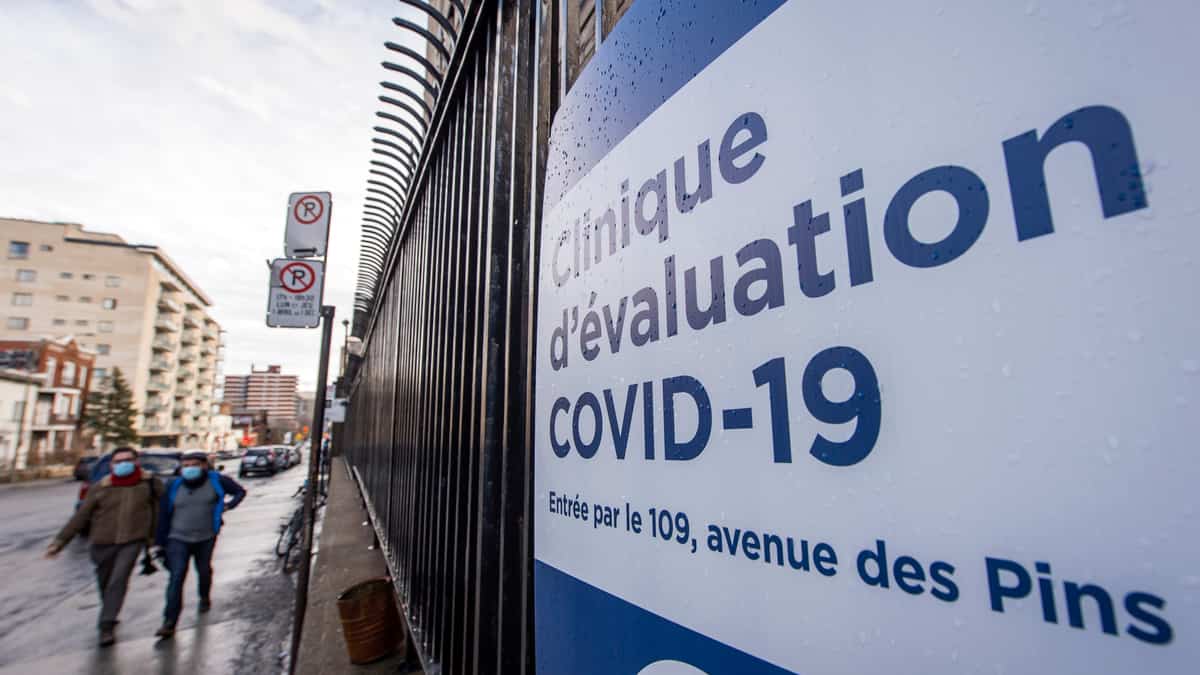 Developments on COVID-19 of November 15

You will find here all the news throughout the day related to this crisis which has hit the population, governments and the economy for several months.

23:01 | IOC President “very confident” about the attendance of spectators at the Tokyo Olympics

The President of the International Olympic Committee (IOC), Thomas Bach, said Monday “very confident” on the possibility of having spectators at the Olympic Games Tokyo-2020, scheduled for next summer after being postponed to March in due to the pandemic.

A man who does not believe in COVID-19 allegedly intentionally coughed on patients at a hospital in British Columbia, including a four-month-old child, in early November.

The United States recorded one million new Covid-19 infections in less than a week and crossed the 11 million case mark on Sunday, according to Johns Hopkins University.

An outbreak of coronavirus has emerged in Adelaide, a city in Australia that had not experienced a major outbreak for seven months, local authorities said on Tuesday.

After a sad record of 125 cases on Saturday, the Chaudière-Appalaches region recorded only 38 new infections on Sunday.

By recording more than 100 new cases for a third consecutive day, the Capitale-Nationale has passed the milestone of 10,000 people infected since the start of the pandemic.

Pfizer, Moderna, Novavax: The bosses of several US laboratories that develop COVID-19 vaccines with public money recently pocketed millions of dollars from the sale of shares, raising questions about the suitability of such transactions in times of health crisis.

The same day the pharmaceutical giant Pfizer announced that its vaccine was 90% effective, according to preliminary data, its managing director, Albert Bourla, sold $ 5.6 million worth of shares.

Largely spared since the start of the pandemic, Nunavut announced on Sunday an increase of ten cases of COVID-19, in addition to the eight cases announced in a dribble manner since the beginning of November.

These 10 new cases represent a significant increase for the vast northern territory. On Saturday, four new cases were announced, a record. The first case in Nunavut was not diagnosed until November 6.

The vaccine that the French group Sanofi is developing against Covid-19 for release in June 2021 will not need to be stored in the freezer, Sanofi France president Olivier Bogillot said on CNews on Sunday.

4:02 pm | Boris Johnson isolates himself after contact with someone positive for COVID-19

British Prime Minister Boris Johnson has gone into isolation after coming into contact with someone infected with the new coronavirus, a Downing Street spokesperson said on Sunday evening.

France approached the two million cases of COVID-19 on Sunday since the start of the epidemic, a bar that could be crossed on Monday, according to daily figures from Public Health France.

The World Health Organization (WHO) recorded an all-time high for new cases of COVID-19 worldwide for the day of Saturday, according to its pandemic dashboard updated on Sunday.

Harsh fines of nearly $ 1,300 were given to some participants during a demonstration in Manitoba against health measures imposed in one of the cities most affected by the pandemic in Canada for non-compliance with said health rules.

Laze all winter on your sofa and become the “hero” of the fight against COVID-19: two video clips of the German government parodying the style of war memories on Sunday aroused the enthusiasm of Internet users in Germany, and beyond, for their unexpected humor.

The general manager of the German company BioNTech, which has developed a vaccine against the new coronavirus with Pfizer, spoke on Sunday of a possible return to normal by next winter.

12:41 | The SPA wants to support the overworked veterinarians of Quebec

Overwhelmed since the start of the pandemic, Quebec veterinarians are struggling to meet the demand of pet owners, to the chagrin of the SPA, which intends to hire a new team to help animals.

After a week marked by a marked rise in COVID-19 cases and new records set on Saturday, Quebec and Ontario posted a slight drop on Sunday.

12:04 am | COVID invites itself into an underground party of 300 people

In defiance of the confinement in force in France, a clandestine party gathered in the night from Saturday to Sunday hundreds of people, at least one of whom was positive for COVID-19, leading to the intervention police who were attacked by revelers.

In a press briefing, Minister Dubé is delighted with the drop in cases observed today, but recalls that efforts must be continued.

8:58 am | Extension of nighttime curfew for three weeks in Tunisia

The nighttime curfew has been extended by three weeks in Tunisia, as well as the restrictive measures linked to the fight against the new coronavirus, to cope with the upsurge in the number of sick people, the government said.

The curfew, decided in early October in several large cities and generalized at the end of the same month, was extended by three weeks, according to a statement from the Minister of Health published late Saturday evening on Facebook.

8:08 am | Celebration without a mask: an NFL team in hot water

The New Orleans Saints, in the NFL, could face heavy penalties after several players celebrated their most recent unmasked victory in the team’s locker room.

7:08 am | Germans have to wait several months

Germany could experience another four to five months of restrictions due to the coronavirus pandemic, German Economy Minister Peter Altmaier has estimated.

There is a little nervousness in the air. Elianne, 8, sits in front of a television. For the very first time, it is she who occupies the comfortable throne in the kingdom of Santa Claus, at the Galeries Chagnon in Lévis, while the latter meets her from a distance.

A young Quebecer who has found a soul mate abroad had to get married to return to the country with her lover because of the increase in restrictions caused by the pandemic.

6:01 am | Clandestine party near Paris

The organizer of a clandestine evening which brought together hundreds of people near Paris, in defiance of confinement, and which had degenerated, as well as the owner of the pavilion where it was held, were placed in police custody, has AFP learned Sunday from a police source.

The two men were arrested after this party organized on the night of Friday to Saturday “in total disregard of health rules” in the Val-de-Marne in the Paris region, in a private residence.

Several Quebec universities have noted a worrying increase in cases of cheating and plagiarism since the start of the pandemic in a context of virtual evaluation conducive to dishonesty.

Mammoth responds to the wave of denunciations with “Our Voices”

Mammoth unveiled a strong song on Thursday, Our Voices, in response to the wave of …