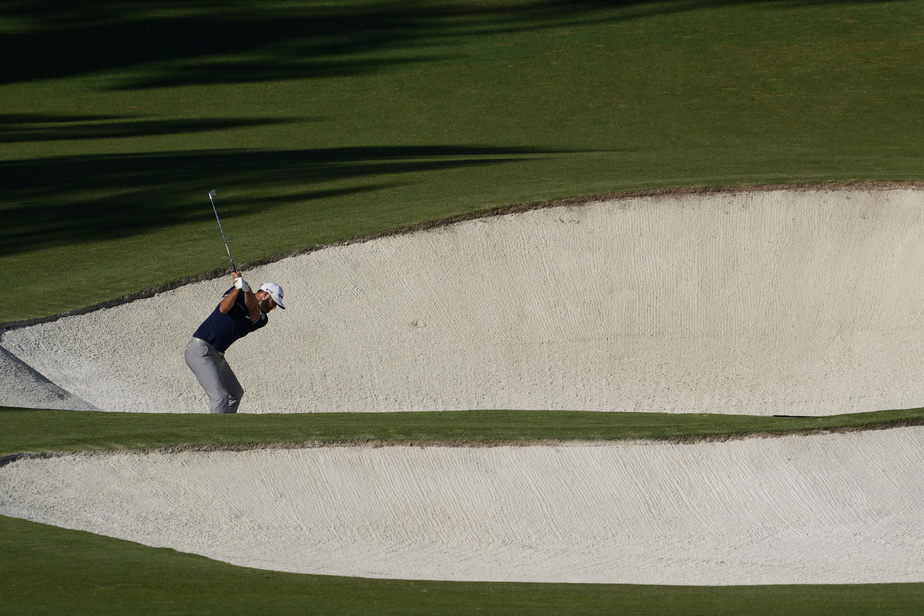 (Augusta) A long day despite the short period of sunshine in November didn’t confirm anything at the Masters Tournament on Friday, except that Dustin Johnson is playing like the No. 1 golfer in the world and Justin Thomas has finally figured out how to play Augusta National.

Johnson and Thomas were two of four golfers sharing the first spot when the second round was interrupted due to darkness – the result of a thunderstorm having delayed play for three hours the day before.

Among those who didn’t complete the second round is Tiger Woods, stuck in neutral on a day when the Greens picked up slightly and the wind shook the leaves a little. Bryson DeChambeau was in danger of not qualifying for the weekend’s rounds after losing a ball, which led to a triple boguey.

What we learned during the first two days of the Masters Tournament is that the course is not quite like spring, when the event usually takes place.

Mexican Abraham Ancer, one of 26 golfers in his first Masters tournament appearance, netted six birdies in a round of 67 (minus-5) to join Johnson (70) and Thomas (69) among the group. from head to minus-9. Australian Cameron Smith was also at minus-9 after registering an eagle and three birdies in a row on his last four holes in a round of 68.

South Korean Sungjae Im (70), another rookie, was in the squad with a header, as was American Patrick Cantlay (66), who was in the race for the green jacket in 2019.

“As strange as it sounds, you really have to forget about your past experiences this week,” said Thomas. If you rely too much on what you’ve learned from this journey in the past, it can work against you. But at the end of the day, the course is softer and it is easier to get good scores. ”

Thomas demonstrated it on Friday morning, when he was one of 44 golfers due to complete his first round. Thomas was far to the left of 15e green, having to attempt a nearly impossible shot under normal circumstances. This time he went from a low approach that bit the green and his ball came to rest close enough to the cup to follow up with an easy birdie.

“I had to be confident that the retro effect was going to put the brakes on the ball,” Thomas said. The bullets leave marks all over the place. ”

Johnson was one of three golfers to finish one stroke off Woods at the Masters last year and he seemed to find his fairway with four birdies on the second nine for a score of 65 in the morning. He then shared the lead after 18 holes with Dylan Frittelli and Paul Casey.

Johnson quickly became the first golfer to hit minus-10 this week with three birdies around Amen Corner. However, he followed up with a buggy at 14e, after his bullet became marred with mud – which is not unusual this week.

At 15e, his iron-3 shot was slowed down by a squall and it was enough for his ball to stop on the front of the green before rolling into the water. It also led to a bug.

Johnson redeemed himself with 11 straight pars, then ended his day with a birdie on the ninth hole.

After a start to the tournament in the rain, the forecasts are better this weekend.

“I think the pitch can firm up a bit, but it will be difficult,” said Johnson. I think he’s going to stay soft enough to play aggressive golf and keep playing like I do. I like how I play. I like my chances. ”

Japan’s Hideki Matsuyama and Spaniard Jon Rahm were also minus-8 when play was interrupted, but they will have to return early Saturday to complete their second round. Woods was tied at 22e ranked under-4 with eight holes to play when he left the course on Friday.

Corey Conners of Listowel, Ont., Was in the next group at minus-3 with two holes left. Nick Taylor of Abbotsford, BC, was tied at par after a round of 72. Mike Weir of Brights Grove, Ont., And Adam Hadwin of Abbotsford were in danger of not getting together. qualify for the final two rounds, plus-1 and plus-2 respectively, with nine and five holes to play.

25 years after the exchange of Patrick Roy: the day when everything changed for the Canadian

In the history of the Canadiens, there is not a transaction that has raised so …