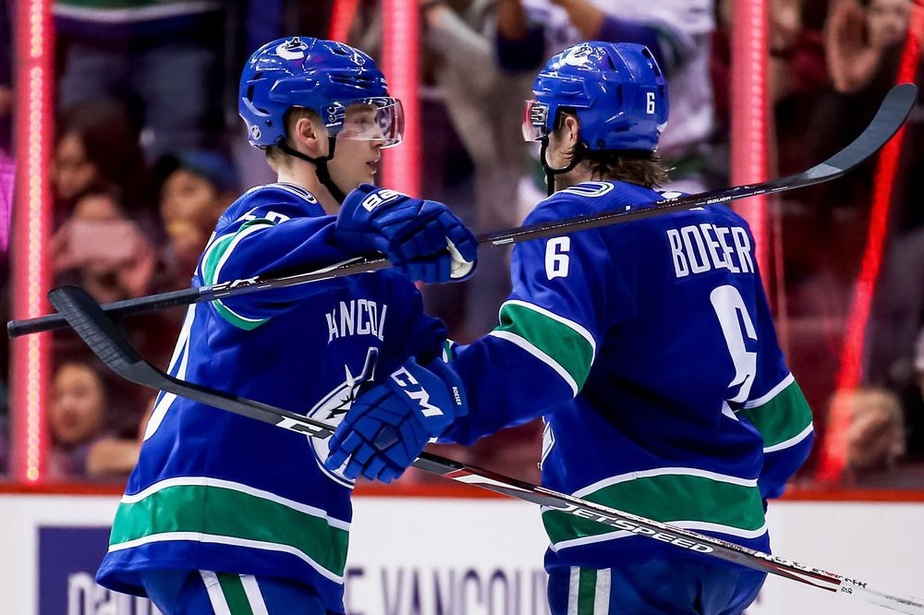 The prospect of a Canadian division is becoming increasingly likely for the next NHL season. Let’s see where the Canadiens’ potential opponents are since the end of activities. Let’s start today with the westernmost team, the Vancouver Canucks.

Only one Canadian club reached the second round of the playoffs this summer. The Vancouver Canucks owe it to rising stars Elias Pettersson, Quinn Hughes, Bo Horvat and young goaltender Thatcher Demko.

The twins Henrik and Daniel Sedin can rest easy. After a stormy transition, the Canucks’ future is secure.

The revival of this team rested on the shoulders of a genius recruiter, Judd Brackett. In just two drafts, in 2016 and 2017, he found sixth-place number one center Pettersson and number one defenseman Quinn Hughes seventh place.

Brackett is arguably the Canucks’ biggest loss of 2020. After tough negotiations, he chose to join the Minnesota Wild’s organization this summer. In his first draft with his new team, Brackett switched to center Marco Rossi in ninth place.

Next year, the Canucks will focus on the progress of their youngsters. Already, the torch has been passed in front of the net. An injury to Jakob Markstrom made Demko, 24, stand out in the playoffs. In the last three games of the series against Vegas, he allowed just two goals while receiving 42, 48 and 34 shots. The Golden Knights took out the Canucks painfully in seven games.

Markstrom used his full autonomy to get $ 36 million for six years from the Calgary Flames. Canucks GM Jim Benning replaced him with former Capitals goaltender Braden Holtby at a very reasonable $ 8.6 million for two years. Demko will be well supported.

Vancouver lost a member of its top 4 defensive player Chris Tanev, also in Calgary as a free agent, but was replaced by a better player: Nate Schmidt.

This one was obtained for a pittance, a third-round pick in 2022, because the Golden Knights needed to cut their payroll in order to welcome Alex Pietrangelo.

Schmidt, 29, amassed 31 points in 59 regular season games (43 points prorated for a full season) and was Vegas’ most used player in the playoffs, averaging 23:03 per game. A quartet made up of Hughes, Schmidt, Alex Edler and Tyler Myers is not stung.

We also hope to see the team’s first pick, fifth overall in 2016, Olli Juolevi, come out after an encouraging winter in the American League. Juolevi even got a playoff game. Otherwise, we’ll turn to another offensive left-handed defenseman, Jack Rathbone, 21, 31 points in 28 games at Harvard in the NCAA last winter.

Even though Tyler Toffoli was obtained at the end of the season only, his departure hurts. We will try to replace him on the first line to the right of Pettersson and JT Miller by Jake Virtanen. He scored 18 goals in the regular season, but amassed a meager three points in 16 playoff games.

At the center of the second trio, Bo Horvat, 25, continues to progress. He was on his way to a 63-point season, having obtained 61 the previous year. He has scored 10 goals in 17 playoff games. He should once again be (well) surrounded by Brock Boeser and Tanner Pearson. Boeser, 23, was on his way to a debut season of 65 or more points.

Adam Gaudette is a quality center for a third trio, between Alexandre Roussel and Brandon Sutter.

But other young people are knocking on the door. Their 2019 second-round pick, left winger Nils Hoglander, signed his contract this spring. He has 11 points in seven World Junior Championship games with Sweden. Pending the resumption of activities, he was loaned to club Rogle, where he obtained nine points in 13 games.

Another prominent prospect, right winger Vasili Podkolzin, 10th overall in 2019, 19, was smoking last week at the Karjala Cup with the Russian squad, of which he captained despite his young age. Podkolzin, five points in three games at this Championship, is still under contract with St. Petersburg, but could join the Canucks once the KHL season ends in late April. The NHL might then be in the mid-season.

Given the strengths in place, the performance in the playoffs, the next generation, the Canucks could well be the best Canadian team this winter.

In these times of pandemic, and the gyms closed, two Quebec hopes of the Canadian, Rafaël Harvey-Pinard and Joël Teasdale, are training with the means at hand… in the yard of Teasdale! Guillaume Lefrançois tells.

Share
Previous And turn the crank
Next Les étoiles, by Jacques Goldstyn, wins the TD Prize 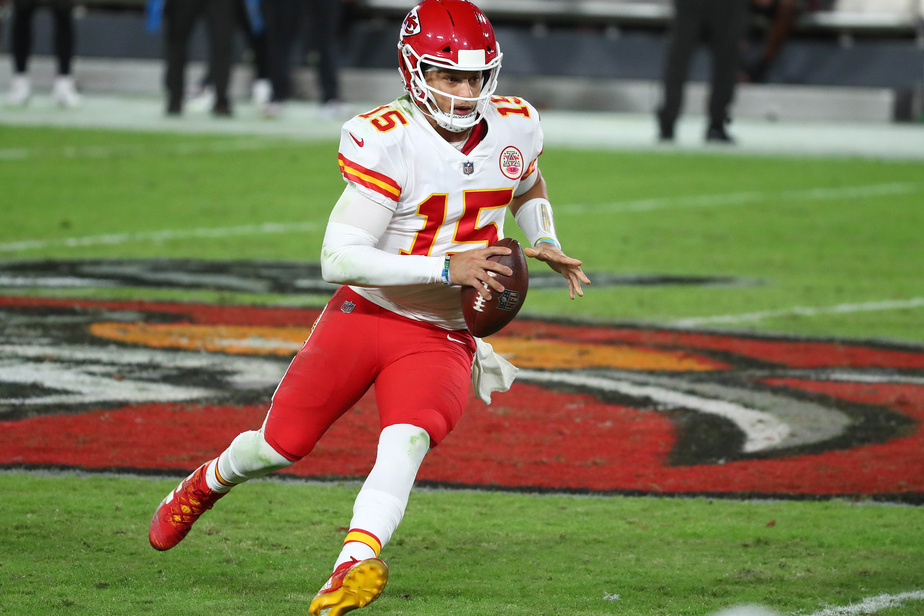