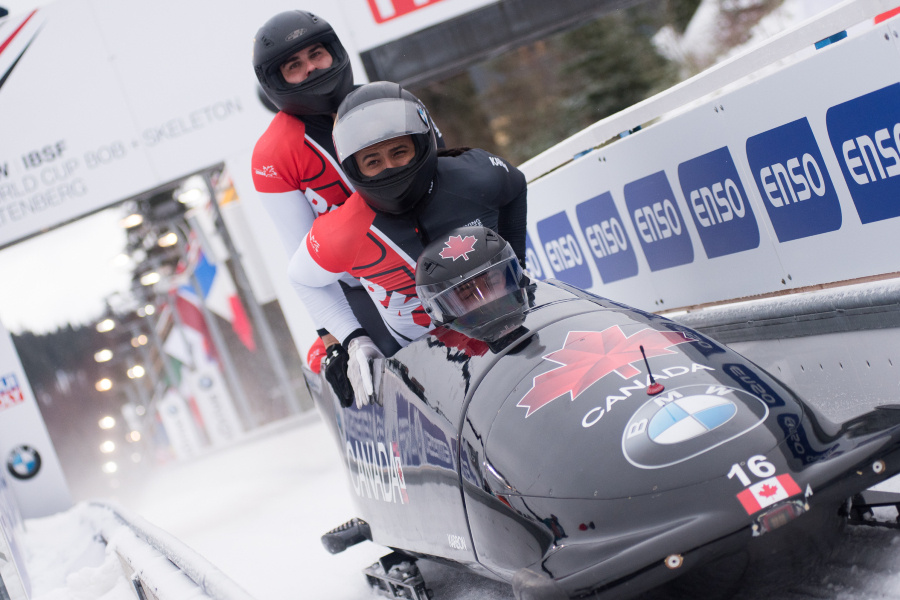 After more than a year spent away from the bobsleigh ramps, William Auclair is officially back with the Canadian team. The athlete from Quebec confirmed his place at the end of the races of the national selections which took place last weekend in Whistler.

“It’s a bit of a relief,” Auclair told Sportcom after receiving the confirmation email from Bobsleigh Canada Skeleton.

It must be said that the bet was daring for the 27-year-old bobsledder who had decided to put an end to his athletic career in 2019 for personal reasons. And this, even if he had just obtained the best result of his career in 4-man bobsleigh with a seventh place at the Whistler World Championships.

“There were a lot of things to take into account at the time. I found it difficult to be gone so often and financially, it’s never easy, he confessed. I didn’t think I would come back, so much so that I had sold almost all of my equipment. I only had a pair of crampons and a helmet left! “

Motivated by the desire to follow through on his dreams, the engineer by training reversed his decision last July and resumed training with the firm intention of returning to the ranks of the Canadian team.

Four months later, we have to admit that his decision is “paying off”, even if he does not derive any real financial benefit from it. “We don’t do this for the fame or the money. We do this for fun and for the love of sport, ”said Auclair, who says he has a very different approach to this new start.

“I didn’t want to lose this opportunity to exploit my talent and I completely changed my mindset. In the past, I created expectations for myself and that put a lot of pressure on my shoulders. Now I want to enjoy the process, without putting this unnecessary pressure on myself. “

At the end of the day, I’m really happy with my decision.

A sign that he is not doing things by halves, Auclair will move to Victoria at the end of the season, which will bring him much closer to the various bobsleigh training centers. But more importantly, he will join his friend Aurélie Dubé-Lavoie, a 1,500m specialist who is continuing her training to obtain her ticket in athletics for the Tokyo Olympics.

Of course, William Auclair is happy to have managed to get his selection, but he does not take anything for granted. For him, the real work began this week in Calgary, where all members of the Canadian team are gathered to continue preparations for the World Cups in January.

In addition to individual training and numerous physical tests, the former color bearer of the Rouge et Or athletics team at Laval University will have the opportunity to practice on the track with the crew. driver Taylor Austin, with whom he took third place in the national four-man squad a few days ago.

“Unfortunately, we didn’t have the pushes we hoped for in the official races. On the other hand, we managed to beat Christopher Spring’s team (Canada 2) a few times in training. It’s encouraging, ”he said about the quartet, which also relies on the services of Anthony Couturier-Lagacé.

Barring any major changes, Canada plans to send two four-man bobsleigh teams to the World Cup circuit. If the Canada 1 formation seems unwavering with Justin Kripps at the helm, Auclair ensures that everything remains to be played for Canada 2.

“There is still a lot of time and a lot of testing to do! Everything has yet to be proven for me. Not just at the selection races, but throughout the season. The pilots have confidence in me and I will have to use my experience to my advantage, ”he concluded.

The Canadian bobsleigh and skeleton team, which also includes Quebecer Catherine Medeiros, will be training in Calgary until mid-December, after which its 33 members will enjoy the holiday break. Athletes selected for the World Cups will then head to Winterberg, Germany, for a competition scheduled for January 8-10.

Share
Previous Do you know the little things that increase your electricity costs?
Next In the kitchen with Danièle Henkel: intuition in the kitchen