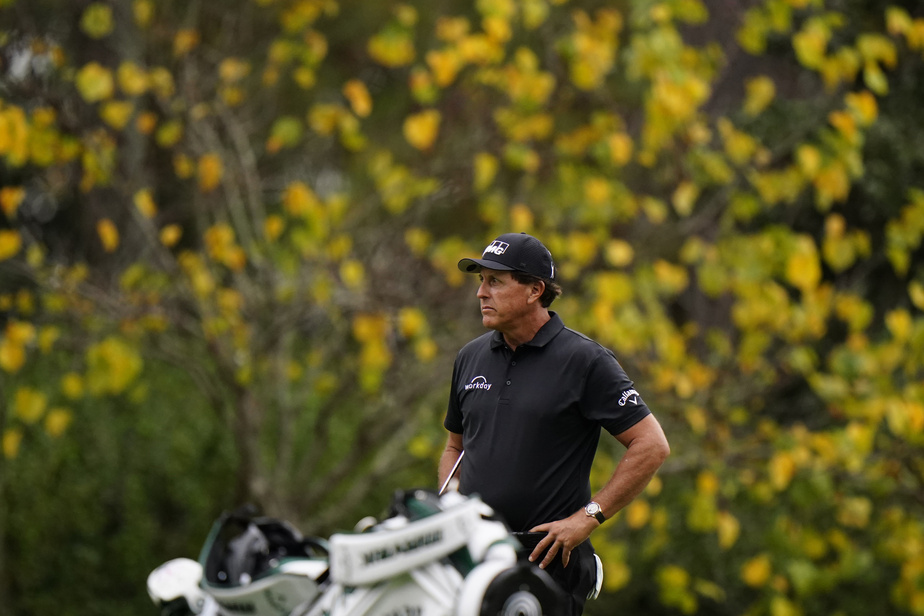 Masters Tournament | When Augusta adapts to the pandemic

Forget the azaleas in bloom, the spring heat, the cries of thousands of spectators every time a beautiful shot is successful. The Masters Tournament is different this year. Very different.

Usually played in mid-April, the tournament could not take place due to the COVID-19 pandemic and the leaders of the Augusta National club, in Georgia, quickly decided to hold it at the very end of the season, in conditions to which players are obviously not used.

First planned with a small crowd, the tournament is finally played without the famous “bosses” who contribute a lot to its tradition. The absence of the spectators will give a whole new tone to the Masters Tournament, particularly in the final round, when the clamors which resound everywhere on the course usually make it possible to follow the evolution of the competition.

Another important difference will be the requirement to complete each round earlier, as night falls earlier in the fall. The first two rounds will also be contested as in other tournaments, with trios of golfers starting simultaneously from the first and from the 10e tee boxes.

In addition, the cooler temperature and more precipitation will lengthen an already demanding course to more than 7,475 yards.

Even if the organizers have decided to cancel certain activities during the week of the tournament, the family competition on the par 3 course in particular, the main traditions of the Masters Tournament have been preserved and the winner will put on his green jacket on Sunday.

Tiger Woods, who defends the title he brilliantly won 20 months ago, hosted the Champions Banquet on Tuesday night, with a menu of shrimp, steak, tacos and churros, which were served on an oversized table, physical distancing requires.

Woods is one of those who played Augusta often in the fall. “It’s very different,” he said this week at a press briefing. The ball goes less far and it will be difficult for many, starting with myself. I don’t hit as far as the youngsters!

“But I’m happy to be here and I know all the other players are too. We are lucky to be able to play this tournament at this difficult time. ”

The new generation of champions – led by Bryson DeChambeau, Dustin Johnson or Brooks Koepka – hardly worries about the length of the course, but fears the other pitfalls of the Augusta National club.

“No other tournament compares to this one,” Koepka said in a press briefing. The site is magical and the route is always optimally prepared. And they have the means to adapt to all conditions and preserve all the difficulties of each hole. “

From one day to the next, they can completely change the length of the holes, the position of the flags, the speed of the greens… And it will be difficult on Sunday.

If the fairways are slower, the greens are likely to be as quick as they were in the spring, as we saw this week during practice rounds.

DeChambeau, who has put on 40 pounds of muscle this spring in order to hit farther, said, “Augusta is not a course to be taken lightly. It’s around the greens that everything is played here and that’s where I will have to do well. ”

Justin Thomas for his part recalled: “The ball will react differently in some situations, but it will be the same for everyone. And in the end, it’s still the Masters Tournament, with all that that means. ”

Most of the players especially regret the absence of spectators. Jordan Spieth, who has been very popular at Augusta since his victory in 2015, stressed: “We are now used to playing in these conditions, but it will be particularly strange here. The Masters Tournament will not be the same in such silence. ”

Thomas added: “It will be strange not to hear the spectators, but also not to see them. The crowd helps define the contours of certain holes and their energy is truly extraordinary. I am one of those who like to interact with the spectators and I will miss them. ”

As has become the norm, and unless you are one of the 300 club members (who can each invite one person), you must therefore follow the Masters Tournament from a distance. But the absence of spectators does not mean that the course will be deserted.

In addition to volunteers and security guards, the CBS and ESPN networks, which broadcast the tournament on television and on their digital platforms, sent teams of several hundred people. About a hundred cameras are installed on the site so as not to miss any of the action. In Quebec, RDS and TSN provide broadcasting.

Share
Previous To rule or to please?
Next Two actors of The Good Doctor suffering from COVID-19