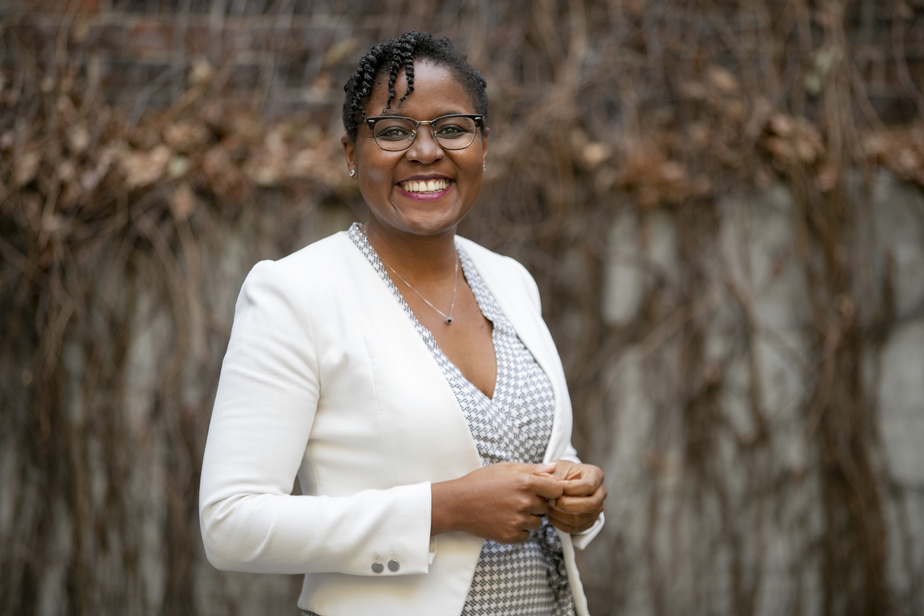 Nothing predestined Suzanne Taffot for lyric singing. But the “call” was stronger than anything for this Cameroonian of origin.

She could have been a linguist, she became a lawyer. She was born in Cameroon, but studied in France, before settling in Montreal.

Nothing, absolutely nothing, predestined her to become a lyric singer.

Suzanne Taffot followed her star, until establishing herself as one of the most promising voices in Quebec.

“I really got the call. It seems kitsch to say that, but there is no other explanation, ”explains the 36-year-old soprano, who can be heard until Friday in the performance of the Requiem by Gabriel Fauré by the Orchester métropolitain (OM), conducted by Yannick Nézet-Séguin.

From knitting to oratorio

Yes, Suzanne Taffot comes from far away. Literally as well as figuratively.

His Cameroonian childhood was not particularly inundated with classical music. Her mother, a craftswoman, fed the family by selling her knitwear at the Bafoussam market, in the west of the country. Suzanne helped and accompanied him. Becoming a singer was not really an option.

It was at university, in her early twenties, that she discovered her true passion. The young woman – who ultimately chose the law – joins the establishment’s choir and sails from revelation to revelation.

It is also the first time that she discovers the magic of voices, of songs in harmony, which will show her the way for years to come.

Moved to France to continue her studies, she continued her musical quest, in parallel with her bar. Liturgical music, with its choirs, transports her. We notice her, she wins competitions.

Then she moved to Quebec with her husband, where, in addition to her two master’s degrees in law, she began and finished a master’s degree in classical singing, under the direction of Adrienne Savoie and Louise Andrée Baril.

Versatile, she has been leading two careers at the same time. By day, she is an immigration and refugee lawyer. In the evening, she sings and multiplies the tours in France, Slovakia, China …

Which brings us back to Requiem de Fauré, which the OM says it presents in tribute to the thousands of deaths from COVID-19, a choice that Suzanne Taffot finds particularly “enlightened”, given the context.

“It’s a piece that wants to be very luminous, ethereal, which has nothing to do with the very heavy orchestrations of other requiems, like that of Verdi, where there are a lot of choirs and instruments”, explains the one who will sing alongside baritone Philippe Sly.

She believes that this “calming” side can serve as a balm during the health “storm” we are going through. Because, even if it is a mass for the dead, the work of Gabriel Fauré, created in 1888, has the “purity” it takes to serve as a “counterweight” to darkness and anxiety. who can win us over.

“It’s music that brings hope”, sums up the soprano, who herself lost two acquaintances due to the coronavirus.

No room for error

OM’s contribution to current affairs does not stop there. In addition to the Requiem, the whole resumes The Chariot Jubilee, a work by Canadian-African-American Robert Nathaniel Dett (1882-1943), echoing the Black Lives Matter movement.

Dett is not very well known outside of the inner circles, and the singer admits that she did not know this composer born in Drummondville… in Ontario (now Niagara Falls). But she dares to believe that initiatives like this one will one day resolve the problem of the representativeness of blacks in classical music, a traditionally white milieu.

“There are so few of us that we have no room for mistakes. Implicitly, we carry a load. It’s very demanding, ”says Suzanne Taffot, stressing the importance of education, and its corollary, equity.

We guess she would have more to say on the subject. But between Fauré, Dett and Yannick Nézet-Séguin, the threads of the interview end up mingling.

COVID-19 requires, the OM concert is broadcast on the internet, like many other shows at present. A virtual communion, which comes with its share of challenges, admits the soprano, who says she needed “a lot of imagination” to deliver her performance without the eyes of the audience.

But with or without an audience, the Requiem de Fauré remains a splendid work, let it be said.

Share
Previous Carabins: reunion with the team that changed everything
Next The inauguration of the new Moroccan center in Toronto will wait until 2021