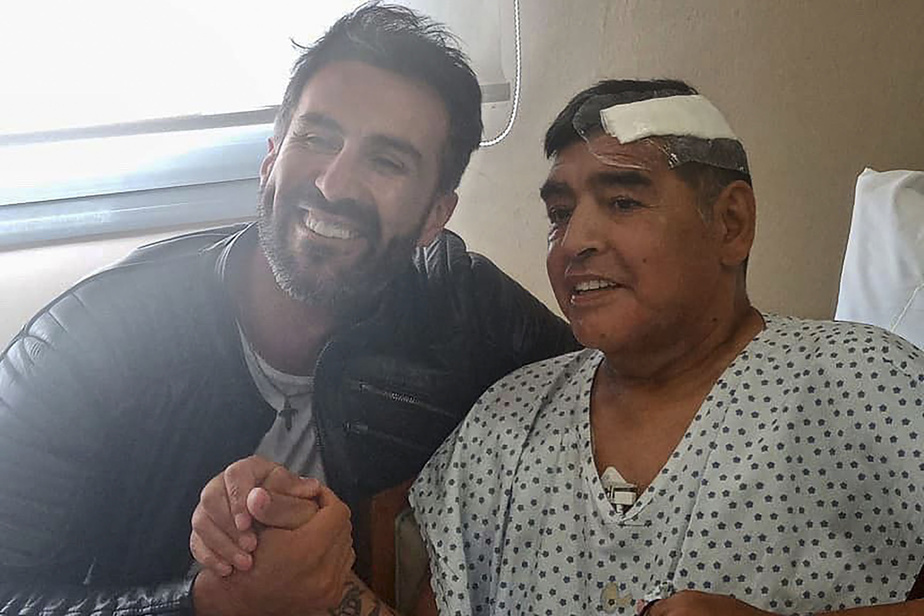 (Olivos, Argentina) Argentinian soccer legend Diego Maradona was allowed to leave the hospital in Olivos, in the northern suburbs of Buenos Aires, where he was admitted eight days ago for surgery on Wednesday. head, announced his personal physician.

“Maradona is allowed out,” Dr Leopoldo Luque leaving the hospital. “It will be released soon,” he added.

Shortly before, he had posted on his Instagram account a photo showing him hugging his famous patient whose head was covered with a bandage.

Diego Maradona, 60, will continue his convalescence in a house, probably in Tigre, 30 km north of Buenos Aires, in a condominium near the home of his daughter Giannina.

In the morning, his lawyer, Matias Morla, said his client was “going through perhaps the most difficult time of his life”. “It is a miracle that the hematoma on the head has been detected,” he added.

The 1986 world champion was hospitalized with anemia and dehydration on November 2 in La Plata, a city 60 km from Buenos Aires and where he coaches the local club.

A CT scan then revealed the presence of a subdural hematoma, a pocket of blood formed under the skull, which led to his transfer to a private clinic in Olivos where he was successfully operated on the next day.

However, during the post-operative period, he experienced difficulties related to an abstinence syndrome, linked to his consumption of alcohol and sleeping pills, according to his doctor.

Diego Maradona’s life has been punctuated by many health problems, some of which are linked to excesses of all kinds which have sometimes made him flirt with death.

Bahrain GP: Hamilton in front, Stroll in the middle of the peloton