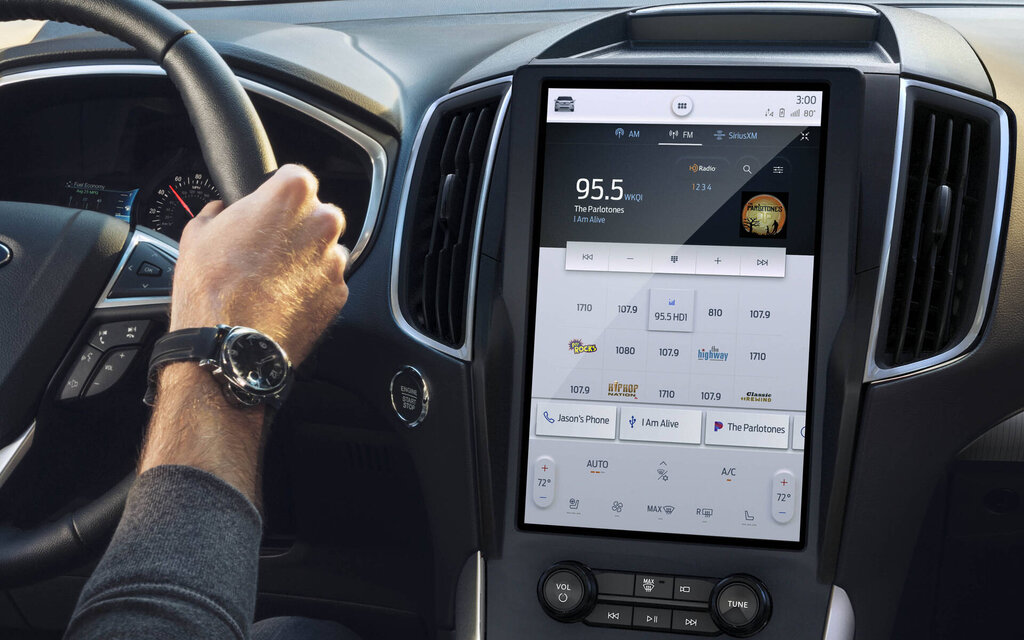 SUV and tech enthusiasts, take note: the Ford Edge becomes the second vehicle to be equipped with the new SYNC 4A infotainment system, after the Mustang Mach-E.

For 2021, Ford’s mid-size two-row SUV is indeed getting a good update. As standard, the system in question will appear on a new 12-inch touchscreen, the largest in its class. This one is laid out vertically and is much better integrated into the dashboard than in the electric crossover – it does not look like a simple electronic tablet stuck at the last minute.

The screen allows several simultaneous tasks thanks to the division of the windows. For example, if you want to continue to see your route on the map while changing songs, you can choose to display the radio or other streaming music service in the small area of ​​the display.

Innovation continues with a digital owner’s manual. In other words, no more big book in the glove compartment. What does not change, however, is the Ford Co-Pilot360 series of driver aids in all versions. This includes enhanced active parking, steering assistance during evasive maneuvers, intelligent adaptive cruise control with automatic braking and lane keeping functions, and the 180-degree front camera.

Under the hood, it’s the same engines, starting with a turbocharged 2.0-liter four-cylinder developing 250 horsepower. The alternative is a 2.7-liter twin-turbo V6 that delivers 335 horsepower exclusively in the Edge ST model – the most powerful SUV under $ 50,000.