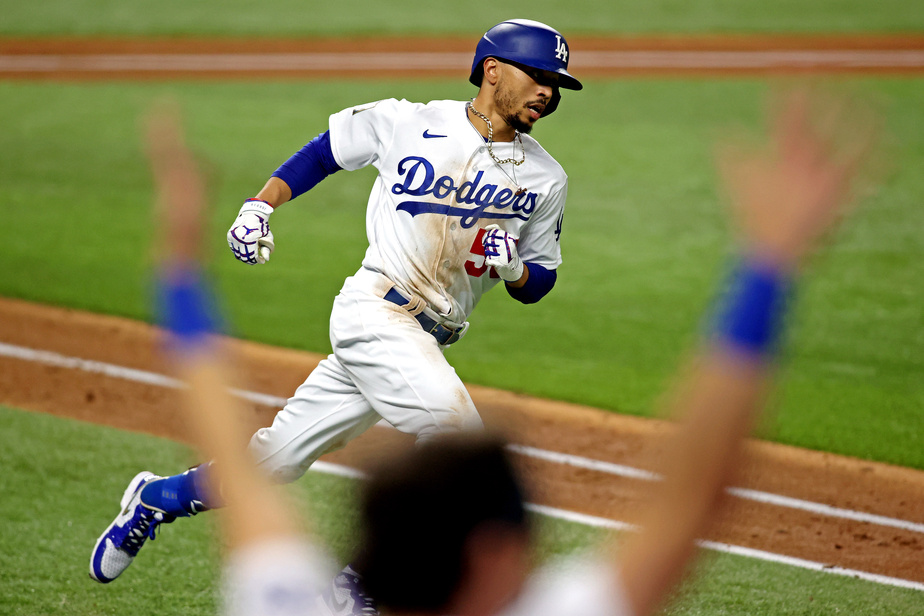 (Arlington) After eight straight section titles, the Los Angeles Dodgers have finally won the championship they dreamed of.

Mookie Betts scored the winning run in the sixth inning, then added an insurance run with a solo homerun in the eighth and the Dodgers defeated the Tampa Bay Rays 3-1 on Tuesday to win their first Series championship. worldwide since 1988.

The Dodgers, entering the Fall Classic for the third time in four seasons, won the series 4-2. This is their seventh World Series title.

After being handcuffed by Blake Snell for five innings, the Dodgers turned things around in the sixth when Rays manager Kevin Cash replaced his starter at the mound with reliever Nick Anderson.

Meanwhile, seven Dodgers pitchers limited the Rays hitters to five hits. Julio Urias caused the last seven strikeouts and ended the game by striking Willy Adames out. It was the 16e strikeout by the Dodgers pitchers in the game.

The Dodgers celebrated in the heart of the infield at Globe Life Park, home of the Texas Rangers. The World Series was presented in a neutral location due to the coronavirus pandemic.

This did not change the happiness of the Dodgers members. Several of them had experienced the disappointment of World Series failures in 2017, against the Houston Astros, and in 2018, against the Boston Red Sox.

This time around, they dominated the shortened season with a 43-17 record, then defeated the American League’s top team in the grand final.

Randy Arozarena gave the Rays the lead with a solo homerun against opener Tony Gonsolin in the first inning.

The Rays, however, lacked opportunism early in the game. After the Arozareno circuit, they left two runners on the trails in first and two more in second.

Meanwhile, Snell was nearly perfect after five innings, having only given Chris Taylor a single in the third.

Cash, however, took the ball out of his hands after he conceded a single to Austin Barnes following a sixth out. Betts greeted Anderson with a double down the line to left field.

The Dodgers went on to score two runs without taking the ball out of infield, thanks to a poor pitch from Anderson and a ground from Corey Seager. Betts easily edged out Ji-Man Choi’s first baseman relay on the play.

Justin Turner followed with a long ball in left field, but Arozarena caught the ball at the warning lane. Cash quickly replaced Anderson at the mound with Aaron Loup, who dampened the Dodgers’ momentum by knocking out Max Muncy on a grounding to second base.

Snell had limited the Dodgers hitters to two hits in five and a third innings. He had made nine strikeouts and made just 73 shots. He was eventually debited by a point.

Snell hasn’t completed the sixth round of a start since July 21, 2019.

We will never know what turn the meeting would have taken if he had stayed in the game, but that does not matter to the Dodgers.

Share
Previous Please note, your loyalty card points are not RRSPs!
Next Before you become the big boss, you must have worked on the floor

Can Bettman and Fehr talk to each other?