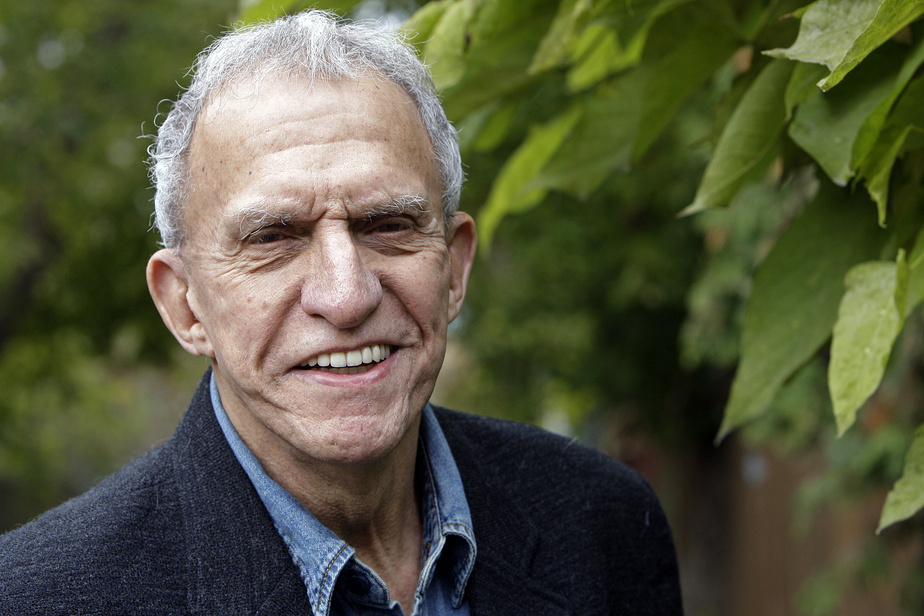 (Montreal) An actor with an imposing physique and very sensitive skin, Jacques Godin died on Monday at the age of 90. The actor died of heart failure at the Verdun Hospital. He left us surrounded by his partner, journalist Brigitte Bougie, and his relatives. Back on the huge career of an actor with immense talent and a very discreet man.

For six decades, Jacques Godin gave life to hundreds of characters in theater, television and cinema. He has starred in several Quebec series, including The beautiful stories of the pays d’en haut, Septième Nord, The forges of Saint-Maurice, until the soap operas Montreal PQ, Under the sign of the lion and more recently All the truth.

However, for many, it is his performance as Lennie in Of mice and Men, in 1971, which marked the memories. Indeed, Jacques Godin was deeply moving in the skin of this strong and naive man, with a mental age of 5 years, alongside Hubert Loiselle and Luce Guilbeault, in this unforgettable teletheatre directed by Paul Blouin.

“He was a giant on the stage and a very rigorous playing partner. And also a hard worker, a force of nature ”, underlines Monique Miller. A very fit man who has trained his entire life. “He did weight training for one to two hours a day, and until the end of his life,” said the actress who spoke to him on September 14, the actor’s 90th birthday.

Monique Miller has played her lover twice on the small screen: in Seventh North, then 30 years later in Montreal PQ They also formed a couple in life in the mid-1960s. “Jacques was very low-key off the stage,” says Ms. Miller. He was not a big talker, except for a cause close to his heart: the protection of animals. “

Monique Miller would like Radio-Canada to broadcast a repeat Seventh North, a Guy Dufresne drama that hasn’t aged a bit according to her. “We go over so much nonsense, I think today’s audience would appreciate it. According to Ms. Miller, the television production of the drama Of mice and Men, remains unmatched up to date. “It’s one of the great moments in television history,” she says. And this, in large part thanks to the touching, unforgettable interpretation of Jacques Godin. “

An opinion that Michel Tremblay fully shares. “Jacques Godin had a very imposing physique, a dominant male side, but his playing was always very sensitive. He could make us see the human being through his interpretation of all his characters, even the bad guys… ”

The author of Sisters-in-law has also thought of Jacques Godin and Denise Filiatrault when he wrote, last June, a short 30-minute play on the elderly during the current pandemic. “In the middle of the first wave of COVID-19, we talked a lot about the fate of seniors in CHSLDs, without giving them a voice. So I wrote a text about an old couple, together for 70 years, who are separated because of the virus. The woman will finally be able to visit her husband, following strict sanitary guidelines.

Michel Tremblay adds that Jacques Godin created his piece Three little turns on television, exactly 50 years ago, alongside Denise Filitarault. “So I wanted to give them this little piece as a gift. After confinement, it would have been extraordinary to be able to bring them together on a stage… ”

In the theater, Jacques Godin has performed in some sixty plays, both classics and Quebec creations. The fair and intense actor shared the stage with Denise Filiatrault, in 1975, in The Sea Horse. Fifteen years later, he received an award for best actor in criticism for his performance in The burden of the epormyable moose, by Claude Gauvreau; a production directed by André Brassard at Quat’Sous. He won a Gemini Prize for the televised version of Gauvreau’s play. André Brassard also directed him in the creation ofPresent imperative, by Michel Tremblay, where he played Robert Lalonde’s father in this piece which echoes a previous opus by Tremblay, The Real World?

In the cinema, in 1991, he played with Roy Dupuis in Jean Beaudin’s film taken from the cult play by René-Daniel Dubois, Being at home with Claude. He is also remembered in Intimate power by Yves Simoneau, and Hi Victor! by Anne-Claie Poirier.

The Goodwin Agency, which represented the artist, specifies that the date of the funeral will be announced later.

Share
Previous Chris Tierney agrees with Senators for $ 7 million over two years
Next Public transport: increase in the service offer of 60% in 10 years

The Moodys in Montreal