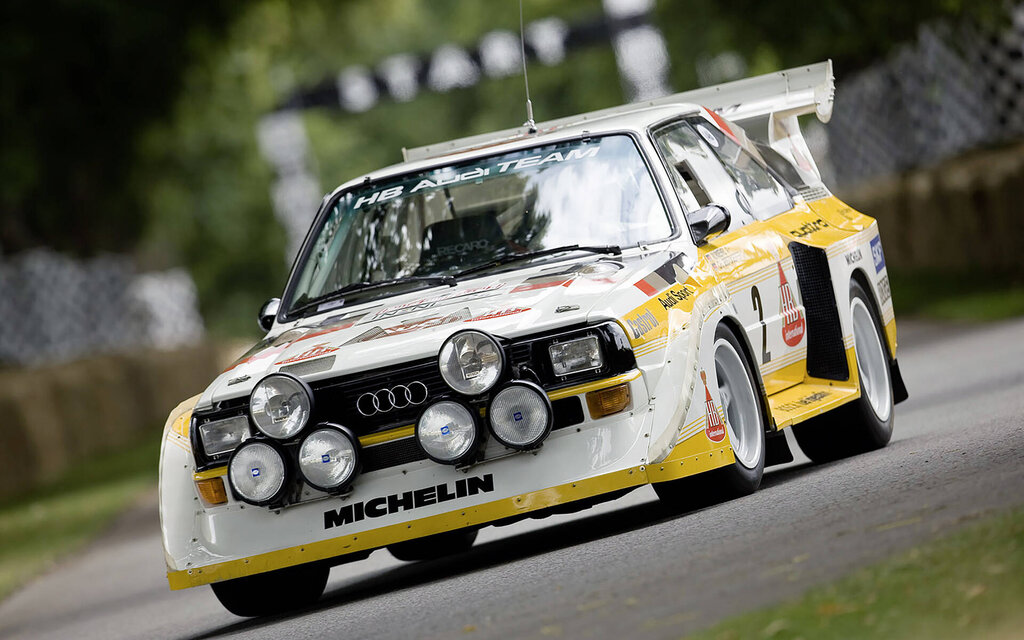 The word quattro has become almost synonymous with Audi since the German automaker introduced the famous all-wheel drive Ur-quattro at the Geneva Motor Show in March 1980.

The year 2020 therefore marks the fortieth anniversary of this cog which has made the reputation of the brand, and which has been adapted to serve not only production models, but also racing cars which have won several major championships in rallies, as well as events contested on road circuits all over the world.

Today, the quattro all-wheel drive takes several forms depending on the type of vehicle on which it is mounted, and depending on the engine, thermal or electric, chosen by the manufacturer. Since its inception in 1980, Audi has produced nearly 11 million vehicles with quattro gear.

Dominance in rallies and road circuits

Among the quattro all-wheel-drive racing cars that have marked Audi’s history are those that dominated the World Rally Championship in the early 1980s in the hands of drivers Hannu Mikkola and Stig Blomqvist, with four titles. global.

In 1987, Walter Röhrl claimed victory at Pikes Peak, Colorado driving the short-wheelbase S1 bomb. As early as 1988, Audi focused on road circuit events, and won the Trans-Am Series honors in the United States in its first year at the championship in 1988. During the 1990s and 1991, Audi entered its V8 quattro in the DTM Touring Car Championship in Germany to claim back-to-back titles. In 1996, the A4 quattro Supertouring entered seven championships which it all won. Two years later, European motorsport federations banned all-wheel-drive racing cars almost completely from road circuit events.

Three victories at the 24 Hours of Le Mans

In 2012, the quattro drivetrain made a comeback in endurance racing in a new form with the hybrid-powered R18 e-tron quattro composed of a V6 turbodiesel driving the rear wheels while the front wheels were linked to two electric motors deploying the energy captured during braking by a flywheel and an accumulator. The R18 e-tron quattro has won three times at the 24 Hours of Le Mans and two World Championships in endurance racing.

Over the years, the quattro cog has undergone constant technical development. Today, the quattro ultra system allows you to count on constant-mesh traction that can be decoupled when all-wheel drive is not absolutely necessary. First introduced on the A4 Allroad in 2016, the quattro ultra cog was used on other models thereafter.

The great strength of the quattro ultra all-wheel drive is that it doesn’t just disconnect the rear axle when all-wheel drive is not required. It does more by immobilizing the drive shaft and the bevel couples connected to the rear axle. As these components become immobile, there is no longer the accompanying friction effect and loss of energy efficiency. The car then rolls as if it were a simple pull.

When the system detects that all-wheel drive is required, it only takes two tenths of a second for the clutch to close and rotate the center driveshaft and the rear axle shaft to engage. send torque to the rear axle. The system relies on a whole series of sensors which measure the grip in real time and which take into account a series of parameters such as the depression of the accelerator, the turning of the steering wheel and lateral acceleration, among others.

What is remarkable is that the system can thus “anticipate” the need to engage all-wheel drive even before it becomes necessary, while demonstrating great responsiveness.

The transition to electric mobility at Audi means that the quattro cog now takes an electronic rather than a mechanical form on the e-tron quattro SUV and its Sportback variant, with the distribution of torque between the axles being handled by a control computer that reacts in 30 thousandths of a second, even faster than the all-wheel drive of an Audi with a combustion engine.

In addition, the S variant of these two electric SUVs has two electric motors at the rear, one for each wheel, which allows the vectorial distribution of torque to be used by means of the electronics to accelerate the outer rear wheel in turn, thus improving the dynamics.

The quattro all-wheel drive is therefore celebrating its fortieth anniversary this year, and will not cease to evolve technically in the years to come, at least according to its evolution to this day.

Share
Previous Virus: Europe facing the second wave gives a turn of the screw to “save Christmas”
Next [IMAGES] A first blanket of snow in Quebec