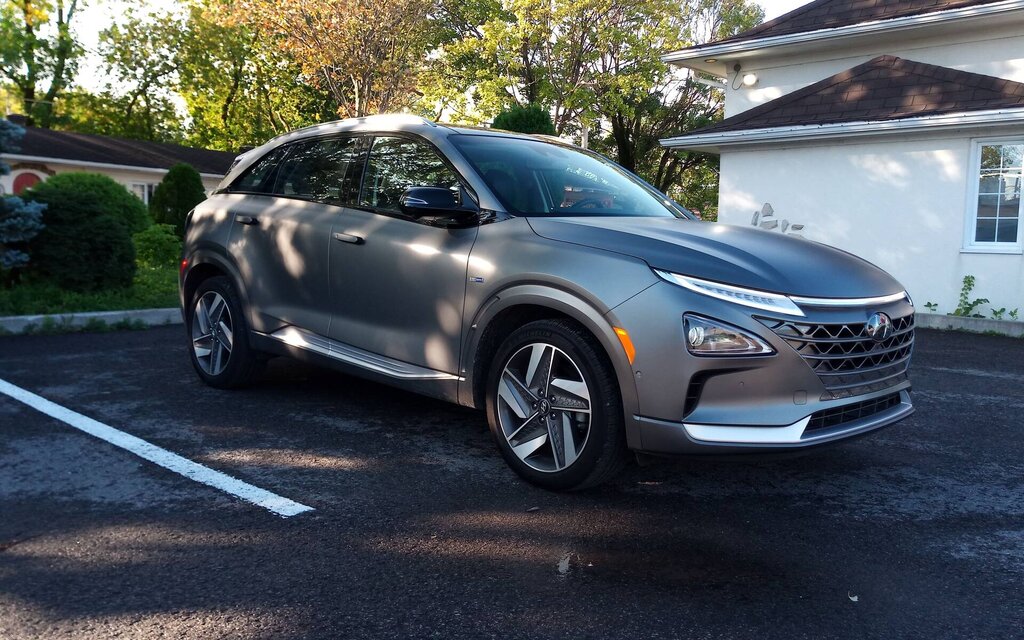 Does hydrogen really have a future in the automobile? Some manufacturers still think so. Hyundai, for example, wants to produce 500,000 fuel cell vehicles annually from 2030 – passenger cars, but above all heavy trucks for transporting goods over long distances.

The first generation of its hydrogen technology powered the Tucson FCEV which was offered for lease in some Canadian provinces and some US states in the middle of the last decade. The second is found in the Hyundai Nexo, which we had the chance to test recently.

“Chance” is the right word because, as you can see, this vehicle is pretty much non-existent on our roads. Let’s say the Nexo is to the automobile what the unicorn is to the animal kingdom: a whimsical creature that many people want to believe in, but which has no place in our world.

In fact, nine units were leased (purchase is not possible) in Canada in 2019 and four in the first half of 2020. No more. And it is thanks to the governments that dare to explore the avenue of fuel cells, the public not being ready to embark on such an adventure.

By the way, 70 units of the Toyota Mirai found buyers across the country last year (including 50 in the Quebec government), but only five in the first six months of 2020.

Our journalists Antoine Joubert and Germain Goyer discussed hydrogen at length during a recent broadcast of the Car guide sure QUB Radio with Daniel Breton, CEO of Electric Mobility Canada, and we strongly invite you to listen to the extract:

In this article, our goal is simply to give you the true picture and concrete figures for a vehicle like the Nexo in comparison with a gasoline or battery equivalent.

Our trial took place in the Quebec City region, where the first – and still the only – public hydrogen refueling station in the province was built, on Wilfrid-Hamel Boulevard (at a cost of $ 5.2 million , nothing less!). Ironically, even when we were there, the vehicle’s central display still read “No hydrogen stations found within range”. That says it all about the state of the infrastructure!

Nexo vs Tucson vs Kona Electric

The Hyundai Nexo is a compact SUV, but in a slightly different format from the current Tucson. The trunk of the first expands from 838 to 1,600 liters by folding the rear seat, while that of the second varies from 878 to 1,753 liters. The rest of the cabin is quite spacious.

Forget the four-wheel drive, however. Despite its status as a “utility vehicle”, the Nexo is content with a front-wheel drive, like the electric Kona. It unleashes 120 kilowatts (161 horsepower) and 291 pound-feet of torque, accelerating from 0 to 100 km / h in 9.2 seconds. It may seem interesting on paper, and in truth the driving is dynamic, however know that the small battery-powered Kona, lighter and more powerful (150 kilowatts or 201 horsepower with a torque equivalent to the Nexo), completes the same sprint in 7, 6 seconds and provides better sensations.

In terms of autonomy, the Nexo can officially cross 570 kilometers. After filling its tank to 98%, the computer gave us an estimate of 586 kilometers. That’s a lot more than the 415 kilometers of the electric Kona, especially in winter because it doesn’t have a big battery that loses capacity due to the cold. On the other hand, the more frugal Tucson can drive up to 680 kilometers on a full tank of gas.

Exactly, let’s talk about refueling. As with a conventional SUV, refueling the Hyundai Nexo only takes a few minutes (for the electric Kona, it is possible to recharge it to 80% of its battery in 55 minutes via a 100 kilowatt fast terminal). In our case, the 156-liter tank was 60% empty at the end of the week and it took four minutes. The process at the pump is fairly straightforward. The only flaw: the gun can remain frozen on the vehicle due to the pressurized hydrogen. It didn’t happen to us on this beautiful Monday in September, but imagine at -30 degrees in February!

Last point: the price of the vehicle. The Hyundai Nexo is available in Canada as a single, fully equipped version worth, hang on, $ 73,000. Yes, the amenities are plentiful and sophisticated, the interior finish is beautiful (apart from the elegant button pad on the console) and the ride comfort is worthy of luxury SUVs, but they still have nothing to envy. .

Add that the 2021 Tucson is almost three times cheaper (starting at $ 26,099) and the 2021 Kona Electric comes in at $ 31,999 once government incentives are applied. We quickly understand on board the Nexo that its complex technology is what dramatically inflates its cost.

All in all, the Nexo is a curious and entertaining bébelle with several attributes to please and make life pleasant, but it is not at all a viable solution for the general public in the current environment – and it probably never will be. given the increasingly rapid progress of battery-electric vehicles in terms of range and recharging.