The decline of French is even faster than expected in Montreal

In Montreal, the use of French is declining even more markedly than the latest forecasts from the OQLF, notes a demographer. A trend that Quebec and Ottawa can try to curb, but difficult to prevent, according to him.

At the request of the Office québécois de la langue française (OQLF), the demographer Marc Termote had achieved in 2011 a study of more than 200 pages offering forecasts on the evolution of the linguistic situation of the metropolis and the rest of the province.

Thus, the report indicated that the percentage of Francophones on the Island of Montreal could drop 6.6 percentage points between 2006 and 2031, to reach 47.4%. This situation is attributable in particular to the aging of the Francophone population as well as to international immigration, which has led to a considerable growth in the number of allophones in Montreal in recent years.

Francophones already in the minority

However, reality has finally outstripped its forecasts. Already, in 2016, 49.6% of residents of the Island of Montreal – so a little less than half – declared French as their mother tongue, according to the last Statistics Canada census. This is significantly lower than the provincial average which, although down, is almost 78%.

“It’s going much faster than I thought”, launches at Metro M. Termote, regarding the decline of French in Montreal. “We can see that I was too optimistic [en 2011]», Adds the associate professor in the demography department of the University of Montreal.

According to the expert, the most telling data concerns the percentage of people who primarily speak French at home, since this is where children learn their first words. However, according to Statistics Canada, only 53.7% of residents of the agglomeration of Montreal spoke primarily in French at home in 2016. Five years earlier, it was 54.4%.

This percentage continues to drop “very quickly”, says Mr. Termote. The new Statistics Canada census, scheduled for next year, could attest to this.

In his 2011 report, Marc Termote pointed out that immigrants are more likely to adopt French as their “language of use” outside Montreal than on the island, where they can opt for English without any problem. . Thus, the more the number of Francophones in Montreal decreases, the less allophone immigrants will tend to learn and use the language of Molière, he wrote.

“We are in a vicious circle”, raises the demographer today, who believes that “the tipping point” has already been reached in the metropolis.

“That is going to take time. French in Montreal will not disappear tomorrow in Montreal, but we are moving in that direction. ” -Marc Termote, associate professor in the demography department of the University of Montreal

In public space, in 2016, 58% of Montrealers mainly used French, compared to 88% province-wide, according to an OQLF report published last year.

“The island of Montreal is the place where workers use French the least at work, and the situation in the crown of Montreal also seems to be evolving in this direction,” underlined the document in question.

This document, of nearly 150 pages, also underlines that young people are the most likely to experience “indifference” when they are served in a language other than French.

“At work, almost a quarter of immigrants (24%), regardless of their mother tongue, use English instead,” the report also indicates.

“Slow down” the decline of French

Faced with this situation, the Legault government is currently working on an action plan to defend the French language. This could in particular include coercive measures aimed at ensuring that companies comply with Law 101. In September, the Minister responsible for the French language, Simon Jolin-Barrette, also announced the creation of 50 new positions and three new offices for the OQLF.

These measures will undoubtedly help to “slow down” the decline of French in Montreal, believes Marc Termote. To stop it completely, however, more drastic measures would be needed, he said. French, for example, could become the only official language of the province, as is the case in France. He doubts, however, that Quebeckers would approve such a measure, which would have significant consequences. All the universities of Montreal, in particular, would then be obliged to deliver their courses only in French.

The Liberal Party in turmoil

The Liberal Party of Canada found itself in turmoil in the last few days after Saint-Laurent MP Emmanuella Lambropoulos questioned the peril of French in Quebec last weekend at a meeting of the Standing Committee official languages. She has since apologized for her comments, in addition to announcing her desire to leave the committee in question.

Prime Minister Justin Trudeau, for his part, reiterated his party’s position on this subject, that French is indeed in danger in Quebec, as elsewhere in the country. For its part, the Bloc Québécois took advantage of this situation to assert its Bill C-223. This proposes to require a “sufficient” knowledge of the French language as a condition for obtaining permanent citizenship in Quebec.

“It’s not the knowledge of a language that counts, but the use one makes of it”, believes Mr. Termote, however. So, if immigrants learn French, but don’t use it at home or at work, the problem remains, he said. 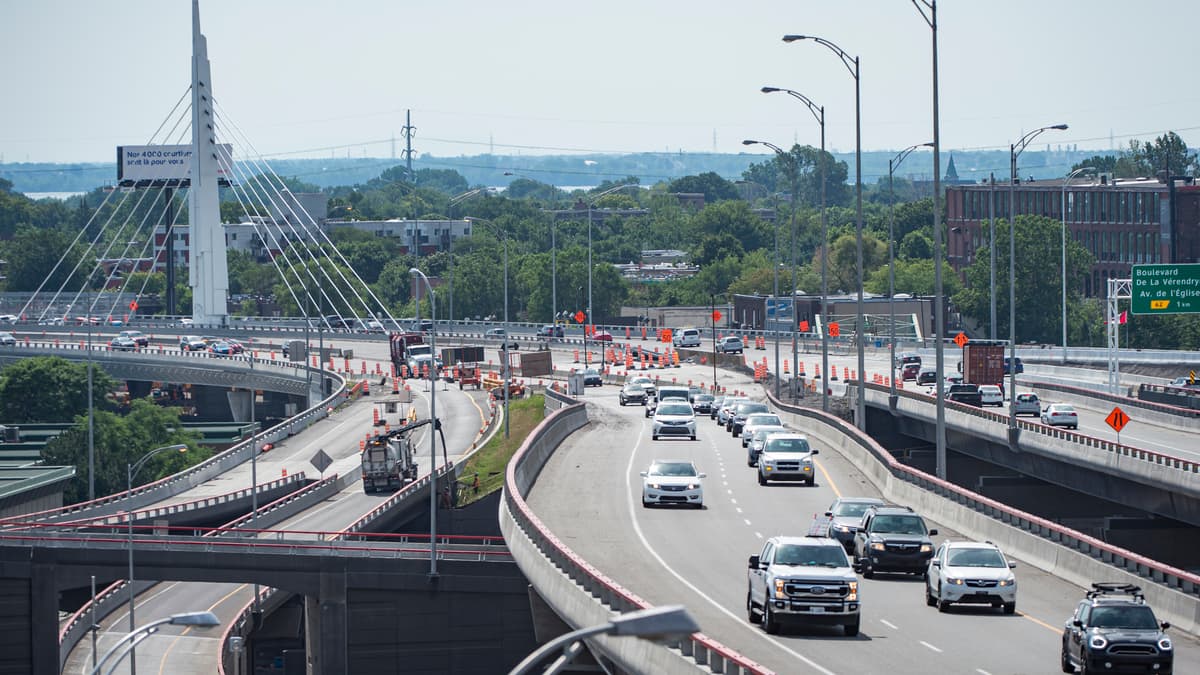 Car traffic will be disrupted this weekend in Montreal, due to obstacles in the usual …