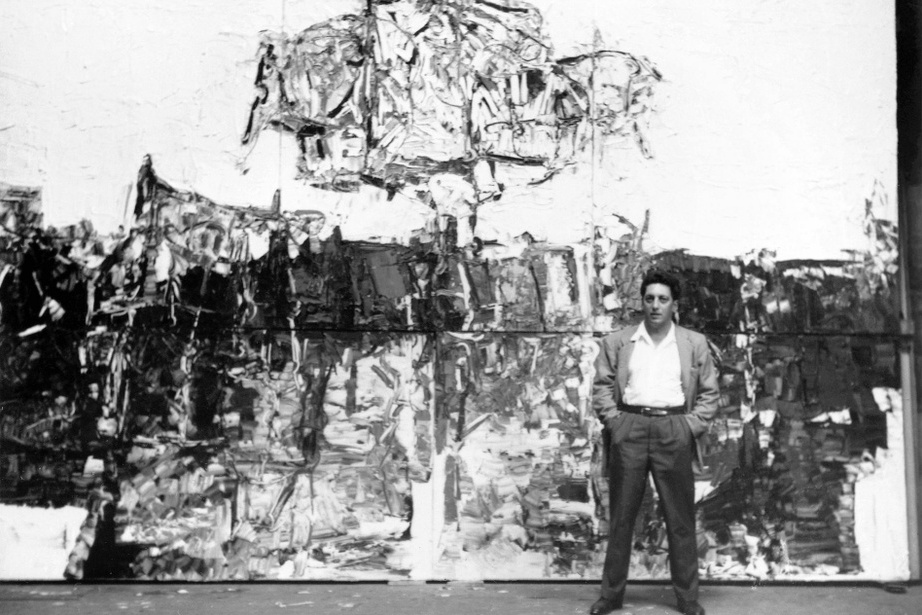 The MMFA rejects the construction of the Riopelle wing

The chairman of the board of directors of the Montreal Museum of Fine Arts (MMFA), Pierre Bourgie, and the museum’s new director general, Stéphane Aquin, have chosen not to go ahead with the creation of a wing Riopelle, breaking with the project set up last year by the former director of the museum, Nathalie Bondil, the Jean Paul Riopelle Foundation and the collector and patron of Vancouver Michael Audain, with the financial participation of the Ministry of Culture of Quebec.

The businessman Michael Audain told us that he learned the news by mail, then during a videoconference on Wednesday with Pierre Bourgie and Stéphane Aquin, appointed in October following the dismissal of Mr.me Bondil in July. 83-year-old Michael Audain shared his sadness with The Press.

“Mme Bondil and [l’ex-président du conseil d’administration] Michel de la Chenelière came to the Foundation to suggest that we work together on the construction of a Riopelle space above the Jean-Noël Desmarais pavilion, he says. We were therefore very disappointed to learn of the cancellation of this project, especially since the Government of Quebec had generously chosen to contribute 10 million. ”

At the Montreal Museum of Fine Arts, Pierre Bourgie refused, Friday, to confirm the cancellation of the 20 million project, because it has not yet been submitted to the board of directors. However, Press was able to take note of the letter signed by Stéphane Aquin and sent on October 30 to Michael Audain, which specifies that the Museum cannot go ahead with this project, while hoping to continue to collaborate with Michael Audain.

Stéphane Aquin told Press, Friday, that the Museum’s decision was not linked to the fact that it was a Nathalie Bondil project. “We don’t have the money right now and we are in deficit because of the shortfall and what the Museum is going through with COVID,” he said. I understand the disappointment, but the reality is there. We have a financial challenge. Construction costs have increased by 40%. And then, the Museum has to be able to bear the maintenance costs. ”

Passionate about Riopelle and Automatistes since the age of 16 and in love with Quebec, Michael Audain originally wanted to build an exceptional place to exhibit his 36 works by the great Quebec master. As he did in Whistler, where he built the magnificent Audain Art Museum, opened in 2016, for the Canadian artists in his collection, including paintings by EJ Hughes.

If I respect Riopelle so much, it’s because he was a great artist in the 1950s and then continued to take new creative paths. There is no other Canadian artist who was as important as him in the XXe century.

But in the fall of 2019, Nathalie Bondil had convinced him that the Montreal Museum of Fine Arts could welcome his works with pomp in a new wing of the institution. The Museum had the preliminary architectural plans for the Riopelle wing carried out by the architectural firm Patkau, in collaboration with the firm Provencher_Roy, thanks to a financial contribution of $ 200,000 from the Foundation.

The wing was to be built above the Desmarais pavilion. It was to be a raised floor in glass, the transparency giving access to an impressive view of Mount Royal, in homage to Riopelle, the automatist painter of nature. A nod also to the Riopelle retrospective which marked the inauguration, in 1991, of the Jean-Noël Desmarais pavilion.

Work was due to start in 2021 for an inauguration at the end of 2023, the year of the 100e birthday of Riopelle and the 75e anniversary of the publication of the manifesto Global refusal. The wing was to accommodate the Riopelles from the Audain collection, part of the 400 held by the MMFA and those from the collections of businessmen Pierre Lassonde and André Desmarais. The three collectors also offered 10 million to build the wing.

Created on the initiative of Michael Audain and co-founded with André Desmarais, Serge Joyal, John R. Porter, Pierre Lassonde and Yseult Riopelle, daughter of the painter, the Jean Paul Riopelle Foundation is blamed.

“We took note with disappointment of the institution’s decision not to continue the project under study for a year,” reveals Manon Gauthier, Executive Director of the Jean Paul Riopelle Foundation. Faced with the uncertainty that hovered around the realization of the project in the wake of the events that shook the museum last summer, we resumed in July our search for alternative places, ready for any eventuality. We are also very grateful for the interest and invaluable collaboration of the Government of Quebec to date in support of the project. ”

Michael Audain says “understands that the MMFA has its own priorities and its own challenges that it must face”, but he adds that the Riopelle Foundation project will go forward in another place.

He rejected the Museum’s proposal to host his works and make them a “permanent exhibition” without building the 10,000 sq. Ft. Space.2 where they were to be displayed.

“In the coming months, we will be looking for an appropriate place to ensure that the work of Jean Paul Riopelle is adequately brought to the attention of a large public here and abroad,” says Michael Audain. I maintain great respect for Quebec and for the Automatistes, who all deserve to be honored in this way so that Quebeckers and Canadians realize the importance of the artistic and social legacy of this group of artists. ”

Future of the project

What avenues are now open to the Riopelle Foundation? One of the options on the table is to occupy the former Saint-Sulpice library on rue Saint-Denis, a building that has long sought a vocation. The advantage would be that Quebec could restore it and take advantage of the fact that the place will become a permanent cultural center, says Pierre Lassonde.

The Foundation could also build – in Montreal, since Riopelle was born there – an architectural setting of the same quality as the Audain Art Museum. Very likely option given the taste for contemporary architecture of Michael Audain and Pierre Lassonde. With the mission of promoting Quebec art, the Musée national des beaux-arts du Québec (MNBAQ) in Quebec City could be part of the latter option.

“On the model of what the MNBAQ did with the house of Alfred Pellan, the idea would be that the building be in Montreal, but that the MNBAQ be the parent institution,” says Pierre Lassonde. It would be interesting since I promised to leave a large part of my collection at the MNBAQ, including a number of Riopelles from the 1950s. ”

At the Ministry of Culture, press officer Louis-Julien Dufresne told Press that, regardless of the location that will host Riopelle’s lyrical abstractions, the government will help bring the project to fruition.

On Wednesday, the MMFA will present the details of a new exhibit to the media via video conference: Riopelle – Meeting northern territories and native cultures. Had it not been for the pandemic and the cancellation of the Riopelle wing, Michael Audain would have had to attend the exhibition’s media conference which was to coincide with the launch of the Riopelle space project.

The Audain Foundation is in fact a sponsor of this exhibition which will be presented at the Sherbrooke Street Museum when it can reopen, possibly in January. She will then go to the Audain Art Museum, then to the Glenbow, in Calgary. “The idea for this exhibition originally came from the brilliant curator and curator Nathalie Bondil, who wanted to present Riopelle’s work from a new angle,” says Michael Audain.

Contacted, Nathalie Bondil did not wish to comment on the decision of the Montreal Museum of Fine Arts to cancel the construction of the Riopelle wing.