The Impact gave it their all

The Impact lost in the worst possible way on Friday night, allowing a goal in the dying seconds of a game in which it fought with all its might.

After the meeting, Thierry Henry said he had nothing to say about the envy displayed by his men and he was right.

Her team fought the best they could over 90 minutes, never giving up in the face of adversity and coming back from behind in the scoring to come close to causing overtime.

But in the end, it was the talent that triumphed, as is usually the case in the world of sports.

While the Impact was deprived of its only designated player, Victor Wanyama, the Revolution could count on its three exceptional players.

And it is precisely they who changed the situation since Carles Gil scored the first goal and Gustavo Bou took care of the second, in addition to providing the decisive pass on the success of his teammate.

Thierry Henry let slip a little sentence that said a lot after the meeting.

“With the ammunition we had, it was not enough despite the desire we showed. “

Because we have to be honest, the Impact is a friendly and respectable team, but it lacks ammunition.

Certainly, the Bleu-blanc-noir finished in 5e rank in the East in goals scored (33), tied with Toronto and Chicago, but this team still spent the year looking like they were looking for their benchmarks in attack.

There are players who have the ability to push the ball into the net, but overall there is a lack of binder.

This team enjoyed many scoring chances which were unsuccessful, either for lack of opportunism or lack of creativity.

This is one of the biggest projects for sports director Olivier Renard this winter.

In addition to plugging defensive breaches, he will have to find an explosive player in the area to work together with Romell Quioto, in addition to finding an attacking midfielder who will inject a dose of creativity to his troops.

And Renard’s job is not going to be particularly easy since he will have to accomplish it in the context of a pandemic.

At the moment, it’s still unclear whether the team will be able to start the 2021 season at home or whether they’ll have to go into exile in the United States.

This is a variable that risks weighing heavily in the balance for all winter recruitments.

Renard will also have to decide with whom he wants to continue the adventure among the players whose contracts are about to expire. This is the case with Bojan, who would become designated player if the team exercised their option for 2021. Think about it.

For the rest, the team is not yet on vacation since it will resume its quarter-final of the Champions League against Olimpia on December 15.

This match, like all the rest of this competition, will be played in Orlando.

In the meantime, the team will have to stay in Montreal and prepare to play a meeting that it must win since the Honduran club had won the first match 2 to 1 at the Olympic Stadium on March 10. And, for the moment, everyone is in the dark about what to do next, so we are only assuming that the team will be training at Center Nutrilait since it is the logical thing to do.

But if the weather were to get involved, perhaps there will be difficult decisions to make, which would be a logical continuation of this year 2020.

Interesting matches in the West

Three first-round games are played in the Western Conference today and we have some interesting clashes.

In the first duel, the San Jose Earthquakes, who finished in 8e rank, visit Kansas City Sporting, back at the top of its association this year.

There are just nine points, or three wins, that separate Sporting for first place from Quakes in 8e. We cannot therefore give the victory to KC straight away.

But Sporting have a respectable offense and the Quakes have the worst defense in MLS by far. They have also allowed 33 goals away from home, giving KC a big advantage.

The second game of the day pits Minnesota United FC against the Colorado Rapids, teams ranked 4th and 5th, respectively.

Minnesota amassed 34 points compared to Colorado’s 28. But the prospect is arguably skewed as Colorado has played three games less due to a COVID outbreak that has forced games to be canceled.

Otherwise, despite a gap of three games played, the two teams have statistics that are very similar, which suggests that we should have a very close duel in Minnesota.

In the last clash, FC Dallas, 6e in the West, visit the Portland Timbers, who finished at 3e rank. If only five points separate the two teams in the standings, it seems like the most uneven clash of the day.

Portland has a hard-hitting offense, while Dallas’ has provided just over a goal per game.

Dallas has won a road game this season, which isn’t ideal when you get into the playoffs.

www.journaldequebec.com
Share
Previous Are we going to teach how to manage a pandemic?
Next The CAQ is leading Quebec towards austerity, according to Quebec solidaire 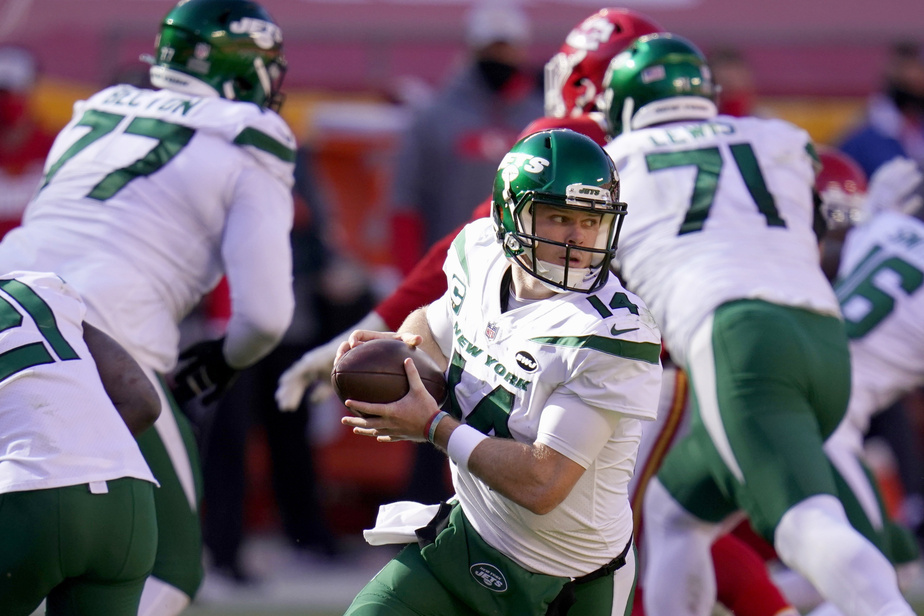 The New York Jets are beginning to see few opportunities to win one, and they …