Make a new team together

Teammates in the university ranks, receivers Marco Dubois and Étienne Moisan are once again within the Breton Tradition 1944 company, a leader in the Quebec agrifood industry, where they were hired in the human resources department.

• Read also: What are our Quebec players doing?

“I ate bacon for lunch like everyone else, but I had no knowledge of the pork industry,” says Dubois, who has a bachelor’s degree in industrial relations. I am a native of downtown Montreal and knew nothing about the pig. “

A replacement at the Académie Saint-Louis, a private secondary institution in Quebec City, before confinement, Dubois was looking for more stable employment.

“My former teammate Christopher Bouchard, with whom I played for a year at (Université) Laval contacted his mother, who is Breton’s vice-president and who was looking for someone in human resources,” he says. . I was interviewed and hired in mid-March. After starting at the Saint-Charles de Bellechasse plant, I now work at the head office in Saint-Bernard, in Beauce. It’s perfect for me. I am in my field and have a lot to learn. Like in a football camp where you assimilate several games when you leave, I have to learn quickly.

“As a former CFL player, I thought I could coach as I wanted after my career, but I realized that’s not the case, to pursue the Ottawa Rouge et Noir wide receiver. I still have the goal of coach and to be a sports director, but I really like what I do and my initial project has been put off until later.

“At first I thought it would be a temp job during the offseason, but I’ve grown to like it more than I thought. I can’t find the adrenaline rush of a football field and that’s normal, but I really like the teamwork. We all help each other and we are all close. I like to help people be more productive and to solve problems. I won’t be leaving overnight. ”

Dubois invited his boyfriend Moisan, who found the time long during confinement, to train in Quebec. The Alouettes’ rear center also has a bachelor’s degree in industrial relations.

“After two or three months twiddling my thumbs at the family home, I came back to Quebec City in June to train,” says Moisan. It did me good to find the guys. However, I told Marco that I couldn’t stay if I couldn’t find a job. That same evening, I got an interview with Madame Breton. I didn’t find it fair to stay home and cash my PKU check. I was zero productive for the company. “

Prepare for your second career 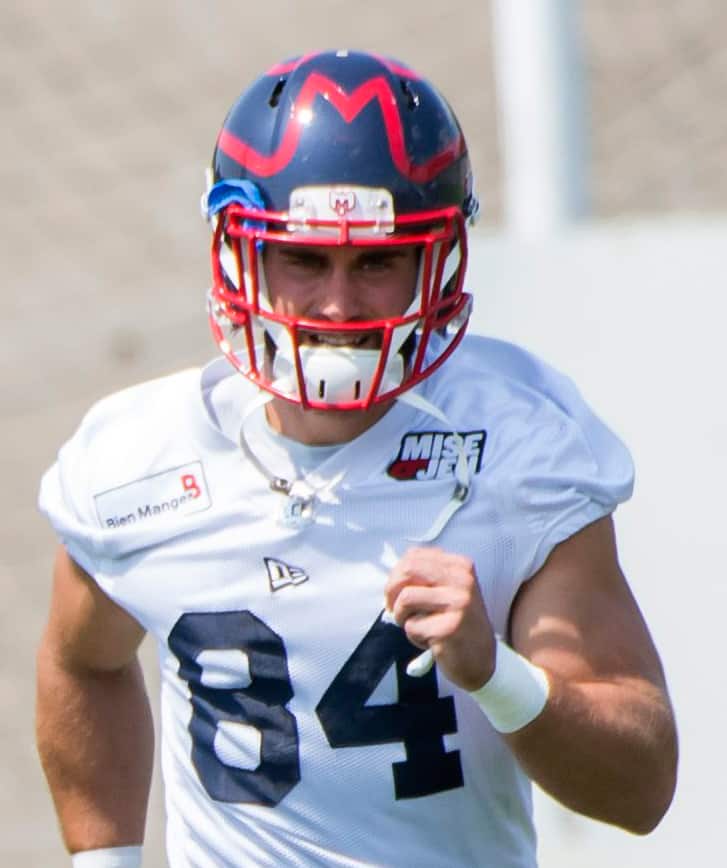 Hired as a manual employee initially, Moisan began a course a month later to obtain his immigration accreditation, which will end on January 3 at a rate of 25 hours of training per week. He has since been responsible for foreign workers.

Breton Tradition 1944 employs a hundred foreign workers, the vast majority of whom come from Guatemala in its various factories.

“I learned a lot about the legal aspect and it was a big headache at first, but Ms. Breton is the real MVP, he praises. She helps us guide people.

“I did not see myself working in human resources in the short term, but I can already prepare for my post-career”, continues the man whose members of his mother’s family live in Saint-Bernard and who had preserved memories of his visits to the pigsty, younger.

“When you don’t gain experience in your field while playing football, it often becomes a problem to find yourself a job after your career. I realize that you can’t just rely on football, and the importance of graduating. “

Moisan now wants to learn Spanish in order to communicate more easily with employees and add strings to his bow.

“My training will open several doors for me in the future because the hiring of foreign workers will not decrease,” he underlines. They are so effective and essential. There is a desire to increase the 10 percent limit imposed on the food industry. “

With more than 1,000 employees in its various subsidiaries, Breton Tradition 1944 took the organic turn in 2015 and is now certified 100 percent organic.

www.journaldequebec.com
Share
Previous Is this the future Kia Sportage that we see here?
Next The beauty of sauvignon and chenin

All is well: at 99, a Croatian survives the coronavirus

Very petite at the bottom of her bed, she gives, thumbs up, a sign that …