Aya Nakamura, the French artist who breaks all records

(Paris) She makes the planet dance with hits like Djadja and Pretty chick and is the most listened to French artist in the world. At 25, the phenomenon Aya Nakamura tells AFP “to make the music that (she) loves” and refuses to be locked in boxes.

The figures make you dizzy: four days after its release, AYA, sound 3e opus, has been downloaded more than 12 million times on the Spotify platform, thus becoming the third most listened to album in the world… ahead of that of the group AC / DC, according to figures communicated by the platform.

At the mention of these figures, the singer seems to be dizzy: “Wow, I didn’t know, it’s really great”, she enthuses. “I was a little stressed, because I had wondered if I should do the same thing as Nakamura (sound 2e album), while I wanted something else ”.

For her new opus, she explores “the feeling of love in all its facets”. “Nakamura way”, of course. With direct texts, like Prefer, a reference to her favorite sexual positions, all in very pop tones.

“I’m not inventing anything”

His second album, Nakamura (2018) is the one who changed his life. Carried by the two successes Djadja (700 million views on YouTube) and Pookie, it has sold over a million copies.

In Djadja, she recounts her romantic setbacks with an ex to whom she asks to account: “I hear atrocious lease on me”, she launches to him. “Bails”, understand things. And she continues: “As it seems, I run after you?” But it’s not okay. But you’re crazy, yeah. But how come, the world is tipeu ”. “Tipeu”, small in verlan.

“It’s not just my way of speaking, I invent nothing,” she defends herself, saying that she draws her inspiration from the slang of her Parisian suburb.

The song was successful and even ranked number 1 in the Netherlands, a first since Edith Piaf, before being covered by Colombian singer Maluma, a huge star in Latin America and the United States, who worked with Madonna and Shakira.

Ultimate consecration, she is invited to the American Coachella festival, canceled due to COVID-19, an honor that only a handful of French people can boast of, like Daft Punk and Christine and the Queens.

“Accept the culture of others”

Born in Bamako, Mali, Aya Danioko, her real name, grew up in Aulnay-sous-Bois, in the suburbs of Paris, surrounded by music. As she seeks to break through, she posts her songs on social networks and gets spotted. She chooses the name Nakamura, in tribute to a character from the American series Heroes.

In 2015, she signed with Warner Music for the production of an album, which was postponed for a year following the birth of her daughter, Aïcha. It was in 2017 that she rose to prominence with her album Personal diary, carried by the titles Behaviour and Oumou Sangaré, tribute to the Malian singer of the same name.

It was there that she laid the foundations that would become her trademark: a slang language over music with afro-pop tones. “I imposed my musical universe and that’s what I’m most proud of”, she explains. “I make the music that I like even if they want to put me in boxes”.

Popular and universal, her songs, which make Rihanna and Madonna dance, are first and foremost written from a woman’s point of view, for women. In any case, this is how she is perceived by a part of her audience, for whom the artist has broken taboos by talking about sex and female desire.

She knows that she is not unanimous: “I can understand that some say to themselves: ‘who does she think she is, to taunt us with our French language” but it is important to accept the culture of others and I have a dual culture, ”she says.

In the meantime, and while the image of a diva sticks to her skin, Aya Nakamura assures her: “I may be the most listened to (French) artist in the world, I remain someone’s mother. , someone’s sister and it’s important to share time with my family. That is the most important “.

Share
Previous Emotion after the suicide of a young Belgian entrepreneur in full confinement
Next COVID-19: Saguenay – Lac-Saint-Jean has one month to reverse the trend, says Dr. Arruda 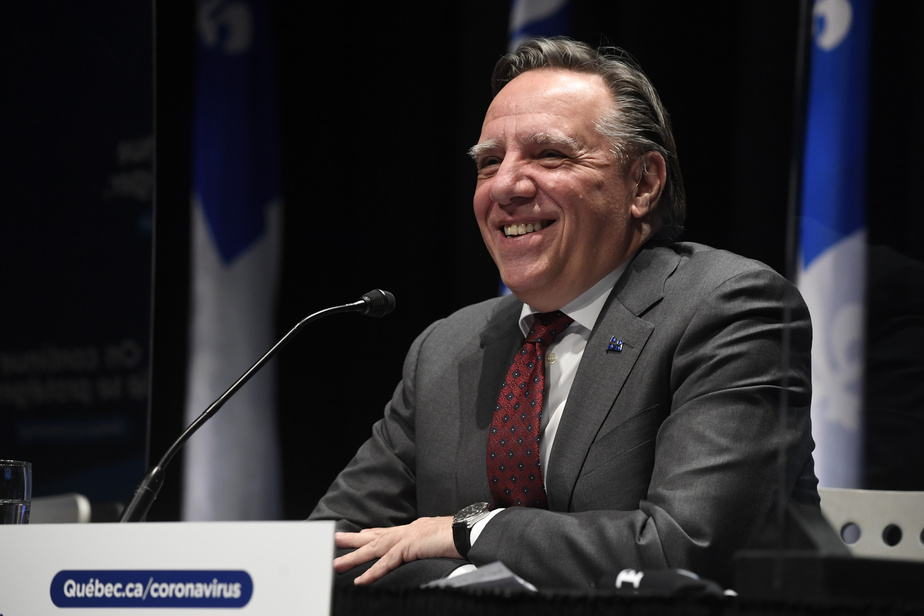