Coach who made his mark through his excellence and also through his tasty mood swings, Pat Burns left us exactly 10 years ago, on November 19, 2010.

Inducted into the Hockey Hall of Fame four years after his death, the Quebecer knew how to clearly express his message, both behind the bench and in front of the media. Some, whether players, referees or journalists, were entitled to his excess of anger. However, that did not prevent the Quebecer from obtaining quite a bit of success while attracting sympathy.

The former police officer had 501 regular season victories in the National Hockey League, which earned him 25th place in history. He also pocketed a few trophies, including winning the Stanley Cup once. A question of remembering his great career, here is a brief summary – in five cities – of his career which led him to the Pantheon.

Burns trained as a head instructor with the Hull Olympiques for three seasons, leading the Outaouais to the Quebec Major Junior Hockey League (QMJHL) championship in 1985-1986. That year, he was able to count on a formidable duo of scorers, that of Luc Robitaille and Guy Rouleau. The pair had each amassed 191 points, helping Hull to dominate the circuit with 108 points in the standings and take it all in the provincial playoffs.

Unfortunately for the coach and his troops, the dream of a Memorial Cup faded in the final, following a 6-2 loss to the Guelph Platers. In his two other seasons at the helm of the Olympiques, Burns saw his team lose in the first round of the QMJHL playoffs.

After spending a year with the club-school located in Sherbrooke, Burns was entitled to a whole promotion: he replaced Jean Perron as driver of the Montreal Canadiens. His debut at the Forum in 1988-1989 was sensational to say the least: second in the National League (NHL) with 53 wins and 115 points, as well as the Jack-Adams trophy, awarded to the instructor par excellence.

Once again, Burns came in short in a final, with the Habs bending their backs in six games to the Calgary Flames. It is the closest to the Stanley Cup that he was during his stay in the Quebec metropolis. Often angry with certain players – Shayne Corson can attest to this even today – the Quebecer lost in the Adams section final against the Boston Bruins in his last three seasons before leaving Montreal for the benefit of the Maple Leafs. Toronto in the spring of 1992.

While Jacques Demers took his place with the Canadiens, Burns joined the Leafs and like his time with his former organization, he got off to a resounding start before the situation deteriorated. He got his hands on another Jack-Adams Trophy in 1992-1993, his men totaling 44 wins and moving on to a win of reaching the final, where they would have faced the Bleu-Blanc-Rouge.

Despite the presence of prolific Doug Gilmour and goaltender Félix Potvin, Toronto also lost in the third round a year later and did not win a playoff round again under the watch of Burns, fired after 65 games in 1995-1996.

The Bruins gave Burns a chance before the 1997-98 season, after he took a year-long hiatus. It was Groundhog Day for the main stakeholder, who won his third and final Jack-Adams on his debut with his new team. He was the one who led Joe Thornton in his initial campaign in the NHL. Although he was limited to nine points in 55 outings, his instructor was patient with him and his patience paid off.

Burns stayed in Massachusetts for just over three years, being sacked early in 2000-2001. He was already on a tightrope, as the Bears had missed the playoffs the previous spring.

It was with the New Jersey Devils that Burns finally realized his ambition to win a Stanley Cup. However, it was far from easy. In his first year with the club in 2002-2003, he had to wait for the seventh and final matchup of the final against the tough Mighty Ducks of Anaheim – led by Paul Kariya and goalkeeper Jean-Sébastien Giguère, recipient of the Conn-Smythe – to drink champagne from the precious trophy.

Burns stayed on for the following season, but quit in 2005 due to the cancer he had been battling for a year. He nevertheless remained with the organization as an advisor.

www.journaldequebec.com
Share
Previous Sainte-Foy: the Le Phare project is no longer, room for HUMANITI!
Next Financing of the REM station at the airport | The opposition considers the withdrawal of Quebec “deplorable” 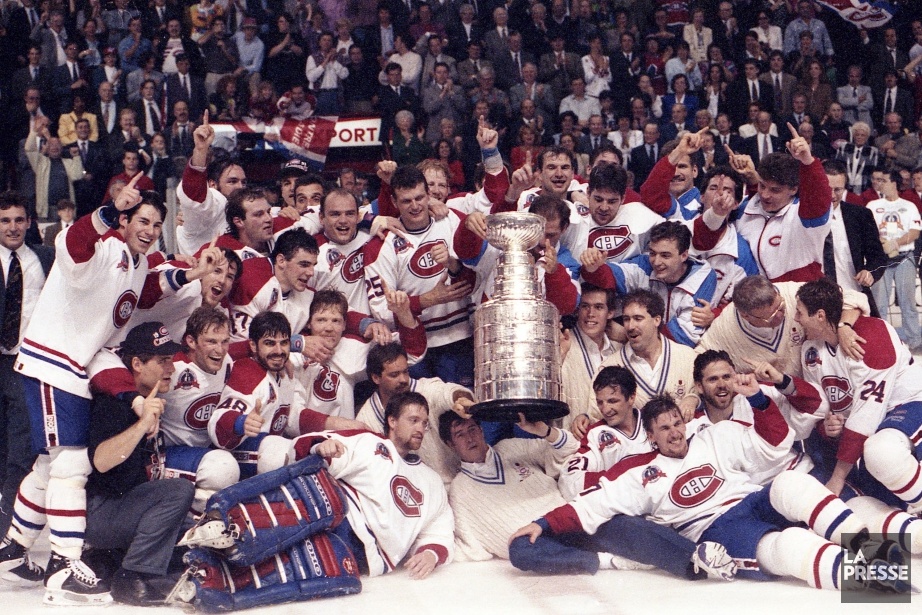