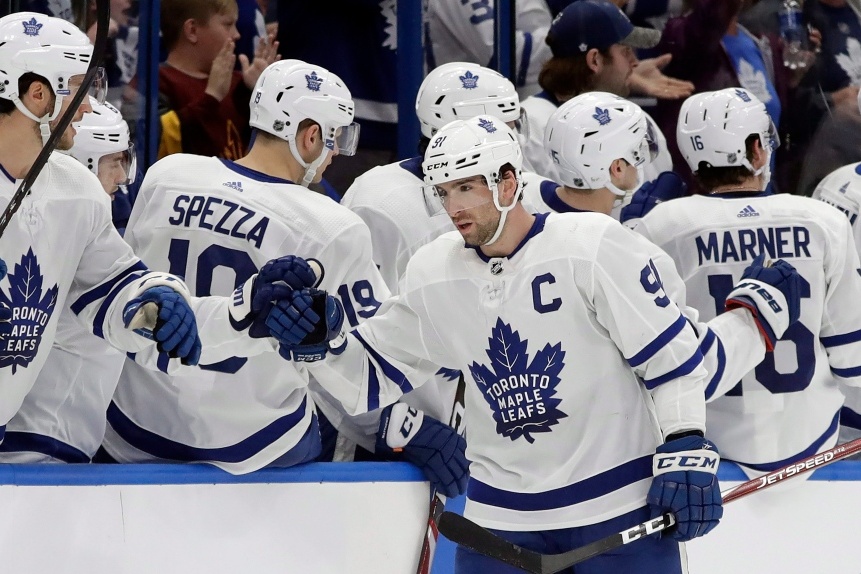 The prospect of a Canadian division is more and more likely in the next NHL season. Let’s see where the Canadiens’ potential opponents are since the end of activities. After the Vancouver Canucks, Edmonton Oilers, Calgary Flames and Winnipeg Jets, here are the Toronto Maple Leafs.

The Maple Leafs have kept their formidable attacking core with John Tavares, Mitch Marner, Auston Matthews and William Nylander, but since those four cost $ 41 million a year, it was necessary to purge elsewhere …

Two efficient wingers, Kasperi Kapanen and Andreas Johnsson, were dropped. At least we got a first-round pick for Kapanen.

Defense has changed a lot. Tyson Barrie, for whom Nazem Kadri was sacrificed a year earlier, was dropped after only a year. Cody This also took advantage of his autonomy to change sides. Barrie and Cela fell short, it must be said.

To replace them, we have just hired unrestricted free agents TJ Brodie and Zach Bogosian. We were very generous to Brodie after a 19-point season in 64 games in Calgary by offering him 5 million a year over four years.

Brodie should end up to the right of Morgan Rielly in the first pair. Jake Muzzin, and probably Justin Holl will form the second. There is a lot of hope for the most recent hire, the Finnish Mikko Lehtonen, 26, who has been a hit in the KHL for a year. Lehtonen has 16 points in as many games since the start of the season in the Jokerit uniform in Helsinki, Finland.

Young Rasmus Sandin, a first-round pick, will also fight for a position. If these two can live up to expectations, the defense will be more drinkable than expected.

But it will also be questionable if the core Maple Leafs forward is capable of pulling this club. John Tavares will begin his third season in Toronto. The Leafs still haven’t made it through the first round despite high expectations.

They lost to the dreaded Bruins two years ago, but this summer in the bubble they were unable to break through the Columbus Blue Jackets defense. They scored ten goals in five games in this preliminary round, including a goal in an empty net.

Mitch Marner has four assists in five games, Tavares three points. In twelve playoff games since arriving in Toronto, Tavares has eight points, including four goals. Marner has also amassed eight points in twelve games over the past two years and Nylander seven points. Only Matthews produced at an interesting pace with twelve points in as many games.

If youngster Nic Robertson, 55 goals in 46 games at Peterborough in the Ontario Junior League, and Ilya Mikheyev continue to improve, they will ease the pressure on the all-star quartet.

The arrival of veterans Joe Thornton and Wayne Simmonds and the return of Jason Spezza – all hired at a discount – brings experience. But do they still have enough legs?

So there are question marks in Toronto as well in anticipation of the next season. The emergence of the Sandins, Lehtonen, Robertson and Mikheyev could make a big difference.

Alexis Lafrenière’s rookie card is already very expensive. And the pandemic is no stranger to its value. The explanations of our dear Alexandre Pratt!