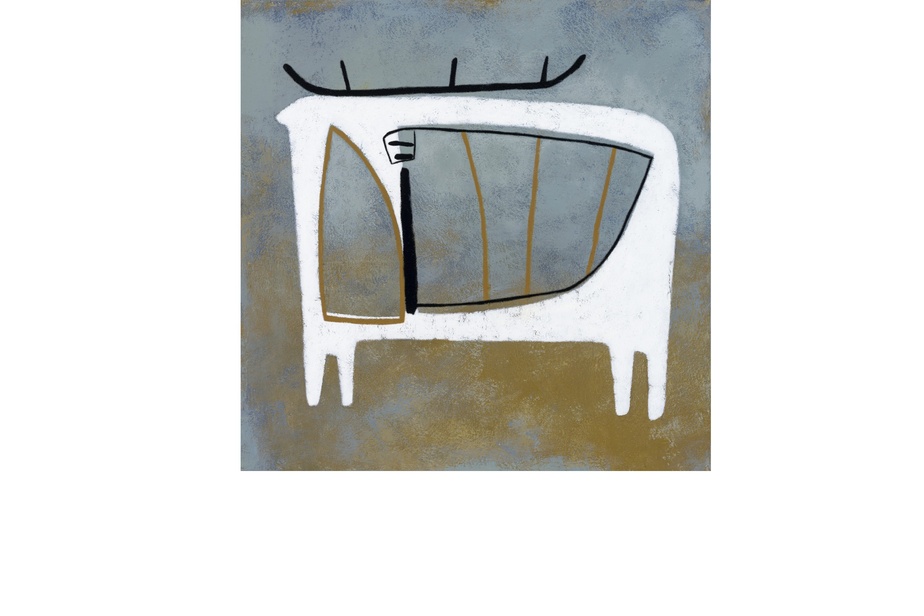 Lyne Bastien: the influence of the territory

Based in Nunavik, the Montreal painter and printmaker Lyne Bastien presents, until November 28, some 40 works at the Beaux-arts des Amériques gallery. The exhibition Territory illustrates how an artist’s style can be influenced when she lives in symbiosis at the heart of a community whose values ​​she shares.

“The territory has an impact on who we are, how we think, how we eat, how we live,” says Lyne Bastien. She made this observation in particular when she left her village of Ivujivik last year for an artistic residency in Provence.

“A region of colors which meant that when I returned to Ivujivik, I created very colorful works. [par exemple les séries Nord-Sud ou Convergence] from drawings made in Hyères, on the shores of the Mediterranean. But slowly, over time, without my realizing it, my palette returned to the colors of the North. Yes, the territory has an impact. ”

His huge polar bear hanging in the gallery window has one impact! The technique for painting the animal’s fur stems from Lyne Bastien’s training in printmaking. With a method of counter-proof and rubbing which gives random textures that are both original and strong.

Polar bears are a territorial reality for the residents of Ivujivik, the northernmost village in the province. “They breed on Pujjunaq Island, near the village,” she says. They come prowling around. In winter, we must be constantly attentive. ”

This kind of observation aroused in her the question of knowing who owns this territory. To animals ? To the Inuit? “For the Inuit, the land is shared between animals and human beings. As a White and Québécoise, I believe that this territory is that of the Inuit. I am grateful that they welcomed me there. ”

More abstract and contemporary, another bear, standing this time, throne, imperial, on one of the gallery walls. It looks like a rocket. On his body are scattered graphic elements that are not Inuit, among others kinds of scarification.

2020 has been a very productive year for Lyne Bastien. But even though northern Quebec was fairly spared from COVID-19 (there were two first cases this fall in Ivujivik), she was unable to work with her artist friends in the village. Distancing requires. She loves this way of creating at the same time. A real artistic and cultural exchange.

It is interesting how much his style has evolved and beautifully over the years. When we look at four works painted since the 90s, we notice that Lyne Bastien ended up adopting a more refined technique, a change that has been confirmed since the beginning of her stay in Nunavik.

She has been fascinated by Inuit art for over 30 years. From his studies at Concordia and his discovery of the work of Parr (1893-1969), an Inuit hunter who created drawings and prints in Kinngait, Nunavut. “Inuit imagery touched my sensitivity and the way I work, which is to simplify,” she says. But it’s often difficult to simplify. ”

In Feast II, the way of representing a bird about to eat a fish is reminiscent of Inuit art. “Focusing on Inuit art that I love so much, understanding how they work, helps me and leads me to use approaches that I didn’t know before,” she says.

Some works from the exhibition

Does this influence of Inuit art attract accusations of cultural appropriation to him? “No, but I’ve often asked myself this question,” she said. It is important to ask it. But I am not a tourist in Ivujivik. I live in the community and share my knowledge of the visual arts with them. ”

Lyne Bastien has given several printmaking workshops in Nunavik for the past six years. She collaborates with women artists, as she did for the project North-South Convergence, four large panels of which were exhibited last year at the Paper Fair, at the booth of the Toronto gallery of Patricia Feheley. “In Ivujivik, we experience a real exchange with the community,” says Lyne Bastien. Some of the village friends have become like family. ”

She accompanies Inuit families to their camp. “During these trips, adults and elders teach young people to hunt, fish, gather mussels, pick berries, clean and dry fish,” she says. I am moved by the community spirit that reigns among the Inuit. I have incredible memories of taking a beluga in Ivujivik. The beast, hoisted on the bank, was cut, divided and shared between the 44 families of the village who came to seek their share. Thanks to these experiences and these exchanges, I better understand the deep meaning given to the territory by the Inuit. I am eternally grateful to them for everything they taught me. ”

Born in Abitibi, Lyne Bastien is at ease with the natives. Her partner, Marc Vachon, has been teaching young Inuit for 30 years. “When I first arrived in Nunavik, I started to cry. I felt like I was coming home. In many of the Inuit, I saw my grandparents. My brother was also recognized as Métis in Ontario. I have the impression in Nunavik to reconnect with something that I was losing. ”

But her articulation problems and the fact that she misses her family mean that she will change territory next year to return “to the South”.

“We had a lot of fun in Nunavik,” says Lyne Bastien. I will come back perhaps for training since a permanent engraving workshop could open in a year in Ivujivik. In the meantime, after this exhibition in Montreal, she will sit down to a delicate curatorial job. “I will be co-curator for an exhibition of engravings made in my workshops by Inuit from several communities, with two artists and curators from Nunavik, Qumaq Iyaituk and Maggie Napartuk. The exhibition will take place at the Musée d’art de Joliette in October 2021. “

> Visit the website of the Beaux-arts des Amériques gallery

Share
Previous COVID-19: a captain hired by the health network
Next 2020 Volkswagen Golf GTI: still in the game 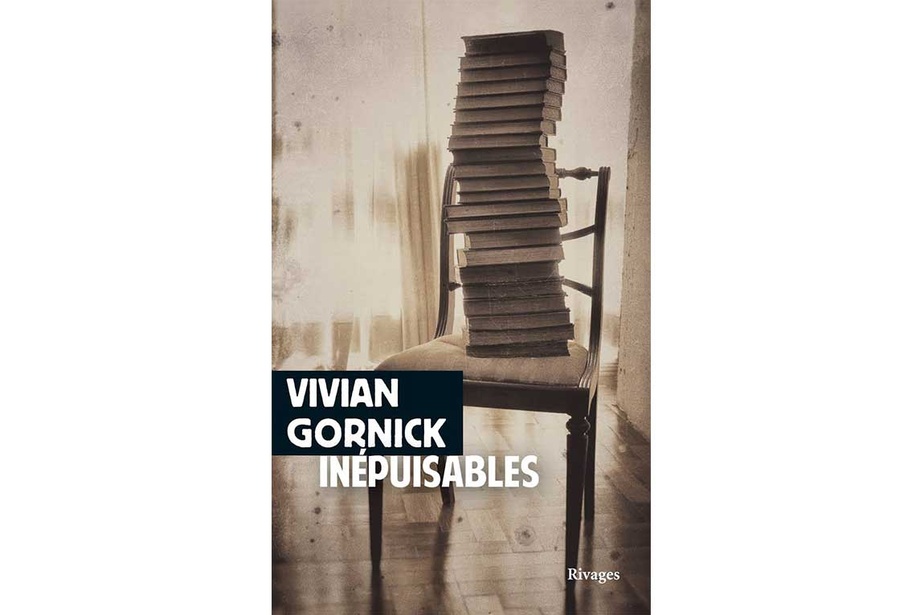 Inexhaustible – (Re-)reading notes: the books that build us ★★★½

Playlists are in fashion. In the Guardianrecently, Elena Ferrante shared her list of 40 favourite …