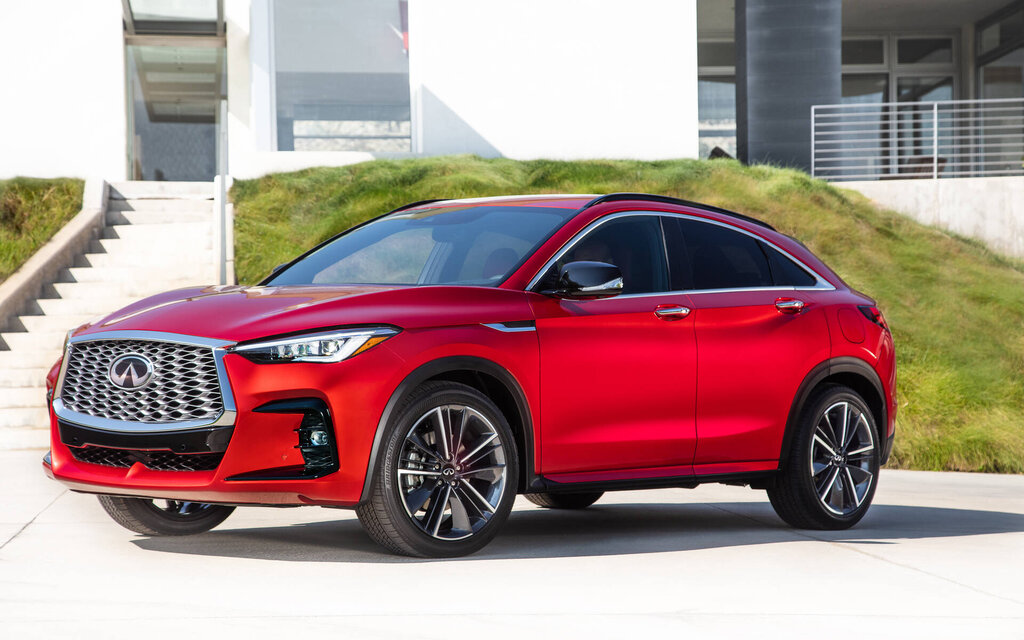 Eager to regain market share in the very competitive luxury SUV niche, Infiniti has arrived with the QX55. A sportier “coupe” utility with a sportier look than the QX50.

Infiniti has also confirmed that the two models will coexist within the range. A logical decision, which follows that of German manufacturers who all have cut SUVs, less practical, but whose line is very popular with buyers.

If the front part of the QX55 remains very similar to that of the QX50 that we already know, it is especially the rear that has been more profoundly redesigned. Particularly the LED taillights, whose shape has been particularly refined.

Infiniti also told us that the inspiration came from the QX60 Monograph concept. This is particularly noticeable for the grille with its complex surface and on the lower part of the bumper.

Same mechanics as the QX50

Under the hood, we find the 4-cylinder turbocharged released on the QX50. With a displacement of 2.0 liters, it develops 268 horsepower and 280 pound-feet of torque.

And of course, it retains its specificity, namely its variable compression system. Indeed, this engine is able to vary its compression ratio from 8: 1 to 14: 1 depending on the conditions encountered and the needs of the driver. It is still mated to a continuously variable CVT transmission.

This powertrain distributes its power via non-permanent all-wheel drive. Supplied as standard, all-wheel drive can transmit up to 50% of torque to the rear wheels in the event of poor grip. And if the weather conditions are good, the front axle recovers 100% of the torque for the benefit of fuel consumption.

Finally, the QX55 comes as standard with autonomous emergency braking, the blind spot detection system and pedestrian detection. It is also possible to opt for Pro-Pilot Assist, the system that groups together the manufacturer’s driving aids, as an option. An active noise control system reduces rolling noise, and the sound of the exhaust is transmitted through the speakers when the more sporty driving modes are engaged.

Less roomy than a QX50

Like all coupe SUVs, the QX55 is logically less roomy than a QX50 because of the lowered roofline. While the trunk of the QX50 offers 895 liters, we only have 761 liters on board the QX55. A difference which is not negligible.

In the passenger compartment, the QX55 makes up for it with its sliding rear seat, a very practical element which keeps good modularity. No surprises on the dashboard side, where we find a design similar to that of the QX50, with two screens measuring 7 and 8 inches respectively.

Connectivity has not been forgotten, with a 4G LTE and Wi-Fi connection that allows up to 7 devices to be connected simultaneously. A good point for a family vehicle. Apple and Android phones can obviously be paired with the multimedia system, and in the case of Apple CarPlay, the connection is wireless.

The Luxe and Essential Pro-Assist models benefit from aluminum inserts, while the top-of-the-range Sensory model replaces these metallic elements in favor of black maple accents.

The new Infiniti QX55 will be available in spring 2021 at Canadian dealers; its price has not yet been announced.

www.guideautoweb.com
Share
Previous Covid: Ontario could extend the school break after the holidays
Next For Tourigny and Junior Team Canada, the bar is already high 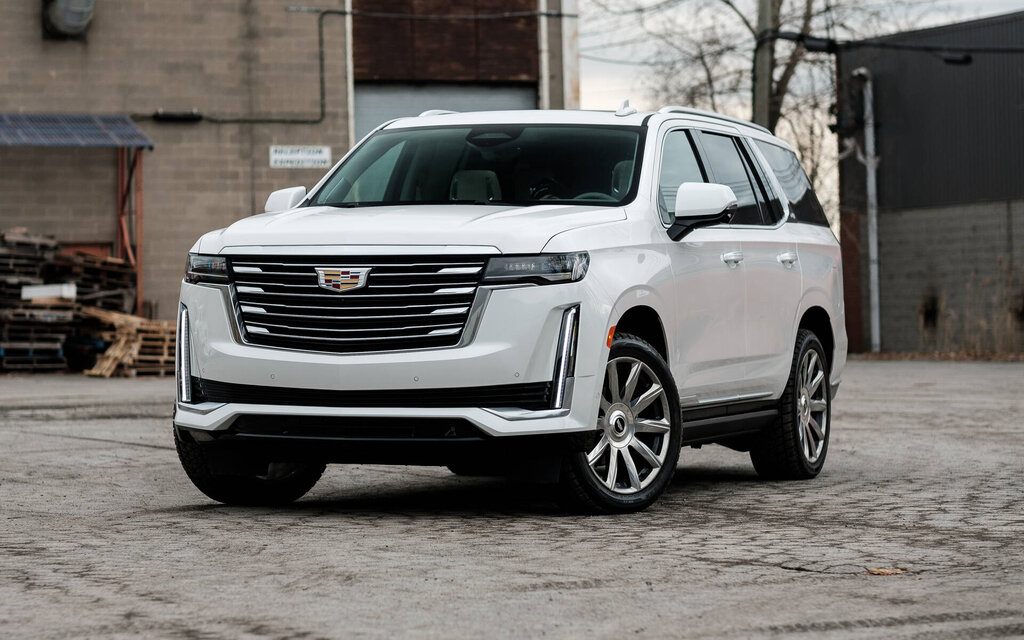