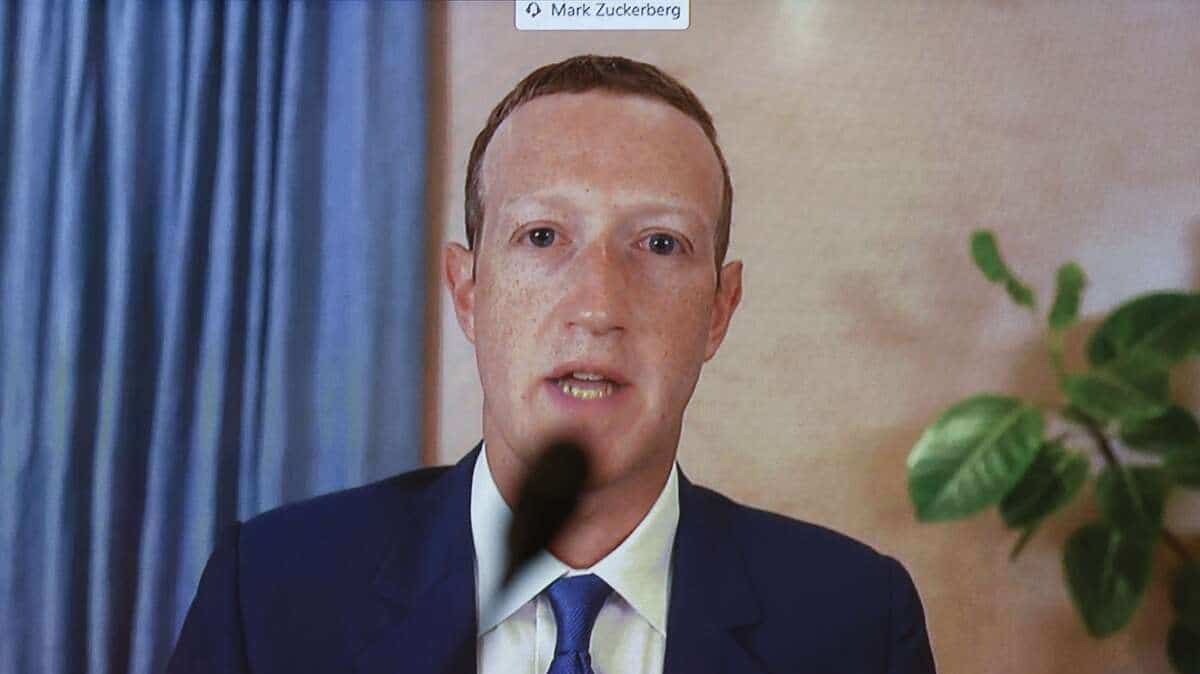 The founders of Twitter and Facebook were again questioned on Tuesday about the power of their platforms on political debate by senators divided between Democrats, who would like them more strict, and Republicans, who feel discriminated against.

• Read also: Misinformation: “Facebook is part of the problem”

“It looks like you have become the ultimate editor,” said Lindsey Graham, the Republican chairman of the judicial committee that organized this hearing on “the management of the 2020 election”, and the “censorship” including Donald Trump and its allies consider themselves victims, despite their considerable audience on these networks.

He criticized the two networks in particular for their decision to limit the circulation of articles from the conservative daily New York Post, which claimed to provide evidence on a corruption case involving Democrat Joe Biden, about two weeks before the presidential election.

“We would never let the government regulate what the press writes, but we allow private companies, which have become de facto public forums, to regulate speech,” said Senator John Cornyn. “I don’t want to delegate these decisions to you any more than I would like to let you vote in my place.”

Jack Dorsey (Twitter) and Mark Zuckerberg (Facebook), hearing in the Senate for the second time in less than a month, have defended the measures taken during the elections to curb disinformation and attempts to discredit the democratic process.

Their rules have led them to pin down and curb the spread of scores of messages from Donald Trump – followed by nearly 89 million users on Twitter – who refuses to concede victory to Democrat Joe Biden and accuses American states of fraud.

But “our rules are not based on any ideology,” said Dorsey. “We strongly believe in fairness and we apply Twitter rules fairly.”

Notes, such as “this assertion on electoral fraud is disputed”, appear under numerous tweets of the tenant of the White House. Insufficient, for Democratic Senator Dianne Feinstein, since the tweets remain visible.

“Mr. Zuckerberg, how many times (Steve Bannon) has he the right to call for the murder of senior government officials before Facebook suspends his account? ”Asked Senator Richard Blumenthal, also a Democrat.

He also made murder calls against Dr Anthony Fauci, director of the Institute of Infectious Diseases, and FBI boss Christopher Wray. Facebook deleted pages that relayed Mr. Bannon’s comments, but not his account.

Republican and Democratic Senators agree on the need to reform Section 230 of the Communications Decency Act, which prevents lawsuits related to content posted by third parties on the platforms.

Jack Dorsey and Mark Zuckerberg have also declared that changes are necessary to this text which guarantees their legal immunity and has largely enabled them to build their giant networks.

“The challenges we face are greater than any other platform,” noted the boss of Facebook. “It is about striking a balance … to protect freedom of expression, public safety and privacy. I therefore believe that we could benefit from clearer guidance from politicians ”.

He reiterated that he did not want to be an “arbiter of truth”.

These talks about the power of Silicon Valley are expected to continue over the coming months.

On October 28, the two leaders had already been auditioned, along with Sundar Pichai, the boss of Google (and therefore of YouTube), on Section 230.

Several senators discussed other issues on Tuesday, such as accusations of anti-competitive practices, public dependence on networks or the regulation of personal data.

Investigations are also underway at the level of the federal authorities into possible abuses of a dominant position.