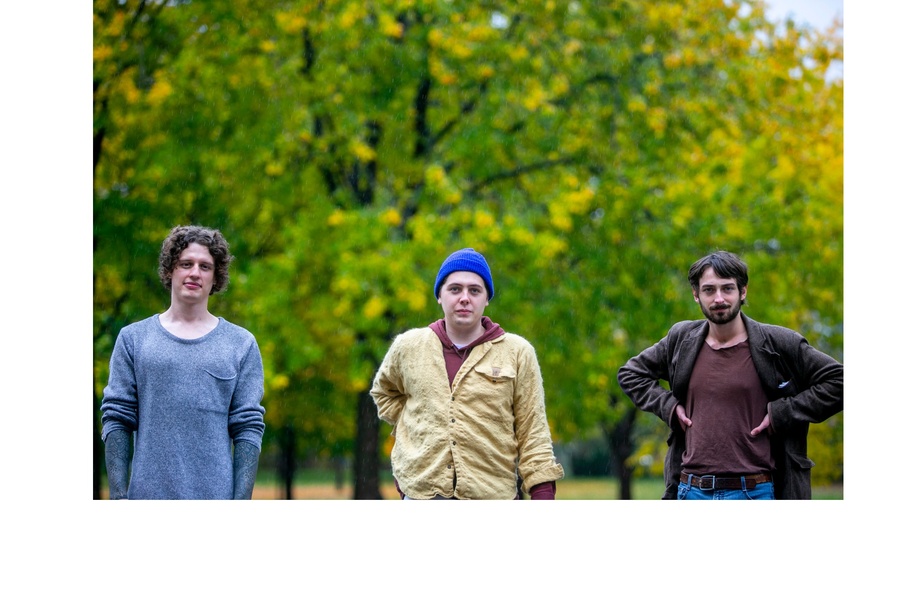 The group Population II recently released their first album, To O Earth, with the renowned Californian label Castle Face Records. Just in time for the M for Montreal showcase festival, which will take place in virtual mode from November 18 to 20 and whose trio is part of the official selection. Interview with multi-instrumentalist Tristan Lacombe.

The origins of Population II

The trio is made up of two friends since adolescence, Sébastien Provençal (bassist) and Tristan Lacombe (guitars and keyboards), as well as singer Pierre-Luc Gratton, who joined the group late. Population II, this is how we name “the older stars that we cannot see in the sky,” says Tristan Lacombe. I liked the idea of ​​something that is there, but that you can’t see because it shines less ”. Population II, it’s also the title of a cult album – or rather bootleg – by Randy Holden released in 1970 (reissued last February). According to popular music historians, Population II would have been the first heavy metal music album with its heavier psychedelic rock. But as the opus has never had an official release, it is rather to Black Sabbath that this title belongs.

One thing is certain, we can qualify the music of Population II as “starry” rock because it radiates in many directions. ” We are nerds who listen to too much music, ”says Tristan Lacombe. “Jazz, folk, punk, psychedelic rock. Bands like Soft Machine, The Stooges and MC5 ”, lists the multi-instrumentalist. And the pen of Pierre-Luc Gratton? “Romantic, introspective… which makes us meditate on our trials. “Population II has been giving shows since 2015.” It’s our strength. We got used to playing tunes that didn’t come out. »The extract There was a silence in the sky Tristan Lacombe particularly likes and defines the group well. “Contrasts and a super intense flight at the end. It’s the one I prefer to play. ”

Extract from the song There was a silence in the sky

Emmanuel Éthier signs the realization ofTo O Earth. Éthier is a chameleon director who has guided Catherine Durand, Peter Peter and Pierre Lapointe in the studio as well as Corridor, le P’tit Belliveau and Choses sauvage. “In the studio, Manu just wanted us to play the songs live as in spectacle. But we have redone them many times! says Tristan Lacombe. Manu really allowed us to improve and mature […] We wanted something more concise than our EPs and less jams. ” The third, fourth and sixth songs ofTo O Earth were even one long and the same piece originally. Conversely, if the part Introspection makes 4 minutes and 40 seconds on the album, Population II can stretch it for 15 minutes in a show.

Extract from the song Introspection

A contract with Castle Face Records

Population II owes a lot to Emmanuel Éthier. Not only for making their debut album, but also for submitting the trio’s album to John Dwyer, from the Californian label Castel Face Records. You should know that the group of Ethier, Chocolat (which includes Jimmy Hunt), toured with the group The Oh Sees, Dwyer’s group. So here is Population II under contract with Castle Face Records. “We didn’t believe it. It’s like a dream. This increases the radiation ofTo O Earth, especially internationally.

Population II to release a music video for their song This is not a dream. Another room whose opening “calm” is unleashed, says Tristan Lacombe with a laugh. The public can also watch online the show the trio put on in the dome of the Society for Arts and Technology (SAT) last August. There was a virtual album launch on November 7, live from the ANTI room, in Quebec City, then there will be a performance as part of M pour Montréal. While waiting to go back on stage in front of an audience present in flesh and blood, Population II is already working on its second album.

Must see in M ​​for Montreal

M for Montreal usually hosts hundreds of international delegates. This year, the showcase festival will boost the export of music from here abroad from November 18 to 20, in virtual mode.

M for Montreal does not change its formula of conferences, networking and its “official selection” of artists. The event did not skimp on the means to enhance them despite the pandemic.

The virtual performances will take place within the framework of two television programs, produced by Éric Morin and Because Films, with Pestacle’s contribution to the scenography. The decorations and lighting will evoke the mythical Ed Sullivan Show 1970s and The Word from Limehouse Studios in the 1990s.

M for Montreal will also present on November 20 an intimate solo performance by singer-songwriter Mac DeMarco, live from his home in California. Tickets are on sale on lepointdevente.com at a cost of $ 20.