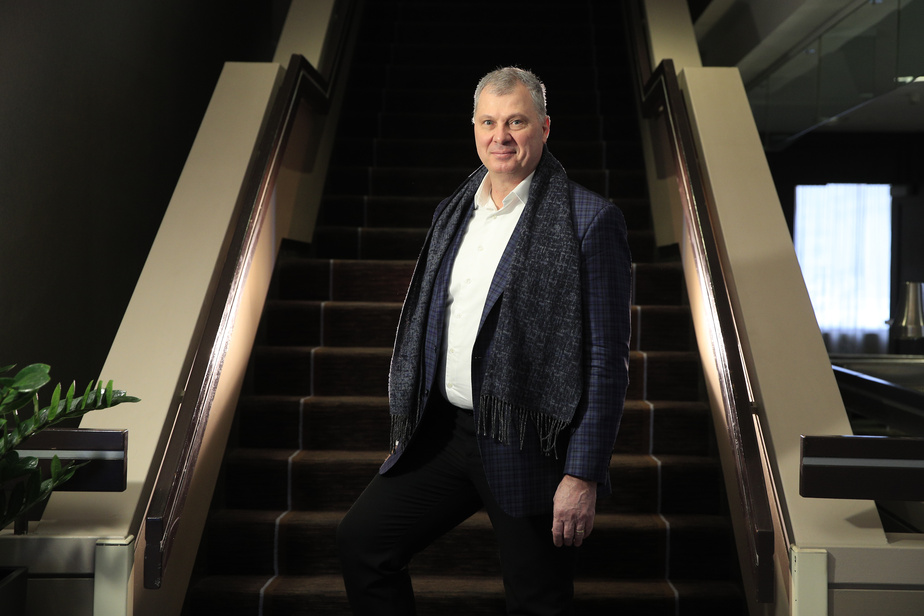 When it comes to the pandemic, there aren’t a thousand and one solutions for the Canadian Football League (CFL). It must have supporters in the stands of its stadiums in order to be able to play a season.

And that’s basically what Commissioner Randy Ambrosie confirmed on Monday afternoon. The CFL hosted a week of virtual dates, an event it called “Celebrate the Gray Cup”. Kicking off was Randy Ambrosie’s annual check-up with fans as he took stock of the current state of his circuit.

“We are working hard and we are optimistic that we will be able to resume our activities in 2021. We are moving forward. We know our fans love our league and we won’t let 2020 destroy us. We were put to the ground by the pandemic, but like all good football players, we are going to get up. This is the message we want to convey this week, we are ready to return to the caucus for the next game. ”

The recent good news about the effectiveness of vaccines from Pfizer and Moderna has given the CFL a wave of optimism, which is even strongly considering the possibility of unveiling a schedule for the 2021 season soon.

“I told my team this morning [lundi] that we would get out of our calendar as soon as we got the green light from all the parties involved. It will be in the near future. Our calendar for 2021 is ready.

“It is still very early, but in our discussions with the people from Public Health, they believe that we could perhaps see a certain return to normal by the end of the summer or the beginning of next fall. Ambrosie said.

“We are in constant communication with the world of sport, and not just in North America, everywhere on the planet. We are discussing the means that could allow us to welcome our fans in the stadiums in the safest possible way. The same is true for the entire entertainment industry. We keep our eyes open and we analyze all the possibilities. ”

Without going into details, Ambrosie confirmed that the league has developed several scenarios for 2021. According to the former offensive lineman, however, the CFL should be able to focus on one of these soon.

“We have not yet chosen which scenario will be preferred. It will in part be determined by the pandemic and what unfolds. We have developed several different scenarios, from the most optimal to the least optimal.

“The announcement of this second vaccine [celui de Moderna] today [lundi] leads us to believe that the moment is approaching in order to be able to make a decision as to which scenario will be favored in order to play in 2021. ”

What seems pretty clear is that the chosen scenario will involve the presence of supporters in the stadiums.

“The best solution for the CFL is to be able to open our stadiums and have fans in the stands. It’s the best scenario for our league, but we continue to explore all avenues, ”said Ambrosie.

Our most important source of income is ticket sales, and that will be so for quite a while.

Ambrosie confirmed that discussions between the CFL and the federal government have continued in recent months. Recall that the circuit had tried to obtain public money in order to be able to play a season in 2020, but in vain.

“When we had to cancel our season, the federal government invited us to continue our discussions with it. We kept this channel open, but we didn’t limit ourselves to that. We analyze all the options available to us in order to find capital. ”

The commissioner thanked the league’s sponsors, as well as its broadcasters, TSN and RDS. “I thank our sponsors and partners, who have stayed with us over the past year. They supported us and helped us. ”

In light of recent announcements from Pfizer and Moderna, the CFL can indeed look at its near-term future with a little more optimism than a few months ago, needless to say. Several obstacles will still have to be overcome before it can resume its activities in the spring or next summer. There is in particular the question of the American border …

“This is indeed one of the many issues we will have to deal with. I will be optimistic, because we see the end of the tunnel. I hope that the good news about vaccines continues and that border restrictions are lifted when vaccines reach our communities.

“We’re only in mid-November, so there’s still a lot of time ahead of us. But it is certainly an issue that we are following closely. ”

The question of the collective agreement will also have to be settled. No one knows what the new employment contract will look like.

“I know the situation has been very difficult for our players. What we want to do is talk to them to find the best ways to take this league to new heights.

“I think when the CFL returns to play in 2021, it will be the start of a renaissance. ”