Where does bad taste begin in music? What is guilty pleasure? Is the “new age” singer Enya one of them? These great existential questions are at the heart of an entertaining little book written by pianist, producer and composer Chilly Gonzales. From Germany, where he now resides, the Montreal musician explains his approach.

(Not) guilty pleasures tackles improbable subjects: singer Enya and the alleged “bad taste” in music. Why did you write this brochure?

A German publishing house offered to write a book about an artist. I thought of lots of people I’m a fan of, Lana del Rey, Nina Simone, but that didn’t inspire me more than that. I said to myself: if I’m writing a book, it must translate my own philosophy of music and allow me to talk about myself. I’m not his number 1 fan, but as soon as I thought about Enya, it gave me lots of ideas.

What inspired you so much? Many people laugh at this well-known new age singer …

His music has less ego because it is related to folk music. It spoke to me. And I realized that I really liked those reassuring maternal female voices, which I missed a bit in my childhood. I also like the fact that we don’t really understand her words, that she uses orchestrated sounds, but synthetic …

It all seems to be pure pleasure. Why do you associate it with guilty pleasure?

Enya is considered a guilty pleasure, because her music is reassuring. It is seen as music that poses few intellectual challenges, music that is first and foremost a balm. Many people are torn between this kind of music, which they instinctively love, which almost brings them back to childhood, and more “adult” music, which corresponds to the definition of oneself, to the social group to which we want. to belong. “Guilty pleasure” is the term to rationalize the conflict between these two attractions. The brain and the body. The thesis of my book is that we should perhaps listen more to this instinctive taste and a little less to this intellectual taste. To be more in touch with this taste of our childhood and to enjoy the pleasure without guilt.

Even if it means going easy, without intellectual challenge?

Yes. The things that I like intellectually, I know they don’t last. I appreciate, I understand. I admire the references. But this pleasure will always be more fleeting than something physical. The physical stuff that unlocks emotions is worth more to me than the stuff that unlocks ideas. Of course, intellectual taste is important. Maybe the music that works best is the one that works on both levels.

So when you call Enya a “visionary”, is that not irony?

You think she is not visionary because her music is not “difficult”. But she is visionary in the way she manages her career. She has sold almost 100 million albums without touring, without doing interviews, without making a single, without understanding her lyrics, without being on social media. It’s not Björk. It’s not Grimes. This is Enya, the “badass” par excellence.

In the end, it’s its anti-static side that fascinates you …

Yes. I like this apparent contradiction between her music, consensual, reassuring, and this career that she manages without compromise.

At the end of your book you write: “Comfort will always be my rival”. Are you not at odds with yourself?

When I speak of comfort, I speak as an artist. I must not be comfortable, so that I can be more authentic. Because the less comfort there is, the fewer questions we ask ourselves, the less “over-reflection”, little intellectualisms, little voices of doubt that interfere in a process that should be instinctive. “Discomfort” means that we work faster and more honestly. The less comfortable I am, the more I am myself. If the result is reassuring and comforting, through my piano albums for example, well so much the better!

Is it in this spirit that you recorded your new Christmas album, where you sing well-known hymns and pop Christmas songs on the piano?

Yes, it has to do with the theme of the book: to make music that can bring people together, that is less infused with the composer’s ego. Sometimes we have a snobbery towards useful music, which has a very specific social function. Christmas carols, for example. It is music that is made to include people, to celebrate this moment of communion. It’s the music that was there before our culture of individualism. You have noticed ? There is never the word “I” in a Christmas carol. It’s not “I’m having a holy night,” it’s all of us. It attracts me a lot.

For a party record, A Very Chilly Christmas is still quite melancholy.

Where were you in 2020, man? We will celebrate Christmas differently this year and luckily there is my album. It’s almost an act of resistance to say no, we’re going to make music that is more authentic, more realistic. Otherwise, it’s the forced smile. Christmas albums have become such a dollar machine. They are made quickly, cynically, just to make money. It’s horrible. I wanted to do something else.

In short, it’s music for a confined Christmas …

Yes, it is for that. I had the idea in the spring, I knew it would last a long time and that we would have a different Christmas. I have the impression that with this confinement, people have understood that music has its role to play, that they are less in judgment. They need music to reassure, to feel less alone.

And for you, how is the confinement going?

I have a Christmas tour that has been canceled. I take this opportunity to write other music, to learn things about myself. There are things in my personal life that have changed for the positive and the negative, just like everyone else. It inspired me. Change means adapting and adapting, that’s what makes the artist. 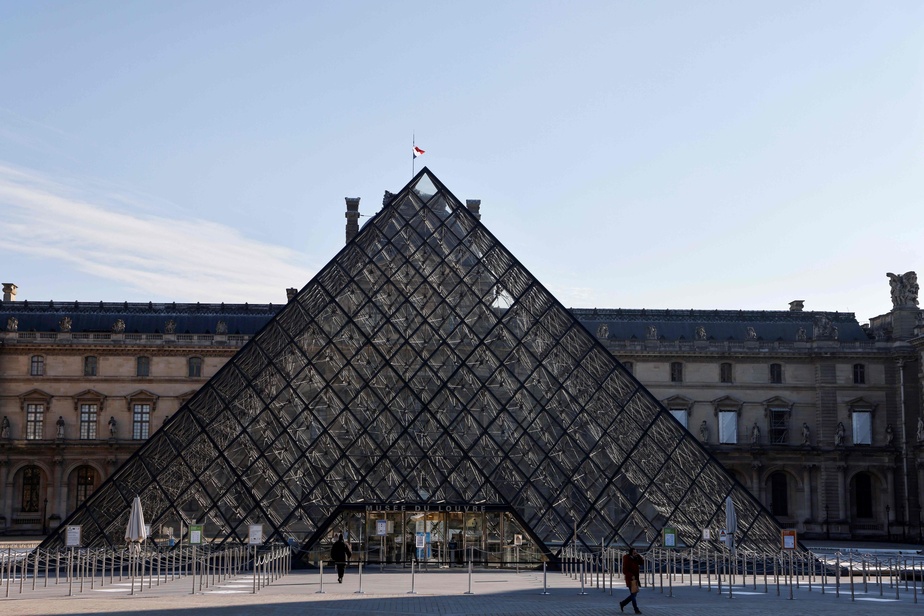 The Louvre is auctioning off paintings offered by artists