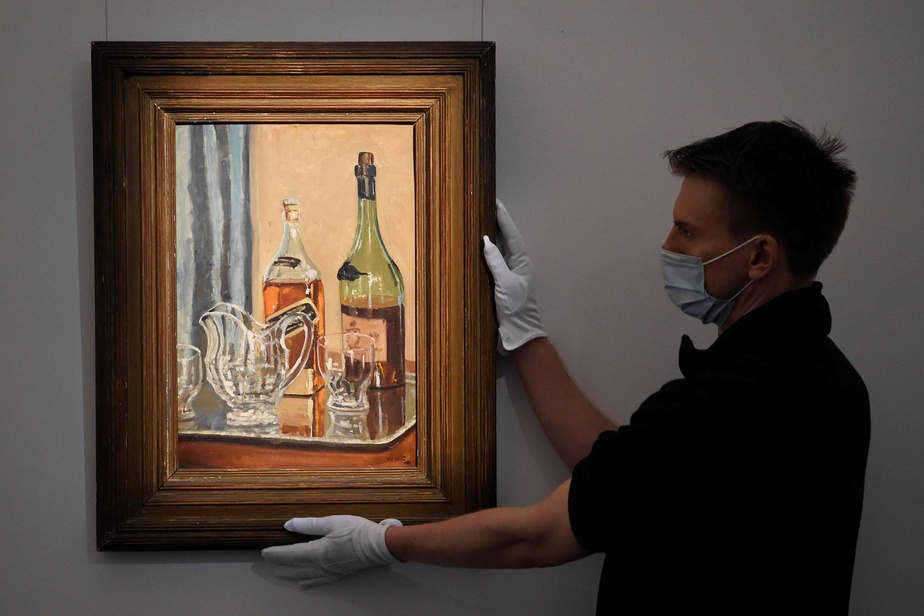 A canvas by Winston Churchill showing his favorite whiskey sold for 1.7 million

(London) A painting by Winston Churchill depicting a bottle of the British statesman’s favorite whiskey was sold for 983,000 pounds (1.7 million), or just over a million euros, at Sotheby’s on Tuesday , the auction house said in a statement.

The still life depicts a bottle of Johnnie Walker Black Label, a drink he drank frantically, as well as a bottle of brandy, a pitcher and two glasses. It had been auctioned with a high estimate of £ 250,000 ($ 435,000).

The painting was painted by Winston Churchill in Chartwell’s family mansion in the 1930s.

Conservative Prime Minister during World War II, he offered it to American businessman William Averell Harriman, who was US President Roosevelt’s special envoy to Europe in the 1940s.

Harriman was notably photographed in 1942 in Moscow with Churchill and Joseph Stalin, and became Ambassador to the Soviet Union in 1943.

Harriman was having an affair with Churchill’s daughter-in-law, Pamela, wife of his son Randolph. The two lovers married in 1971 and the painting was sold to American collectors, now deceased, after the death of Pamela Harriman in 1997.

A painting by Winston Churchill, The Goldfish Pond at Chartwell, was auctioned for a record 1.8 million pounds (3.1 million) at Sotheby’s in 2014.

Share
Previous Podcast: the Raptors’ season review (2/2)
Next COVID-19: Legault calls on the Saguenéens to reduce their contacts