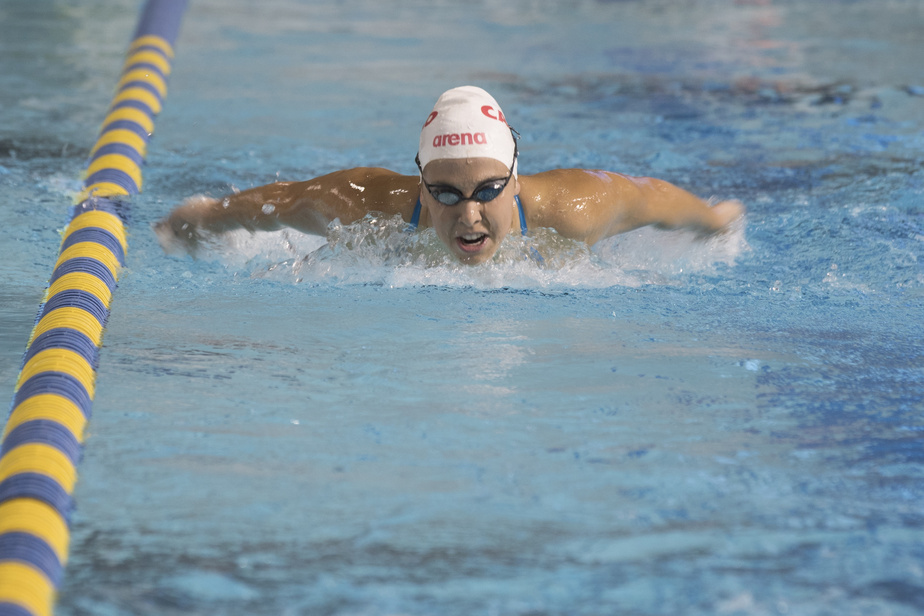 Swimming | A victory and other personal marks for Mary-Sophie Harvey

Mary-Sophie Harvey once again outdid herself in the International Swimming League (ISL) semi-final which concluded Sunday in Budapest, Hungary. In addition to helping her Energy Standard team to win her match, the Quebecer took the opportunity to establish three new personal brands.

The Trois-Rivières swimmer started her weekend strong on Saturday by improving two Quebec records. She first set a time of 2 min 6.67 s in the 200 m individual medley, where she placed 6e, before concluding the 50 m backstroke with a time of 26.37 s and a 7e square.

Harvey continued on Sunday in the 200 butterfly, stopping the clock at 2:06, a good time for fourth and another personal best.

“I’m really happy to see more improvement even though we are in our fifth game of the competition,” said Harvey, who ended his weekend of work with a fifth place finish in the mixed 4×100 relay. m freestyle.

The 21-year-old thus ends his semi-final with a total of 12 points, but above all, with the hope of being able to do even better in the final scheduled for next weekend. “As soon as I finished my races, I already knew that I could improve things! It will be important to do well in the final and I can not wait to be able to work on that in the next few days. “

Towards a second title

The Energy Standard squad took one step closer to their title defense by winning their semi-final. His total of 580 points put him ahead of the London Roar (517.5 points), the Tokyo Frog Kings (380.5 points), as well as the New York Breakers (239 points).

We are really happy! We expected it to be a little tighter in the scoring, but we all raised our level, especially in the second day, and it made a big difference.

His team at the same time recorded a fourth win in a row, which bodes well with less than a week from the final meeting. “I think the semi-finals were important to continue our winning streak, but our goal has always been the final,” she said. We’ve been preparing for this from the start and we’ve never stopped improving. “

In addition to the London Roar, the Energy Standard team will face the top two teams from the other semi-final which ends on Monday. This pits the Cali Condors, champions of the preliminary calendar and the only opponents to have won in front of the French team, as well as the LA Current, the Toronto Titans and the Iron.

“We will be watching the Cali Condors closely, because they will probably be our biggest rivals for the final. But regardless of the opponents, our preparation will remain the same for this week and we will be ready, ”she concluded.

Share
Previous Pandemic: laboratory bosses enrich themselves and raise questions
Next Criticism | The teeth of love: naughty canines, for the love of the pun ★★★ ½